The typhoon swept across the Philippines on Christmas Day and caused widespread destruction, communication and travel disruptions; forcing people to celebrate the holidays in detention centres. 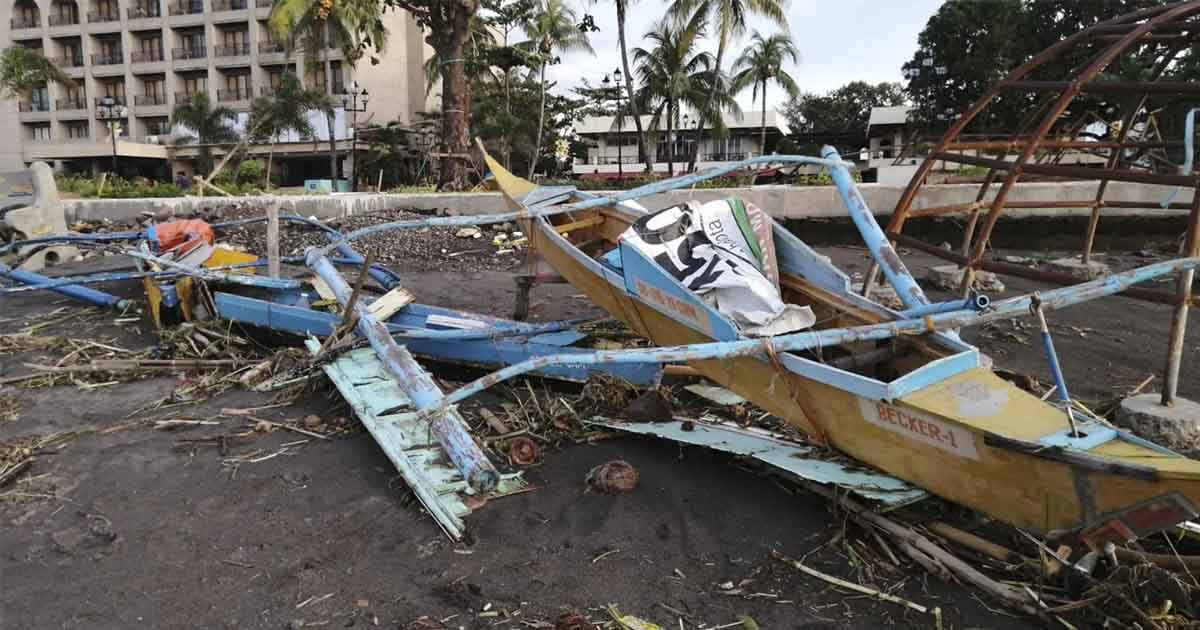 The death toll from Typhoon Phanfone’s battering of the Philippines on Christmas Day has risen to 28, and will likely climb further, authorities said on Friday.

The storm, with wind gusts of up to 200 kilometre (124 miles) per hour, swept across remote villages and popular tourist destinations in the central Philippines. It first hit the Eastern Samar province on Tuesday and swept across the Eastern and Western Visayas regions and Southern Luzon on Wednesday.

Authorities on Friday confirmed 28 people had died, up from 16 on Thursday, as information came in from badly hit areas where internet and mobile phone networks had been cut.

The Philippines is the first major landmass facing the Pacific typhoon belt, and is hit by an average of around 20 storms a year

“The likelihood is present that the casualty count will still increase. We’re hoping against it,” national disaster agency spokesman Mark Timbal told AFP. He said at least 12 people were still listed as missing.

Among those killed were several members of a family who drowned, a policeman electrocuted by a toppled post while patrolling and a man struck by a felled coconut tree.

WEATHER UPDATE: Typhoon #UrsulaPH (#Phanfone) continues to linger west of Luzon (inside PAR) and has climbed in the same latitude with Zambales-Pangasinan provinces.

The tail-end of the cold front is affecting Northern Luzon.

The Philippines is a mostly Catholic nation, and Phanfone ruined or disrupted Christmas festivities for hundreds thousands of people.

The typhoon displaced tens of thousands living on the coast and low-lying areas who were forced to celebrate Christmas in evacuation centres.

Others missed family reunions, with plane and ferry services cancelled. It also hit Boracay island, famed for its white sand beaches which draws more than a million tourists a year.

Coconut trees were uprooted on Boracay and windows in some resorts were blown in during the storm, and ferry services to and from the island were cut on Wednesday and Thursday.

The storm, with wind gusts of up to 200 kilometre (124 miles) per hour, swept across remote villages and popular tourist destinations in the central Philippines

However no one died on Boracay, and the damage was not on the scale of badly hit coastal towns elsewhere in the central Philippines.

The Philippines is the first major landmass facing the Pacific typhoon belt, and is hit by an average of around 20 storms a year. Phanfone, locally named “Ursula”, is the 21st cyclone to hit the Philippines in 2019.

Many of the storms are deadly, and they typically wipe out harvests, homes and infrastructure, keeping millions of people perennially poor.

Though much weaker, Phanfone tracked a similar path as Super Typhoon Haiyan — the country’s deadliest storm on record which left more than 7,300 people dead or missing in 2013.

Phanfone blew out into the South China Sea on Thursday morning. It was tracking towards Vietnam on Friday but forecast to weaken signficantly into a low pressure area well before making landfall again.