PIA is only Airline in World transporting deceased Free of Charge

Marred by monetary irregularities, maladministration, and dwindling profits, PIA beats toughest competitors in the industry with its humanitarian service of providing free transportation of the deceased. PIA is smoothly heading on its journey of regaining its lost glory 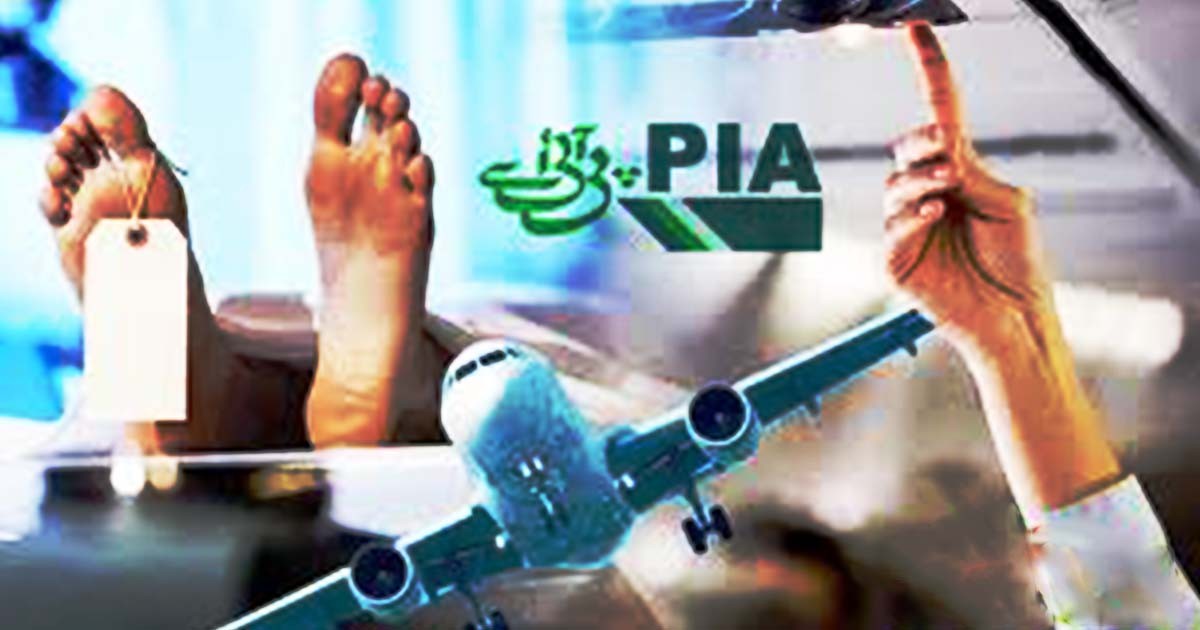 Despite its glitches, Pakistan International Airlines (PIA) is among the airlines to offer a rare service of carrying the deceased people to their home free of cost. As compared to many of the leading airlines in the world’s aviation industry who charges a hefty amount to passengers for transporting coffins to the home country, PIA has set a humanitarian example of assisting and sharing the pain of the bereaved families.

Pakistan International Airlines, which is desperately in need of cash inflows to pull its marginal profits, refrain from adding agony to the pain of the family by providing free service, which otherwise costs additional expense of thousands of dollar if transported by any other airline.

Costs Incurred in Transporting the Coffin

Transporting the coffin to home country through air service is the most cost-incurring phase, for expats living abroad, in the entire funeral process. International airlines usually charge up to $10,000-15,000, such costs are usually unplanned and unexpected for the families to bear.

For instance, the cost of repatriating a body from Dubai, which the home to millions of Pakistanis, ranges between Dh20,000 to Dh30,000. The costs, however, varies depending on the destination- the average cost to Asia is Dh15,000, while Africa can be up to Dh35,000.

All the business, economy executive passengers of PIA will be provided a complimentary stay at the recently acquired properties by IHIG in Narran, Burbank, and Balasko.

The paperwork can take up to an extra two weeks if the person died out of the hospital. All the bodies that are transferred by air have to be embalmed. They have to be hermetically sealed to be able to fly. Bodies can be transported either in a metal-lined casket costing about $500-700 depending upon the size or in a bio-sealed aluminum bag at about $300.

Airlines charge at a flat rate per kilogram, based on the weight of the casket or bag, and the body itself.

Pakistan International Airlines offering an unmatched service has recently recorded a surge in its profits. The national carrier has recorded a 45% increase in the profit estimated to be Rs63 million.

PIA: On the Trajectory to Regain Lost Glory

The latest restructuring of Pakistan International Airlines under the vision of Prime Minister Imran Khan has started reaping benefits. Measures have been taken to increase efficiency, timeliness, and service to the passenger, which resulted in the confidence of customers on PIA.

Prime Minister Imran Khan has also given a nod to purchase the additional aircraft to expand the fleet, while PIA has restored its flight on many of the suspended routes including direct flights to London from Sialkot.

Low-income Pakistanis can't afford to send the dead bodies of their loved ones to Pakistan from USA after PIA closed its New York operations. PIA was bringing dead bodies to Pakistan free of cost: @nushmiya in @Muqabil92 @KlasraRauf @AmirMateen2 @sarwatvalim pic.twitter.com/2Al0qnB1u5

The airline has recently collaborated with the International Hospitality Investment Group (IHIG) to promote tourism in the country. A deal that will offer lucrative benefits to its customers.

PIA CEO Air Marshall Arshad Mahmood Malik and IHIG-UK Chairman Alun Richards signed a memorandum on Tuesday at PIA head office. All the business, economy executive passengers of PIA will be provided a complimentary stay at the recently acquired properties by IHIG in Narran, Burbank, and Balasko. This is the first time PIA has decided to go out and co-brand with an international company.

Previous articleHow to keep your digestion on track
Next articleSpy-pigeons: The secret army of CIA in Cold War

22 September 2021
Previous articleHow to keep your digestion on track
Next articleSpy-pigeons: The secret army of CIA in Cold War