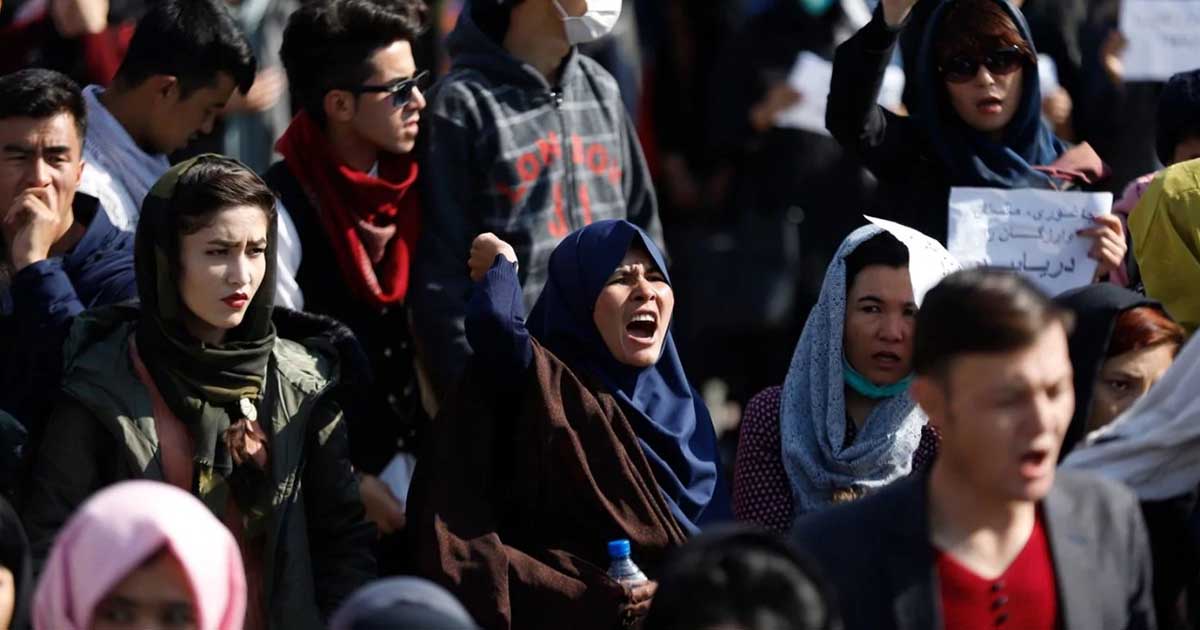 On Friday, last week, an IED ripped through a grocery market in Quetta, specifically targeting and killing members of the (Shia) Hazara community. The attack killed over 20 people, injuring almost 50 others (some in critical condition).

In the aftermath of this dastardly attack, members of the Hazara community in Quetta have staged a sit-in, demanding that concrete security steps be devised by the government as well as relevant law enforcement agencies, and that perpetrators of this sectarian violence (which has targeted Shia community alone) be caught and prosecuted to the fullest extent of our laws.

Callously, neither the Prime Minister nor the Army Chief has made a visit to Quetta, till date, in order to express solidarity with the bereaved families or to assure them of the State’s intent to punish the perpetrators of this violence.

The attack on Shia Hazaras was followed, a few days later, with the tragic killing of 14 passengers in a bus on Makran Coastal Highway in Ormara, Balochistan. And just like that, within the span of one week, Balochistan has been engulfed in a wave of terrorism that is reminiscent of the dark yesteryears (2010 – 2013).

The recent wave of violence, in Balochistan, is being viewed in terms of the regional security narrative and upcoming CPEC projects. It has been argued that inimical forces, from across the border, are perpetrating this violence to thwart Pakistan’s cooperation with China and the (imagined) benefits of the CPEC initiatives. That may be true, to some extent. However, such a narrative must not be used to diminish the specific and targeted plight of the Hazara community, which stems from a singular article of faith – Hub-e-Ali (A.S.). The Shia Hazara community was being targeted much before the CPEC projects were ever conceived, and their plight is likely to continue regardless of how the State of Pakistan chooses to participate in the regional Great Game that is now upon us.

Violence against Shia citizens of our country – from Parachinar to Sehwan Sharif, Noorani Shah, and Shikarpur – reflect purposeful killing of Shias across Pakistan, by organizations and individuals who continue to slip through the (purposefully) porous grasp of our law enforcement agencies. In fact, according to official statistics, since 2001, more than 6,000 Shias have been targeted and killed in Pakistan.

The systematic genocide of Shias in Pakistan, and in particular members of the Hazara community, commands no more than a momentary space in our news cycle. The majority of our nation and its political elite feign soporific concern over such killings, only up until the next press conference by some two-bit politician (defending Panama Leaks or Fake Accounts) captures our fancy. And with it, the coffins stretched on Alamdar Road in Quetta, and the plight of Pakistan’s Shia community, fade into the criminal recesses of an impotent society.

Why is the killing of peaceful Shia citizens no longer a soul-wrenching episode in Pakistan? More pertinently, why is the killing of Shia (and other religious minorities) a mere inconvenience for our polity, deserving no more than a token statement of meaningless condemnation? Why is our political, military, and judicial leadership mute on the systematic elimination (genocide?) of anyone who beats his chest to the call of ‘Ya Hussain (A.S.)!’?

Why is it that (despite the killing of Malik Ishaq) our counter-terrorism efforts have never expanded to specifically focus on organizations such as SSP, LeJ, and ASWJ? Why is it that Maulana Ludhianivi, the leader of these banned outfits, continues to find space within our corridors of power? Why are militant leaders, who openly propagate the killings of Shias, allowed to actively participate in the public and national discourse? Why does ‘Kafir Kafir Shia Kafir! ’continue to be graffitied across our urban and rural centers? Why have the madrassas and organizations that actively incite hatred against Shias, been bestowed with State land in Karachi? Why are leaders of such organizations given political protection in Punjab? Why is their evil dominion tolerated in the Lal Masjid of Islamabad?

There can be no denial of the fact that the State of Pakistan does not care about the lives or security of Shias. In fact, it would not be a stretch to say that our State and its institutions are complicit in the killing of Shias. Despite thousands of innocent deaths, there has never been any action, suo moto or otherwise, by the Supreme Court of Pakistan against the killing of Shias. As coffins lay on the streets of Quetta and Parachinar, no judicial or political conscience was jolted into action. No sustainable military action was specifically initiated against Sunni militant outfits. And the few (powerless) individuals, who have had the moral integrity to voice support for the Shia community, are quickly silenced under threat of violence and retribution.

A careful look at our national paradigm would reveal that Shias are not welcomed in the stratosphere of our State’s decision-making process. Despite almost 20% of Pakistan’s population being Shia, a far smaller fraction finds itself in the national and provincial legislatures. Even lesser are inducted in the Cabinet. Fewer still are part of the bureaucratic and Khaki top-brass. And hardly any one is elevated to the honorable Supreme Court of Pakistan.

There is an unspoken bias against Shias being inducted within our corridors of power. And the few Shias who, from time to time, have made their personal mark in the fields of medicine, academia, or law, have (for the most part) been targeted through a systematic effort to eliminate their influence in our society.

If we were to pause for a moment and ask ourselves as to why the Shias are being massacred in our land, there would be no answer forthcoming. We would realize that there is no event in our national or Islamic history that justifies hatred towards those who believe in the infallibility of the Prophet (S.A.W.W.) and his progeny (A.S.). In fact, even a cursory reading of history or religion would make it painfully clear that, over the past thirteen hundred years, hub-e-Ali (A.S.), even when it was silently professed, was met with violence and militancy. And, in the present day and age, this militancy is at its fiercest in Pakistan.

Here is the truth: even if all the Shias, across the world, were to be shot, at a pointblank range, Hussain Ibn-e-Ali (A.S.) would be the Haq and Yazid would be the Baatil. Even if hub-e-Ali (A.S.) were to be declared a crime (nay, a sin!), in every jurisdiction across the world, the love of Ahl-e-Bayt (A.S.) will remain (according to Quran and Hadith) the eternal key for hereafter. Even if all the Shias were to drop dead, this very moment, Imam Mahdi (A.S.), the last surviving son of Ali Ibn-e-Abu Talib (A.S.), will usher in the final reckoning.

When that happens, as it must, those who killed Shias, those who supported this barbarity, those who remained silent, and those who looked the other way, will be made to answer. And there, before the Seat of Eternal Power, our worldly excuses will find no favor.

Saad Rasool is a lawyer based in Lahore. He has an LL.M. in Constitutional Law from Harvard Law School. He can be reached at saad@post.harvard.edu, or Twitter: @Ch_SaadRasool. This article was originally appeared at The Nation and has been republished with author’s permission. The Views expressed in this article are author’s own and do not necessarily reflect the editorial policy of Global Village Space.

Brain drain: an Achilles’ Heel for the Global South?