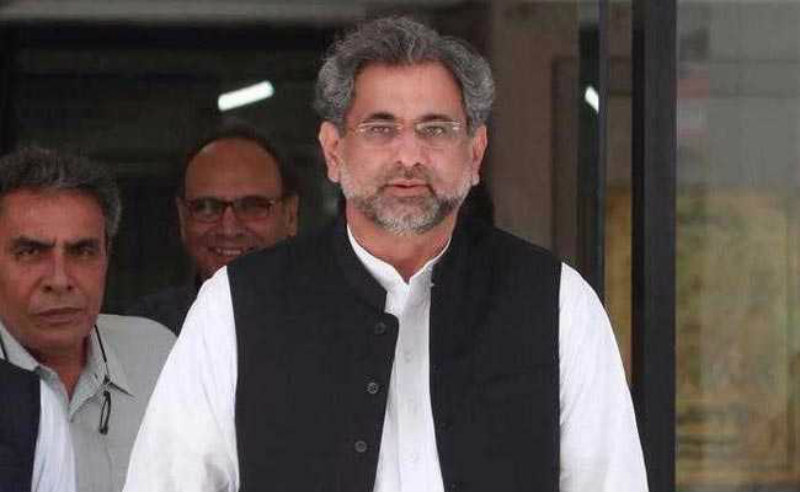 Prime Minister Shahid Khaqan Abbasi stated that the National Accountability Bureau (NAB) laws need reform because they were enacted by a dictator (General Pervez Musharraf) and NAB was used as a political tool to meet his design. He made this statement while giving an interview to a private news channel on Thursday. He further stated that if there is a process for accountability, it should be in the light of law and constitution, expressing resentment that NAB was creating hurdles in the functioning of his government.

Referring to the protest of civil servants over Ahad Cheema’s arrest by NAB, Abbasi lamented that the executive was the weakest branch of the state as the bureaucrats were not willing to work. The PM also said that NAB should have arrested Cheema after prior investigations. He expressed hope that a new law will be introduced so that Senators will be elected based on proportional representation in the National Assembly to avoid horse trading.

Justice (retd) Javed Iqbal became the chairman of NAB in October last year and NAB has seen a new vigor during his tenure. NAB has reopened a number of old cases this year for clearance of backlog, one of which was against a former DG ISI. They have also started probe in the Ashiana-e-Iqbal Housing society and chief minister Punjab Shehbaz Sharif was also called by NAB for the investigations.

The PML-N had previously also tried to dissolve NAB by introducing the National Accountability Commission (NAC) into the parliament but the bill was rejected and status of NAB remained the same.

The arrest of Ahad Cheema and probe into Punjab’s leadership has created a lot of resentment in PML-N against NAB. They have accused NAB of playing fiddle at the hands of background forces who want to derail democracy. The PML-N had previously also tried to dissolve NAB by introducing the National Accountability Commission (NAC) into the parliament but the bill was rejected and status of NAB remained the same.

The PM’s statement has been considered an incendiary attack on NAB by media circles, as it will disturb the balance of power. NAB is the chief anti-graft body in the country and any interference with its power will affect the accountability process. It is believed that the PML-N government in the center is planning to introduce new amendments to curb the powers of the Supreme Court and the Senate after the 3rd March Senate elections since they’ll have a majority in both houses and would be easily able to pass any amendments they want.

Accountability lies at the heart of democracy and any steps to curb the powers of NAB will adversely affect democracy in the country. Imran Khan, chairman of PTI, has repeatedly accused PML-N of trying to hide their corruption by weakening the institutions of Pakistan. According to modern principles of democracy, the accountability body should always be autonomous and other government institutes shouldn’t interfere with its powers.

Price of petroleum to hit highest point in three years

US sees a drop coronavirus cases but hurdles still present