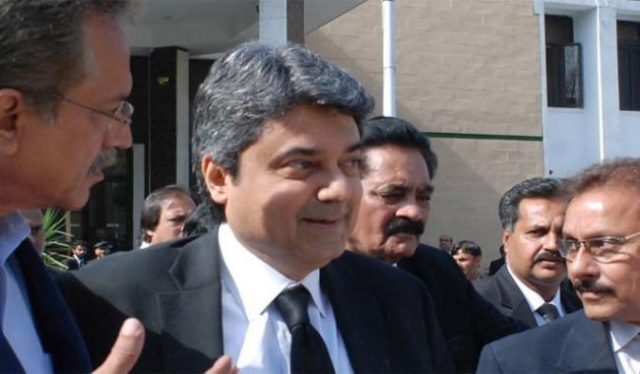 Law minister Farogh Nasim has said Prime Minister (PM) Imran Khan has never asked for rolling back 18th constitutional amendment nor any discussion has been made in cabinet meeting for making any amendment in the 18th amendment.

The 18th amendment provides provinces with strong legislative and financial autonomy and was passed by the parliament after a consensus of all political parties in 2010.

He stated that interior ministry would resort to the court on the matter of removal of the name of Shahbaz Sharif from ECL. Because it is the government view that there should be no corruption at any level. He held “we are in contact with opposition parties on the issue of military courts and soon we will reach reconciliation.

He underlined government is not interfering in NAB matters nor has the government interfered in Nawaz and Zardari cases. He remarked federal government will soon bring amendments in NAB laws and we will make headway in plea bargain matter soon. Allah’s law is basic law for us, he asserted.

It is pertinent to mention that opposition parties especially Pakistan People’s Party has time and again accused the government of planning to roll back the 18th amendment. The 18th amendment provides provinces with strong legislative and financial autonomy and was passed by the parliament after a consensus of all political parties in 2010.

Read more: PPP’s apprehensions over the 18th Amendment: Propaganda or struggle for provincial…

Analysts argue that undoing the said amendment is not possible except for extrajudicial means. Also, there is no evidence that back PPP’s claim that government plans to repeal the 18th amendment or to impose the presidential rule. The rhetoric of opposition hence bears no weight.

Kashmir propels Pakistani-American diaspora to come on the world stage