Prime Minister Imran Khan expressed his dislike for the tweets made by PTI leaders and federal ministers Asad Umar, Shireen Mazari and Fawad Chaudhry, criticizing the directives of PEMRA to restrict the analysis and discourses of TV show anchors and hosts. 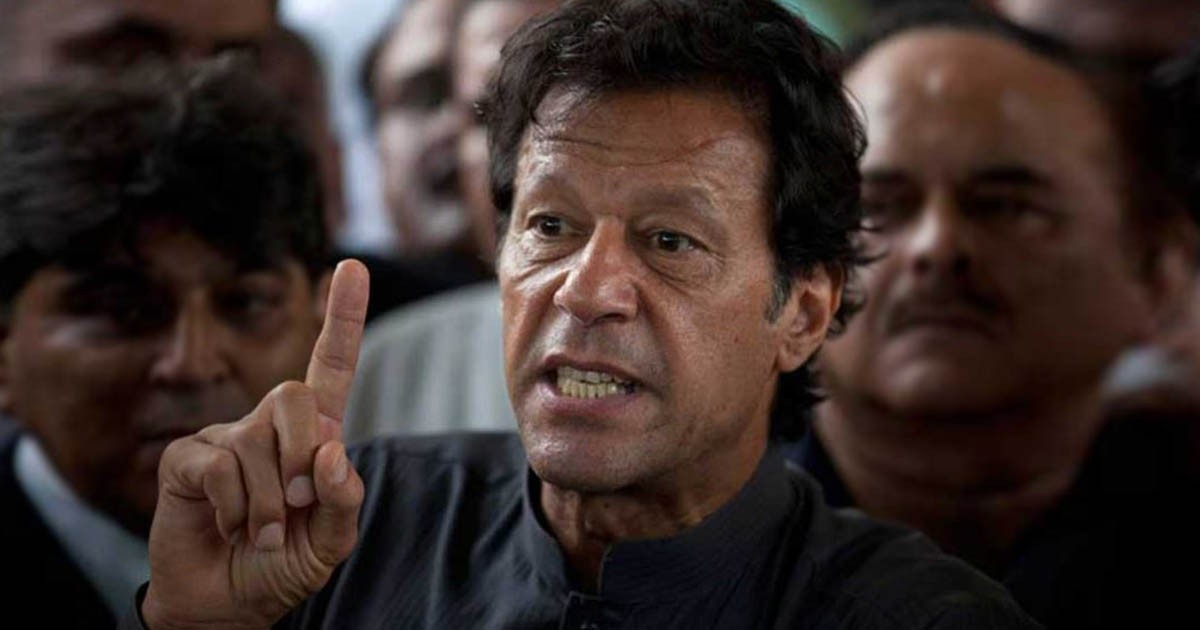 Prime Minister Imran Khan, on Tuesday, reproached several federal ministers and senior PTI leaders for their statements criticizing the recent directives issued by the Pakistan Electronic Media Regulatory Authority (PEMRA), barring TV anchors and talk show hosts from presenting themselves as “experts” on their own shows and other TV channels.

The Premier reprimanded the leaders and ministers of the ruling Pakistan Tehreek-i-Insaf (PTI) government during a federal cabinet meeting. He expressed his dislike for the tweets made by the Minister of Human Rights, Dr. Shireen Mazari, Minister for Science and Technology Fawad Chaudhry and MNA Asad Umar. He warned the federal ministers and PTI leaders against “openly” criticizing the decisions taken by the government.

A participant of the federal meeting, speaking to the media on the condition of anonymity, said that Dr. Firdous Ashiq Awan, Special Assistant to the Prime Minister on Information, filed a complaint with the Premier Imran Khan that Shireen Mazari, Asad Umar and Fawad Chaudhry had remarked against the government decisions from their twitter account.

The participant revealed that the premier said that the federal ministers “should not have openly discussed such sensitive matters.”

No anchor has been stopped to express. They have their exclusive shows to discuss anything and everything. The advisory has been reiteration of existing code of conduct on court orders which needs to be taken care of to avoid conjecturing.

In response to Prime Minister Imran Khan’s dislike of the tweets, Fawad Chaudhry said that the decision taken by PEMRA was not inappropriate and invites criticism upon the government.

The decision by PEMRA has been deemed controversial in all circles, as opinion makers, journalists, analysts and government officials have come forward to criticize it.

PTI MNA and former Finance Minister Asad Umar had tweeted, “Amazing decision by Pemra to stop anchors to go on any other talk show and express their opinion! Pemra should be doing a better job taking action against completely fake news and not suppressing the right of individuals, including anchors, to express their opinion.”

Dr. Shireen Mazari had said, “Who is an “expert”? An interesting though unintended debate has been generated – so purely at an academic non-political level: Do I need a degree in politics to be an expert on politics? I have no degree in “human rights” so should I go on TV to discuss “human rights” issues?”

Who is an "expert"? An interesting tho unintended debate has been generated – so purely at an academic non-political level: Do I need a degree in politics to be an expert on politics? I have no degree in "human rights" so should I go on TV to discuss "human rights" issues?

Do I need a degree in IR/Strategic Studies to discuss foreign/def policy? what degree do I need to talk about Information? Is expertise defined by a degree? Finally we have a debate at an abstract level media shd focus on! But what "experts" wld be needed for such a debate on TV?

Fawad Chaudhry had agreed with Dr. Mazari’s observation, deeming the PEMRA move as “illogical, unnecessary and uncalled for.”

During the meeting of the federal cabinet, it was agreed upon that four major cities in Pakistan-Multan, Lahore, Karachi and Peshawar-will be allowed to construct 50-storey building.

Speaking to the media after the meeting, Minister for Aviation Ghulam Sarwar Khan said, “The federal cabinet has allowed the construction of 500-foot high buildings, even in the 15km radius of airports in the four major cities.”

Ghulam Sarwar said that earlier, the construction of high-rise buildings in the 15km radius of the airports was banned, but now, the regulations have been eased. However, the authorities observed that despite the restrictions, developers continued to construct multi-story buildings in the funnel areas surrounding airports. The restrictions were already eased out in Islamabad.

Addressing a press conference after the cabinet meeting, Dr. Firdous Ashiq Awan said that the Premier has ordered the relevant authorities to expedite the process of acquiring the resources and aid of foreign companies to manage the airports across Pakistan in a more efficient manner, and provide improved facilities to the passengers, alongside increasing the revenue streams.

The Federal Cabinet was also apprised of the progress made on the renovation and improvements of the Skardu airport.

News Desk - 28 September 2021
Maryam Nawaz wore a floral patterned Kameez and Shalwar paired with heels with a very similar print. "Can’t decide which came first? The shoe or the dress but pretty impressive swag," she wrote. The fashion and style statement of Maryam Nawaz often overshadows her politics.

‘Modi’s India is not the one I fell in love with’, Congresswoman Ilhan Omar