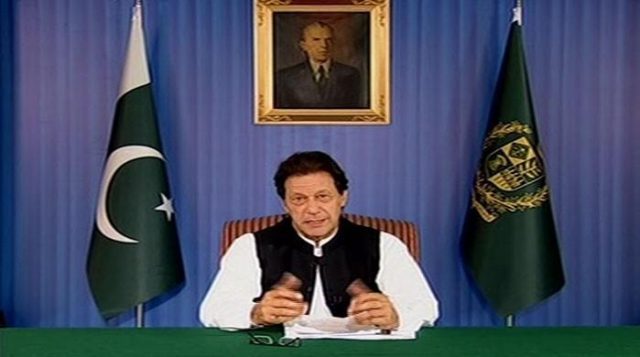 Prime Minister Imran Khan has directed the Punjab ministers to finalize the draft of new local bodies system within next two days. PM Khan visited the provincial Capital Lahore on Sunday and while chairing a meeting regarding a new local bodies system stressed on the importance of the decentralization of power in Punjab. PTI, in its campaign agenda, promised to transform the governance and government. PTI pledged to devolve government to the villages and towns of Pakistan—which was pivotal to its success in Khyber Pakhtunkhwa (KP).

PM aims to replicate the upgraded model in Punjab as it looks to empower people at the grassroots level. PTI in its 100-day agenda vowed to announce the plan to roll out an upgraded version of KP’s local government system; with powers and resources devolved down to the village level. According to the draft, PTI is expected to propose sweeping changes in the current local system in Punjab, Khyber Pakhtunkhwa, and the center. The administrative charge of a district will be held by the mayor and the deputy mayors will be in charge of tehsils. The Federal government has put the proposal to elect the mayors through polls.

PTI looks to put an end to this practice of pre-poll rigging. In the new proposal, PTI has pledged to give development funds to these local bodies instead of the constituencies members of parliament.

Under this new government structure—which can either be approved by the National and provincial assemblies or through the presidential ordinance, the mayor will be in charge of district police and administration having authority to write their performance appraisal. The police force, departments of health, education, and lower judiciary will fall under mayor’s domain. Furthermore, the district mayor will have a monetary autonomy to run the affairs of the local government. The provincial chief ministers and ministers will have no power to interfere in the district government affairs.

In Pakistan successive governments willfully neglected the third tier of the democracy. In spite of slogans to transfer the power to people, Punjab and Sindh failed miserably to fulfill the mandate of the 1973 Constitution. KP, however, was the only province in last 5-years—which allocated the 30% of the provincial annual development plan fund. Nevertheless, it fell short of its target and did not allocate the 40% share which is applicable under the provincial finance commissions’ awards. Nonetheless, the PTI government outperformed the other provinces and delivered on 2013 election pledge.

Read more: “Only way to break the Status Quo”: PM stresses on Local…

In KP, PTI government has devolved as many as 12-departments including education, health, drinking water, sanitation, etc. In General Musharraf’s era reforms, Nazims and Nayab Nazims replaced the commissioners, deputy commissioners, and assistant commissioners. This brought the local governments under the control of the central government. Under the PML-N government, union and district councils suffered and virtually had little power to oversee the functions and organization of the bodies.

PTI aims to uplift the ineffective system to serve the people at the grass root level. In the run-up to the July 25 elections, PML-N doled out billion to the parliamentarians for development spending. PTI looks to put an end to this practice of pre-poll rigging. In the new proposal, PTI has pledged to give development funds to these local bodies instead of the constituencies members of parliament.

After few weeks into the power, Imran Khan is often criticized for the broken promises. On the contrary, Khan pursued many election campaign trail pledges on a war footing within the first month of his coalition government. If he goes on to put in practice the effective and upgraded KP model of local bodies rather than installing the ad-hoc system, Punjab may finally get a system which put the local politicians—which are closer to constituents/people and understand their needs. It can bear the fruit if the refined system is put in place and people are served at doorsteps and service level improves.

News Desk - 30 July 2021
In a bid to provide seamless customer service, HBL partners with E Ocean and launches WhatsApp Banking Services. With this initiative, HBL has further solidified its customer-centric digital banking as it will provide customers with quick and secure services through WhatsApp.

PM Khan will lead Pakistani delegation at OIC in Mecca