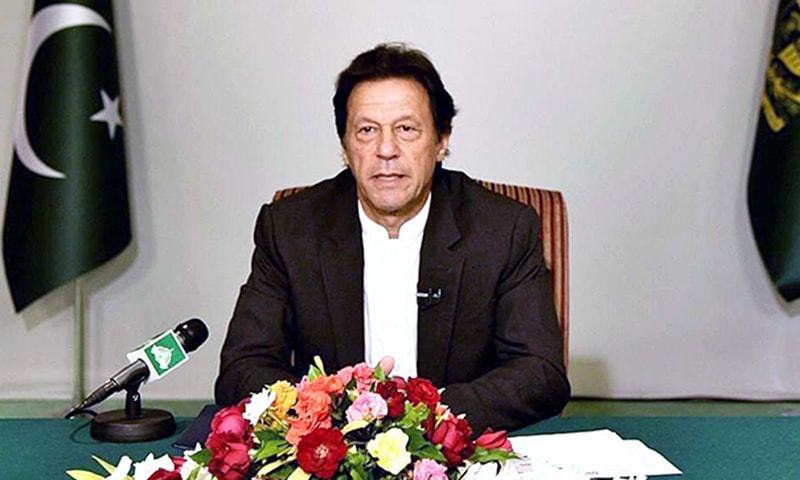 Pakistan Tehreek-e-Insaf (PTI) chairman Imran Khan, after taking oath as prime minister of Pakistan, addressed the nation on Sunday. His first speech as prime minister was a reflection of his priorities and may serve as guidelines of his government for the next five years. The PM stressed on Pakistan’s foreign debt which has reached 28 trillion rupees (US$229 billion), which is an alarming figure.

Prime Minister Khan announced austerity measures as a policy guideline to control expenses and improve the economy, starting with himself. Until now, Prime Minister House was staffed by 524 servants, but he said he wanted to reduce that number to two only. He reiterated that he did not want to live in the luxurious PM House, but instead in a normal three-bedroom normal house.

Prime Minister Imran Khan’s speech was well received across the Pakistani nation. Analysts, retired officials, media personalities and people from all walks of life gave their appreciation through social media platforms such as Twitter.

The huge official PM’s residence may be turned into a state-of-the-art, research-based university, where international scholars may come and help in quality research. He noted that 43% of the nation’s children do not have appropriate diets, affecting their growth, while 22.5 million children in this country cannot afford a good education. Half the population cannot access a routine daily diet easily.

He addressed the issue of tax collection and promised to bring reforms in the Federal Board of Revenue. He requested that the nation consider paying taxes as a religious duty to help the poor, instead of feeling it as a burden and trying to avoid it. He stated his desire to eradicate corruption and halt money-laundering. He asked common citizens to help government overcome corruption. He justified his keeping the charge of the Ministry of Interior in order to fight against corruption and money-laundering.

He emphasized the need to increase exports and attract investments by policy reforms and introduction of new incentives. The SME (small and medium-sized enterprises) sector will be revived so as to improve the national economy. He promised to reform the police in Punjab province to bring them up to the same level as in Khyber Pakhtunkhwa province, and judicial reforms to deliver speedy justice and make it affordable for the common man. He hinted at strengthening the National Accountability Bureau to curb corruption.

The PM stressed on Pakistan’s foreign debt which has reached 28 trillion rupees (US$229 billion), which is an alarming figure. Prime Minister Khan announced austerity measures as a policy guideline to control expenses and improve the economy, starting with himself.

He offered himself for accountability, saying he believes that nobody should be above the law. He believes in equality and in across-the-board accountability. He also pointed out that child rape is a heinous crime and that he wanted to eliminate this curse from Pakistan. He also addressed educational issues, health care and water crises. Civil-service reforms are at the top of his agenda. He stressed that it is only civil-service reform that can make his government deliver its promises.

After a long time , heard Pakistan’s Leader spoke to people of Pakistan about what’s wrong & how can it be put right. Simple, to the point & without usual rhetoric. Way to go IK. Great start to great journey, fasten seat belts, choppy seas ahead.

Thank you @ImranKhanPTI for speaking about trees,forests,beaches and Balochistan in first speech as PM he addressed common man and widows not intellectuals and political opponents he made very big promises and it's a big challenge to implement promises— Hamid Mir (@HamidMirPAK) August 19, 2018

From today Dear Prime Minister @ImranKhanPTI You are my leader🇵🇰❤️ because you truly love my country my people ❤️🇵🇰stay blessed. I am team #ImranKhan joining to make a better #Pakistan.. #PrimeMinisterImranKhan pic.twitter.com/GorxfGEv31— Shaan Shahid (@mshaanshahid) August 19, 2018

Great speech by IK: emphasised citizens' right to dignity & need for provision of service/welfare by state; need for institutional/behavioural change. He deserves unequivocal support for this agenda (& candid critique if he falters). If he achieves even 50% he'll lead PK for life

Prime Minister ImranKhan sounds determined to end the dark apartheid of rich Vs the poor, that has for long dominated our beloved country like a curse…. all power to #ImranKhan in this endeavour as he focuses on human development…#WeRProudPakistanis— Nasim Zehra (@NasimZehra) August 19, 2018