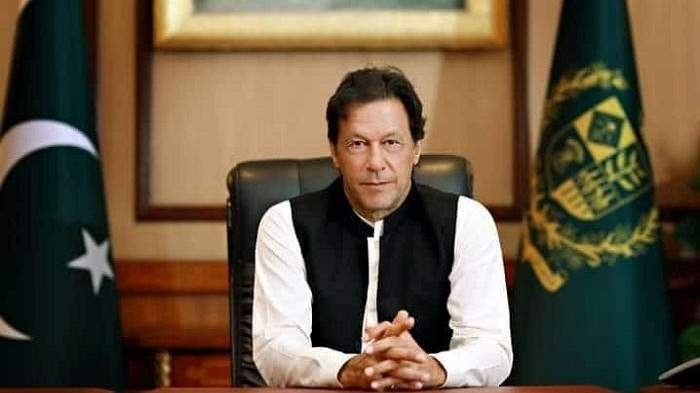 Forget about the argument that if the IMF is our friend or foe, that can be debated later on. The point on hand is other than choosing sides. The point is the demands IMF is making. And those demands will only slow down an economy. Not spur the growth of it. Interest rate increased to 12%, GST increased to 18%, Rupee at 150, higher energy prices; if these 4 things are not enough to kill any prospects of an economic growth, I do not know what is.

No economy in the world can grow under such conditions. Ask any economist. Ask any expert from the financial world. No economy, especially an import-dependent economy which is looking for domestic growth, can even sustain, let alone grow consistently year after year if we meet these conditions.

We have friendly countries like KSA and China helping us deal with our immediate financial woes. The urgency to bow down to the demands of the IMF has absolutely subsided.

Do we have to do all the things that the IMF is asking? Yes, we do. Then why avoid the IMF if we have to do them anyway. The answer is that we need to fix our economy at a very gradual pace. We cannot afford to give our economy a shock treatment like the one IMF is asking us to do. Plus we cannot afford to have a hammer on our head where the IMF team threatens us every quarter and if we miss a single target, the hammer comes down on our heads without a sound or a warning.

The senior most economist in the Economic Advisory Board is Dr. Ashfaq Hassan, I would be amazed if he agrees that IMF is the solution. It is not. I know his views. Listen to him and others. Mr. PM, you met the Business Advisory Group a few days ago. Every one of them has asked you not to let the rupee free fall against the dollar. Each one of them had urged you to keep the discount rate where it is. Listen to them.

Heed their advice because the IMF wants and is demanding exactly the opposite. We have friendly countries like KSA and China helping us deal with our immediate financial woes. The urgency to bow down to the demands of the IMF has absolutely subsided. We can manage now. We have enough to tackle our balance of payments.

The point is the demands IMF is making. And those demands will only slow down an economy.

Then why would you go to the IMF? Why?

If KSA and China had not come to our rescue then and only then the entire scenario would have been different. But they have come to our rescue. If we as a nation show improvement in our economy in the next one year, more friends will come. More countries will invest in Pakistan. If we show a turnaround in our economy, we will become the talk of the world. And the world loves economic turnaround stories. Let’s show them that we can. With fiscal discipline, austerity, policy reforms and implementing those policies, plus more, we can get there. Yes, we can.

And if we go to the IMF, one thing is for sure Mr. PM; forget your promise of 5 Million homes and 10 Million jobs. Homes don’t get financed at such high-interest rates and jobs are not created when the economy is slowing down. So listen to the wiser ones in your cabinet. I know there are a few who oppose the IMF bailout. Listen to them because it is not a bailout. It’s an ‘Economic Arrest Warrant’ with no possibility of a bail.

Mir Muhammad Ali Khan is the first Muslim founder of an Investment Bank on Wall Street. He is the author of 4 books and has published over 800 articles. The views expressed in this article are author’s own and do not necessarily reflect the editorial policy of Global Village Space.

US urges S.Korea, Japan to unite as rift escalates

Will Bill Gates be the first person to invent Covid Vaccine?