Prime Minister Imran Khan has taken notice of the failures of the officials responsible for handling and acting upon the complaints lodged at the Pakistan Citizens Portal. 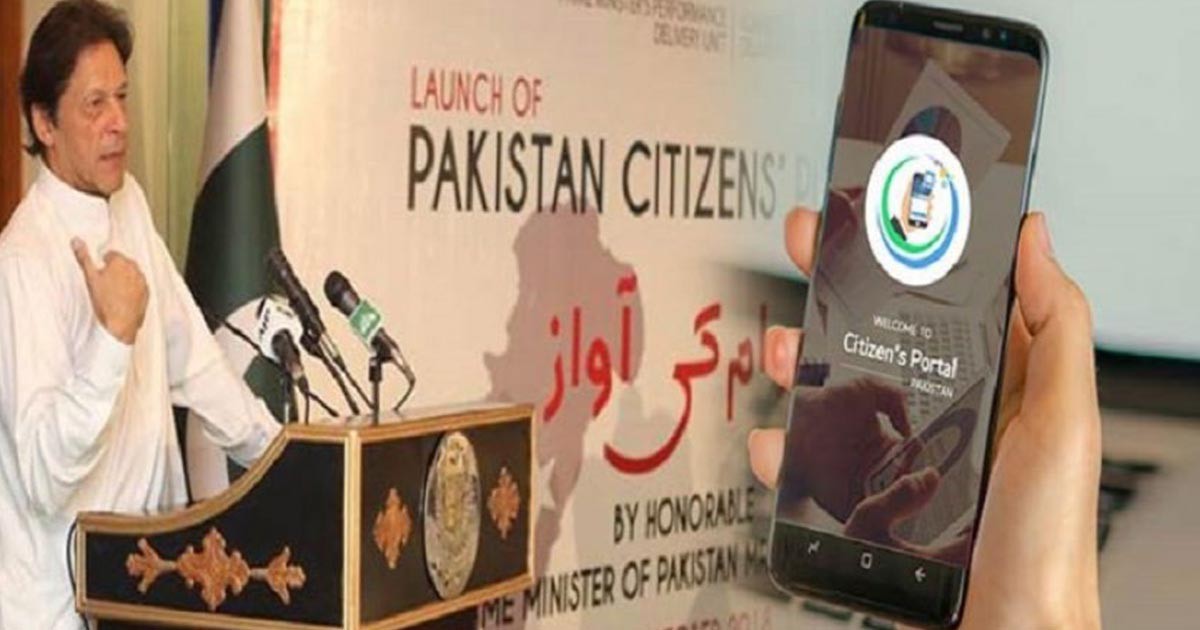 Prime Minister Imran Khan, on Monday, took notice of the failures of the officers responsible for examining and acting upon the citizens’ complaints registered on the Pakistan Citizen Portal app after scores of social media posts emerged, complaining over the inaction of the concerned officials.

Radio Pakistan reported that the Prime Minister’s Office has revealed that Prime Minister Imran Khan has directed all ministries and departments to establish five-member committees who will be tasked with the responsibility to “conduct performance evaluation and submit their reports within 30 days.”

The Prime Minister’s Office has dispatched a letter to various ministries and provincial departments, directing them to establish five-member committees and take notice of the inquiries and documentary evidence with regards to the complaints registered on the portal.

Radio Pakistan cited the Prime Minister’s Office, “The (PM Office) had observed that complaints were disposed of without proper inquiry, satisfactory reply, and documentary evidence.”

The report stated that the concerned departments took “unnecessary time” in addressing the complaints, and “unconcerned officials” were taking decisions to resolve complaints without provided documentary evidence or launching an inquiry into the matter.

Reports reveal that the ministries will form five-member committees, headed by a joint secretary or a 20-grade officer. After conducting an evaluation of the officers deployed for the job, these committees will submit a report.

In their reports, the committees will be tasked with the responsibility to scrutinize overall misconduct exhibited by officials on the portal, with regards to the complaints that have been resolved and those that are still pending. The committees will also highlight the officials who have exhibited both, good and bad performances in resolving complaints.

@ImranKhanPTI H.E PM, good you took notice of the inaction of officers regarding citizens' complaints lodged on the Pakistan Citizen Portal, me and my bro wrote to You and Ministers many letters on different issues, but not received any reply from PMO and others ministries. 1/5 pic.twitter.com/6lQT5QYdou— Moarrikh Ahmed /Aqeedat Naveed (@ahmednvd) November 11, 2019

The Imran Khan-led government had launched the Citizens’ Complaint Portal on October 28, 2018. In February, the World Government Summit regarded it as the second-best government smartphone application in the world.

However, social media has witnessed a striking increase in complaints and posts highlighting the inaction of the officials operating the portal. Many have come forward on social media, sharing pictures and images of their complaints, resolved without launching an inquiry or taking action on the matter.

sir @ImranKhanPTI plz take a strict action against theses officers who don,t take serious our complaints on citizen portal , usually citizen portal says relief granted but in fact we don,t get any relief on ground level @PMRUKP became a jut a formalityplz do smthg practical pic.twitter.com/xBnVuFmCqP

Intellectuals and opinion makers have come forward to commend this directive by the Premier to launch an inquiry into the inaction and failures of the concerned officials operating the Citizens’ Complaint Portal app.

Great move PM @ImranKhanPTI Sab against all those officers inaction complaint lodge on Pakistan citizen portal. CM Balochistan @jam_kamal Sab must take action against, after conducting an in inquiry, all those officers against whom complaints are pending.— Nadeem Ratore Adv (@AdvRatore) November 11, 2019

Is education in mother-tongue really essential?