PM Nawaz’s state of health: need for medical board briefing! 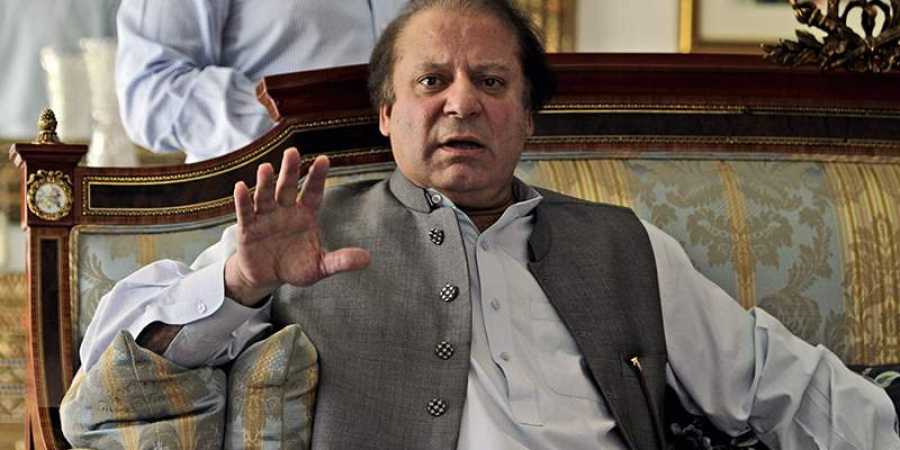 We have heard that PM Nawaz will undergo Open Heart Surgery on Tuesday, 2nd June – May Allah grant him complete recovery and health to be able to perform his job and execute his responsibilities.

However given his position as the functional head of Pakistani government, a country of 200 million people facing humungous challenges, the only Muslim country with a nuclear posture its important to have more clarity about his state of health. Such clarity can only come from a credible Medical Board of the British Hospital he is admitted to for his surgery.

This becomes important because apparently Pakistani constitution does not have the provision for a temporary Prime Minister to deal with such situations where a Chief Executive becomes absent for a prolonged period – in this case, Chief Executive also happens to be the foreign Minister.

The way his health issue has been dealt with is surprising – and has given way to all kinds of speculations. Instead of making a formal official press release it was first turned into a media scoop, then statements by some ministers and tweets by family members. So far there has been no official confirmation as to where he is, which hospital he is underdoing his surgery and what exactly he is suffering from. Many also wonder on the quality of medical advice he is receiving. Because in April he was in London apparently for a cardiac checkup; but as soon as he reached back Pakistan he was busy in an unusually hectic schedule of political rallies across Azad Kashmir and Khyber Pakhtunkhwa and travelled to foreign destinations. Did his doctors in London, who examined him in April 2016, did not advise him to avoid such hectic activity?

From tweets of Ms. Maryam Nawaz, the only person who has taken pains to provide a bit of scientific and factual information, we have some understanding that PM Nawaz Sharif underwent a procedure, to correct his atrial fibrillation in 2011, and that procedure went horribly wrong leading to perforation of his cardiac wall and now five years later another procedure has to be done to fix the problems that still persist.

From other sources we have heard that in 2011, the accidental perforation lead to massive bleeding from his cardiac wall, a kind of cardiac tamponade and an open heart surgery was then done to fix the situation. Recently we heard that in April he was paralyzed in limbs for 30-40 minutes because a blood clot briefly passed through his brain circulation, fortunately the clot passed through and there was no permanent paralysis. If true that represents a stroke and not a coronary blockage; both situations demand totally different treatments.

The way his health issue has been dealt with is surprising – and has given way to all kinds of speculations. Instead of making a formal official press release it was first turned into a media scoop, then statements by some ministers and tweets by family members.

But these half-baked pieces of information make it necessary that a proper, formal, official briefing be done to the media in London by the Board of the Hospital he is in. Such briefings are routinely done for all important personalties, top government functionaries and even athletes. Informally we learn that he is in Royal Brompton Hospital in London but still there is no official confrimation. Ministers making statements on health issues make no sense – especially the ministers who have never been taken seriously in their own portfolios. Questions abound: What procedure he is now undergoing? Is this a cardiac bypass usually done to relieve blockage of coronary arteries or is this a procedure to fix the adhesions or other anatomical problems that might have been crated by the unfortunate perforation he experienced in 2011. What about the rumors of a stroke and paralysis of lower limbs? Many such questions abound, that can only be answered by a qualified medical board.

This becomes important because apparently Pakistani constitution does not have the provision for a temporary Prime Minister to deal with such situations where a Chief Executive becomes absent for a prolonged period – in this case, Chief Executive also happens to be the foreign Minister.

One hopes that PMLN ministers will quickly realize that PM Nawaz Sharif is the functional head of the government; his health concerns the state and the people of Pakistan; its no more only a family or party matter, and the initial incomplete news have been deliberately leaked by the party and family sources to the media. The way it has been done has raised questions. Now its time to provide complete information to the public to end all kinds of speculations.