PML-N’s ‘interesting’ rule: Have the 2018 elections already been lost? 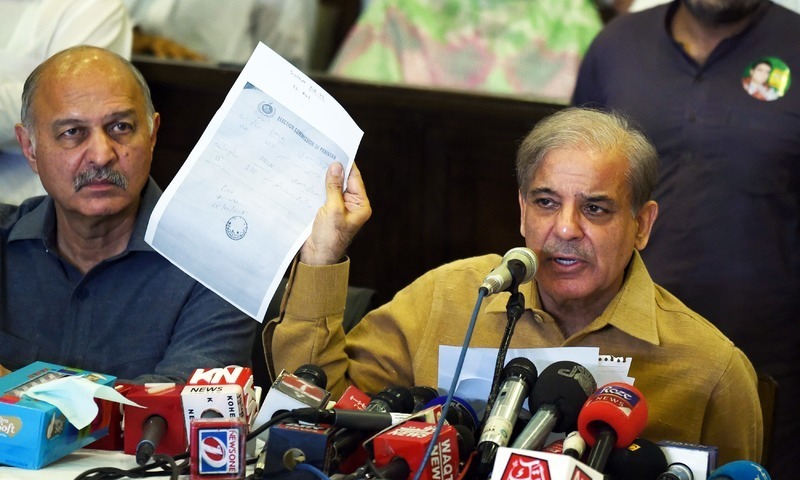 In the Chinese language, if you say, “May you live in interesting times”; it’s a curse. Pakistan seems to have spent its life in ‘interesting times’. The uncertainty has been more or less, never absent. Except perhaps in the period of Ayub Khan’s first five years.

I am beginning to wonder if this is a competitive fact. Are our various political parties trying to outdo each other in surviving interesting times? The last PPP era outshone any other in the successful loot of the national treasury. But, while those five years also witnessed self-created political turmoil, it seems that the PML-N government is determined to outshine any other in self-created political turmoil. And that, in the run-up to the elections.

There is little doubt that the army has been the principal state institution responsible for nurturing political uncertainty.

After Musharraf, with the army leaning over backward to try reassuring the elected government of its support for a democratic rule, one would have thought times would change. But that was not to be.

There is little doubt that the army has been the principal state institution responsible for nurturing political uncertainty. But perhaps, in recent years, the burden of this uncertainty has steadily shifted to the shoulders of elected rulers.

Not only are they squandering the pitifully few resources of this wretched country on personal luxuries, a fact borne out by this year’s supplementary budget, but they also seem least concerned about their governance responsibilities.

The principal threat to the nation today is from terrorists and whatever is to be done in that regard, is left to the military. NAP is somnolent; NACTA drugged, and whenever questions arise, one or the other minister delivers a fiery speech lauding governmental efforts, even if these efforts are conspicuous by their absence.

The principal threat to the nation is from terrorists, and whatever is to be done in that regard has been left to the military.

Considering that the Panama Leaks case has reached a threatening stage, the government should have been busy trying to prove its credentials for the next elections and ensure popular support by its actions. But in presenting the Jhadav case before the ICJ, the government again succeeded in finding the most incompetent person to represent Pakistan.

It is almost impossible to fathom how any respectable lawyer, conscious of his reputation, could act in a manner that reflects so seriously on his legal competence? He couldn’t be; since he has earlier represented India in another case. So why this sudden ineptitude?

Occurring in the wake of the mysterious secret visit by Jindal and his meeting with the PM, the incident was bound to give rise to rumors of conspiracies at the highest levels. Among these rumors, one is particularly disconcerting; that on hearing the military’s objections to the performance of the government’s hand-picked lawyer, the military was told to hire and pay for its own lawyer in the Jhadav case.

For a case of such national importance? If this is true, it’s unbelievably amazing. Civil-military relations are also a two-way street. Why should the elected government make deliberate efforts to sour them? And, such a comment could have no other purpose but to deliberately sour them.

It doesn’t end here. The developments with the judiciary are even more surprising.

This is not like when Nawaz Sharif, as Punjab chief minister, refused to accept the chief secretary being thrust upon him by PM Benazir Bhutto. That event elevated him to the stature of a national politician, from merely being a Punjabi.

Senator Hashmi’s speech was intended to be provocative. That this did not have the party’s approval, is difficult to swallow. However, the language and threats that he uttered might well have been because he went overboard in his own enthusiasm.

The SC had to take notice; that was the intent. Perhaps the SC response in targeting the party as a whole — despite the probability of it having party approval; and, in doing so, demonstrating, not merely the very justifiable ire, but becoming accusatory, was uncalled for. Courts are not supposed to become personal, even in pronouncing judgment. But, if the court did, after the deliberate provocation, one expected the governmental response to be more conciliatory. It was very far from the expectations. Instead, the government spokesperson was accusatory. A conciliatory response might have gained the PML-N public sympathy. An aggressive and accusatory response could only result in further criticism. Which was what happened.

Read more: Pakistan’s culture of Politics thrives on the many Nihal Hashmis

It is impossible to believe that there is no method to this apparent madness. Perhaps the party’s advisory body felt that challenging the judiciary on their turf might pay dividends. If so, I fear they are in error.

This is not like when Nawaz Sharif, as Punjab chief minister, refused to accept the chief secretary being thrust upon him by PM Benazir Bhutto. That event elevated him to the stature of a national politician, from merely being a Punjabi. This merely belittles him. Certainly, this elected government seems determined to end its term by creating as ‘interesting’ a time as there could be, in our checkered history.

Shaukat Qadir is a retired brigadier. He is also former vice president and founder of the Islamabad Policy Research Institute (IPRI). This article was first published in Daily Times and is republished here with permission. The views expressed in this article are the author’s own and do not necessarily reflect Global Village Space’s editorial policy.

Previous articleBritish and Middle Eastern Monarchy: Acceptable vs the unacceptable
Next articleAdded conflicts and proxies: Redefining the Middle Eastern alliances