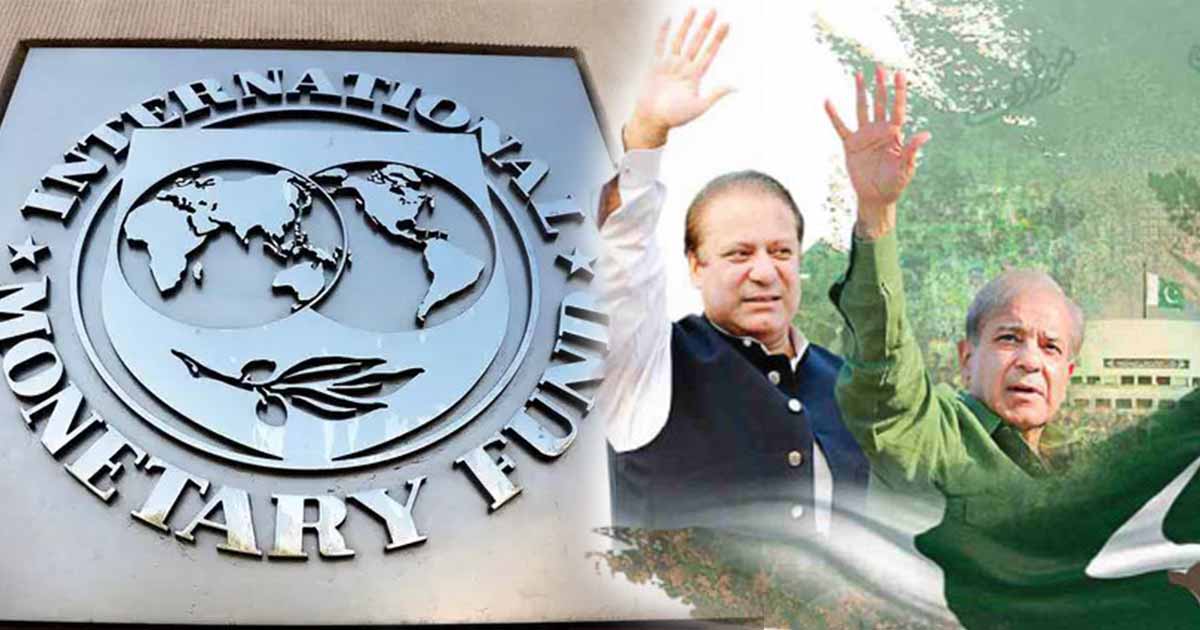 In its staff-level report after its Executive Board approved the $6 billion bailout package to help Pakistan meet its international debt obligations, the IMF has given a background of how economic difficulties emerged because of the “misaligned economic policies” of the PML-N government.

The IMF bailout package saying the package was provided under strict conditions and people would face unbearable inflation.

It said that the IMF has held the PML-N government responsible for unbalanced policies and unfinished reforms. In addition, the paper said, while economic growth was relatively fast — averaging close to five percent over the past five years — macroeconomic vulnerabilities had rapidly increased on the back of weak policies supporting a consumption- and import-driven growth model.

It added that “procyclical fiscal policies” particularly led to a surge in the FY2018 fiscal deficit to 6.5pc of Gross Domestic Product (GDP), 2.5 percent higher than budgeted, pushing public debt to 75 percent of GDP.

The IMF said the lackluster progress in structural reforms continued to hamper investment and allowed inefficient state-owned entities (SOEs) to linger and a large informal economy to expand.

While the macroeconomic deterioration, which eroded the stability gains achieved during 2013-16, had been largely due to homemade factors, the increase in oil prices and more limited capital flows added to this difficult picture.

Why IMF Blamed PML-N for Mismanagement?

Pakistan’s opposition parties, including PML-N, had vociferously rejected the IMF bailout package saying the package was provided under strict conditions and people would face unbearable inflation.

Surprising as it may seem but the IMF had blamed PMLN for the economic mismanagement the country was facing when the staff-level talks between Pakistan and IMF were finalized.

Decisive policies and reforms, together with significant external financing are necessary to reduce vulnerabilities faster, increase confidence, and put the economy back on a sustainable growth path

On May 12, when the IMF issued a press release, many had noticed the unusually harsh language that was used to describe the actions of previous governments.

“Pakistan is facing a challenging economic environment, with lackluster growth, elevated inflation, high indebtedness, and a weak external position. This reflects the legacy of uneven and procyclical economic policies in recent years aiming to boost growth, but at the expense of rising vulnerabilities and lingering structural and institutional weaknesses,” the IMF press release had stated.

It had added that the authorities had recognized the need to address these challenges, as well as to tackle the large informality in the economy, the low spending in human capital, and poverty.
Read more: Has IMF blamed PMLN for economic mismanagement?

“Decisive policies and reforms, together with significant external financing are necessary to reduce vulnerabilities faster, increase confidence, and put the economy back on a sustainable growth path, with stronger private sector activity and job creation,” the press note had said.

Syed Muhammad Ali - 10 April 2021
A seemingly small but significant incident has served a timely warning to the United States that it should neither over-estimate Indian security commitment against...