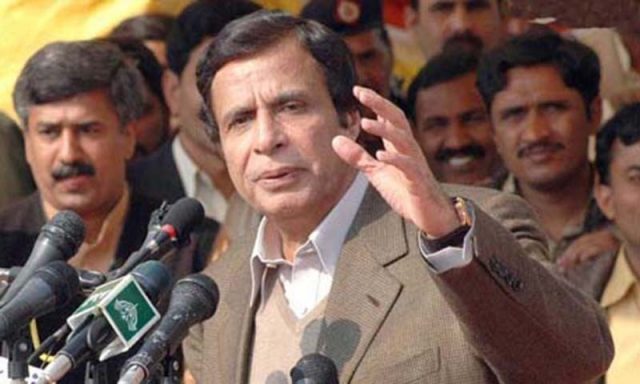 Pakistan Tehreek-i-Insaf (PTI) is certain to form government in the country’s largest province, Punjab, but it is facing extreme challenges at the moment. PTI got 123 seats from Punjab and it is required to have total 149 elected members in the house to form a government. Although the party has received four independent MPs-elect yet it is not in a position to form the government without the help of other independents or political parties. PTI has welcomed all independents and political parties except Pakistan Muslim League-Nawaz (PML-N) and Pakistan People’s Party (PPP) to form government in Punjab.

Read more: Will PTI be able to gain seats in Interior Sindh?

PML-N got more seats in Punjab assembly but despite being at top with 129 seats in the province it is not in a position to attract independents. Since PTI is going to form government at the Center, it is likely that it will also get majority in Punjab.

According to reports the Pakistan Muslim League-Q (PML-Q) which is likely to make an alliance with PTI has demanded the post of Punjab chief minister or deputy prime minister as a condition for forming a coalition provincial government with the PTI. According to sources within the PML-Q, the party has sent its demands for supporting PTI in Punjab to the PTI’s senior leadership for consideration. PTI Spokesman Naeemul Haq, while addressing a press conference today, dismissed speculation that a chief minister belonging to a political party other than the PTI would be appointed. “The Punjab chief minister will belong to the PTI. There should be no mistake about it,” he told reporters.

According to reports circulating in media the leaders of PML-N approached the leadership of the PML-Q. But Pervaiz Elahi, the leader of PML-Q, said that since his party had fought the election alongside PTI, it would like to join them in forming the government.

It is expected that PTI will manage to make an alliance with PML-Q to form the government in Punjab. The PML-Q has 7 seats in Punjab Assembly. Since the party is going to lead in the National Assembly, it is, therefore, likely that it will get required seats to lead in Punjab as well.

PML-N is using different tactics to put pressure on Imran Khan to let it form the government in Punjab. Shehbaz Sharif has attended the multi-party conference called by Maualan Fazal ur Rehman. The MPC jointly rejected the results of the General Elections 2018. Interestingly, the PML-N has gotten 127 seats in Punjab. And it is interested to form government in the province. “In Punjab, PML-N has 129 seats, PTI has 123, while 28, who are independent, share our ideology. Our people are in touch with them,” said Hamza Shehbaz, son of PML-N president Shehbaz Sharif. This clearly indicates that the PML-N is putting pressure on PTI to let it form the government in the province. Since the PTI leader Naeemul Haq has said “We have required numbers to form the government in Punjab. We are also in touch with the independent candidates, with whom we will form the government.” This is unacceptable for PML-N at the moment.

Imran Khan wants to make the government in Punjab despite all hurdles and challenges. Khan is focusing on Punjab for two very valid reasons. One, Punjab is the most populated province of Pakistan and if the party is interested to implement its agenda of change it should take Punjab into account. Secondly, if the PTI fails to form government in Punjab, PML-N will get an opportunity to do some publicity-oriented projects in the project and will in a position to throw the PTI out of the race in the next general elections. Therefore, PTI is striving to ensure its rule in Punjab.

Previous articleAliens did not beat PMLN in elections, the common man did
Next article4 million mainly Muslims stripped of Indian citizenship

25 September 2021
Previous articleAliens did not beat PMLN in elections, the common man did
Next article4 million mainly Muslims stripped of Indian citizenship

Imran’s manifesto politics must be replicated by other parties

Is PML-N trying to fool the nation with ‘respect the vote’ slogan?