The process of prioritization between money & Nawaz Sharif is tough and the latter seems to be falling two steps short. Nawaz was granted bail and was allowed to fly abroad but asking for surety of his return is too much and with his "hard-earned" money, Oh My God! 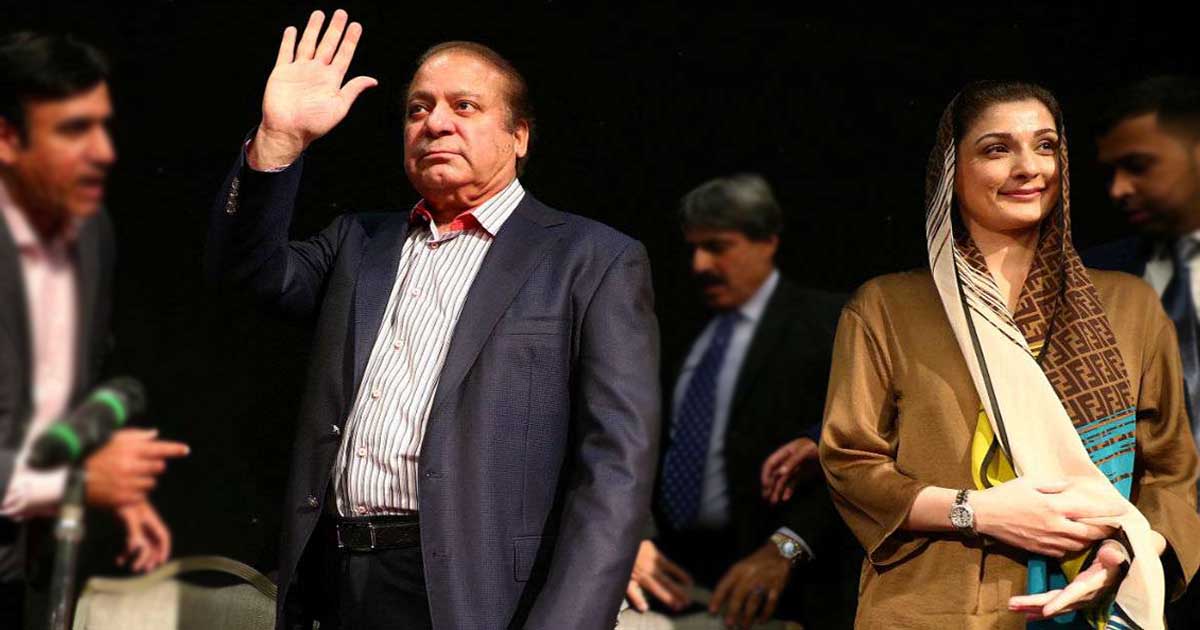 People of Pakistan have never seen a political landscape as happening as it is, at this very moment, where every political party is up to some interesting exercise – JUIF Chief, Fazal-ur-Rehman is busy reinventing & imposing “his” version of Islam, with renewed spirits, which allows him to take “Halal U-turns” if and when required & declare anyone disagreeing with his political strategy/opinion as “Yahoodi Agent“.

His key spokesperson, Mufti Kifayatullah is revealing the never-known relationships of people (some imaginary characters too), such as; Prime Minister, Imran Khan’s ex-wife, Jemima & her imaginary cousin “Wiki“.

PPP & PMLN, in an attempt to rid themselves of their corruption cases, are willing to do anything and everything that it takes to get the job done, Jamat-e-Islami is making sure that the pitch on both sides of the wicket is fine, who knows which side one might just have to play on & PTI is juggling it all, with Firdous Ashiq Awan leading from the front. Though people who support the incumbent Government are not very pleased to see her taking on the lead role, I believe it’s fun to piss your opponents off, before the game even begins!

Sharif Family has to choose between Security Bonds worth Rs. 7 Billion & Nawaz Sharif. I never thought that they would actually be weighing the two on a “Priority Scale“

As soon as Nawaz Sharif got convicted on the basis of “Assets Beyond Means” in December 2018, Pakistani people started speculating that his health condition would begin to deteriorate, keeping in view the track record of all the filthy rich and powerful convicts, who would be perfectly fine at the time of conviction, but as soon as they got imprisoned, every part of their body will begin to ache.

What is different this time around, though, is that Nawaz Sharif is NOT faking it, as per his medical reports. He actually has a medical condition to deal with and there are certain medical facilities that he can only avail abroad. Therefore, not only did the ailing ex disqualified Prime Minister of Pakistan, Nawaz Sharif, got the bail on medical grounds but also had his younger brother, ex-CM, Punjab, submit an application seeking his name to be taken off the Exit Control List.

Yesterday, Prime Minister, Imran Khan, while going against majority of his Cabinet members, including prominent lawyers of the country, who claim to NEVER have seen a convict, having been allowed to fly abroad for medical treatment, “allowed” Nawaz Sharif’s name to be taken off the ECL, provided that he will submit the surety bonds, worth Rs. 7 Billion, guaranteeing his return to Pakistan, after his recovery. The Government officials shared that this conditional, time-barred relief has been offered to Nawaz Sharif, on humanitarian grounds, and not political.

Read more: Nawaz Will Go Abroad if NAB Thinks He Should: Nawaz’s Troubles

The ball lies in Sharif Family’s Court now. This move has bulldozed PMLN’s one-year-old narrative, that revolved around painting Imran Khan as a heartless, vindictive ruler, who didn’t let Nawaz Sharif get treated as per his desire. Had it been a developed country, with high literacy rate and stable maturity levels among people, this rhetoric would have fallen flat on its face, the moment the ailing ex-Prime Minister was granted a six-week bail on medical grounds, a couple of months ago, which allowed him to be treated anywhere in Pakistan.

It is now an interesting turn of events, where Sharif Family has to choose between Security Bonds worth Rs. 7 Billion & Nawaz Sharif. I never thought that they would actually be weighing the two on a “Priority Scale“. Their reluctance to submit the surety bonds makes one suspicious of their intention of not returning to Pakistan anytime soon. The PMLN law expert shared that it was not for the Cabinet to seek any surety bonds when the High Court granted Nawaz Sharif bail, allowing him to travel anywhere to be treated and if he’s barred from moving abroad for his treatment, it will be a violation of Article 15 of the Constitution of Pakistan.

If PTI Government lets Nawaz go, without any security bonds or guarantee of his return, it will not only destroy Imran Khan’s “Accountability Narrative” but will also materialize the suspicion of the infamous “Deal” being at play. I, shared in my yesterday’s vlog too, that, the media persons suggesting PTI Government roll back the condition of surety bonds & let Nawaz fly to London, will be the first ones to grill the Government, if their suggestion is acted upon – just as they did with General Pervaiz Musharaf, back in 2007.

The choice lies with Sharif Family now, whether money is dearer to them than the ailing Head of their family. Many political experts in the Capital wonder as to WHY this intelligently crafted offer is making PMLN upset, when all this while, their narrative revolved around gaining the sympathy of people for Nawaz Sharif on his debilitating health. Some say that perhaps, Maryam Nawaz views herself as the ultimate beneficiary of her father’s wealth & political mileage, and hence she is letting the greed take over common sense, otherwise, who thinks twice on whether to spend on their ailing parent’s health or not. Money or Nawaz Sharif – tough competition, it seems!

Let’s see if PTI Government sticks to their guns after this masterstroke or succumbs to the pressure exerted by the PMLN sympathizers and takes another “U-turn”. Pakistan Zindabad!

Maleeha Hashmey is a corporate trainer, motivational speaker, socio-political enthusiast and human resource development consultant by profession. She has been working with the telecommunication sector as a corporate trainer. She has been working with the Ministry of Education, Khyber Pakhtunkhwa, as a Human Resource Development Consultant & Teacher Trainer. Her dream is to make Pakistan a stronger economic state that the whole world views as a force to reckon with. She can be followed on Twitter via her Twitter handle @MaleehaHashmey. The views expressed in this article are the author’s own and do not necessarily reflect the editorial policy of Global Village Space.