Poetry and prayers: the daily life of Japan’s emperor 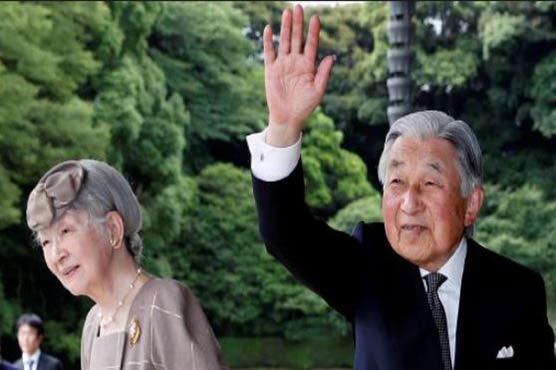 From a ritual New Year’s breakfast and Shinto prayers to receiving state visits and opening parliament, Japan’s emperor has a diverse professional brief that occupies virtually every day of his year.

Under the post-war 1947 constitution, Japan’s emperor has no political power, but he retains several duties that relate to the country’s political scene. He signs the documents formalising the nomination of the prime minister, members of the government, and Supreme Court president.

Poems written by the couple and ordinary citizens are read in front of the royal family and screened by national broadcaster NHK.

He is not considered Japan’s head of state, but he nonetheless plays a key role in matters of protocol, including opening sessions of parliament, promulgating laws and treaties, awarding honours and receiving credentials from incoming ambassadors.

The emperor each year signs around a thousand documents and, according to the Imperial Household Agency, he scrutinises the contents of each one carefully. State visits are only qualified as such when they include a meeting with the emperor, and state banquets for visiting dignitaries are held at the palace.

The royal couple also attends or preside over hundreds of ceremonies, receptions, performances, audiences and meals throughout the year, and welcome a wide range of guests to the palace including figures from the political and business world and civil society.

Under the post-war 1947 constitution, Japan’s emperor has no political power, but he retains several duties that relate to the country’s political scene.

But conversation must be careful: Members of the imperial family are prohibited from public statements of opinion that could be interpreted as weighing in on the political scene. And the emperor is also a key part of numerous rituals in Japan’s native Shinto religion, including prayers for imperial ancestors held at the palace and for a good harvest.

The imperial couple travels at least three times a year inside Japan, and they have put a focus on travelling soon after natural disasters to affected areas to meet survivors. This effort was characterised by the solemn address Emperor Akihito gave days after the 2011 tsunami to calm public fears in the wake of the disaster and the meltdown at the Fukushima nuclear plant.

The imperial couple travel at least three times a year inside Japan, and they have put a focus on travelling soon after natural disasters to affected areas to meet survivors.

From 2012 to 2016, the royal couple led the annual national ceremony commemorating the victims of the March 2011 tsunami. The royal couple have also visited hundreds of establishments for children, the elderly and people with handicaps across the country.

And each year they preside over several national festivals promoting sports and the environment. Until recently, the royal pair were still travelling overseas though far less than in their younger years. The emperor has now largely handed over foreign engagements to other members of the royal family.

Both the emperor and empress enjoy composing “waka”, a traditional form of Japanese poetry long associated with the royal family. Each January, the emperor organises readings of traditional New Year poetry at the palace. Poems written by the couple and ordinary citizens are read in front of the royal family and screened by national broadcaster NHK.

Like his father Hirohito (known posthumously as Emperor Showa, after the name of his reign), Akihito each year plants and harvests rice from a field in the imperial grounds. He is also a passionate scientist with an interest in marine life and has published several journal articles.

Empress Michiko is a pianist and music lover, and with the help of palace employees, she cultivates silkworms at a centre in the royal residence. Part of the silk produced at the palace has been used to restore historic fabric artefacts belonging to the royal family.

Frozen in time, Havana looks to put a modern stamp on its 500-year history