Pakistan's government needs to take several drastic measures to bring amendments in Pakistan's police institution to provide swift justice to citizens and improve the condition of law and order in the country. Everyone must stop littering at Police and understand how the situation can be turned in Pakistan's favor. 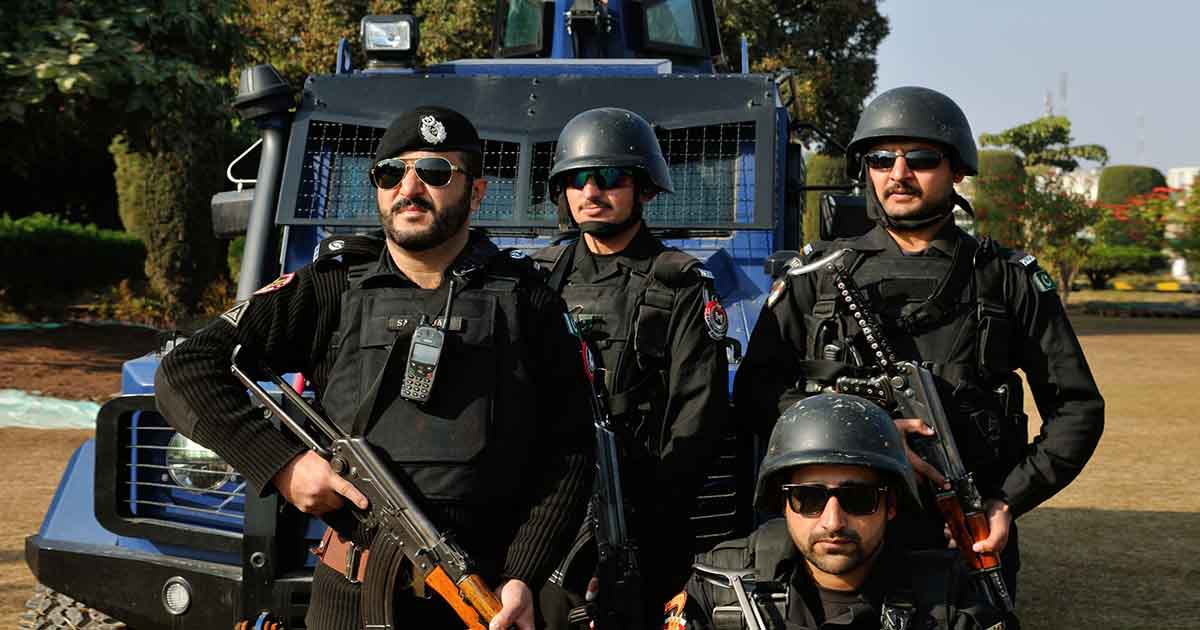 Pakistan’s good governance; its justice, law and order situation; its peace and prosperity in life of its citizens; its fight against terrorism and corruption; its goal to achieve rule of law and enforcement of law; and its mission to eradicate numerous social evils, from drug addiction to heinous crime of child abuse, all these and many more, depends primarily on police department.

Once Mary Frances Berry said, “When you have police officers who abuse citizens, you erode public confidence in law enforcement. That makes the job of good police officers unsafe”. Today these black sheep carry medal of disgrace for the whole department. Pakistan is in dire need of police reforms, even it seems to be Penelope’s web, yet are still possible for which we need to understand the disease first, then to look for its cure.

Historically in Pakistan, since the Mughal era, policing was established; initially, land-owners and village-headmen were entrusted with this responsibility, which later on was changed by the British administration. They introduced magisterial and a new police system. Then around the 1850s, Sir Charles Napier, who was inspired by the Irish constabulary, introduced a different police model in the Sindh, and Punjab followed the suit.

The federal and provincial governments must together, with an iron will, legislate a coherent, unified policy for the whole country.

Afterward, with the adoption of Police Act, 1861 and of Police Rules, 1934 a full-fledged separate institution, as it seems today, was established. This was carried by us, until the Police Order, 2002 came into being. The idea was to establish a good policing in society, with inbuilt accountability alongside the check and balance over the abuse and misuse of powers. Unfortunately, this seems still a dream.

The police are not dearth with the power to fulfill its duty. True, in a society with a profusion of pickpockets to land-grabber; from white color smart criminals to wanted terrorist, one cannot imagine living on its own, without the protection of a state. That is why, we build police to maintain public order, safety and enforce the law; to prevent and investigate the crime; to bring culprits to justice.

Therefore, law bestowed them with ample powers to make sure no mistake in this regard. Their chief powers are provided under chapter V and XIV of Code of Criminal Procedure, 1898 and in Police Order, 2002 along with Police Rules, 1934. They can arrest without warrant, and even can ask anyone to account for one’s ostensible means of substance.

The issue arises when it crosses the red-line and abuse and misuse its powers, sometimes to pander to its high-ups and often for ill-gotten gains. As it is said, a bird in the hand is worth two in the bush, but the old Adam never accepts it. To quench the thirst of more and more, police officers get caught in the hands of evil. The arch-rival parties offer a huge bribe for various reasons; to fabricate and prolong the investigation, to put pressure on the other side, to even torture the accused under arrest. In such cases, parties are often at dagger drawn with each other, and officials get a chance to fish in troubled waters.

Moreover, not only the greed alone, sometimes undue pressure becomes the reason for the police’s failure. After the lodgment of an F.I.R. (First information report), the investigating officer has to complete its investigation in fourteen days from the date of arrest of accused, and then duty-bound to submit its challan report within three additional days, including fourteen.

One single investigating officer has to deal with numerous cases, within meager resources and no state backup and buck up. The officers’ raison d’etre of acceptance of bribery cannot be simply put aside. Where there is a hunger, morality has no work there. One officer must not be burdened with the workload, which outweighs his working capacity.

Furthermore, the rotten infrastructure, paucity of facilities and lack of training, adds insult to the injury for the police. With a huge backlog of cases to investigate, they are sometimes burdened with maintaining the police stations, to arrange stationery and furniture on their own. A constable who has a duty of patrolling on the motorbike, have to pay for its petrol from its pocket.

Worst of all, clean water is not available in police stations, and the station house officer is supposed to arrange it himself. On the other hand, an F.A. or B.A. pass investigating officer is deputed to deal with and to collect the forensic science’s evidence. As it is said, the one who lives in the glasshouse should not throw stones; the government and respective authorities are equally responsible for this crisis, we are facing.

Last but not least, in all police stations CCTV cameras be installed, and as it happens in foreign countries, all police officers who are deputed for investigation must wear pocket cameras when they are on patrol.

Be that as it may, no one is above the law; no one is allowed to take the law into its own hands; no justification is accepted for a crime unless provided by the law. It has been seen a recent surge in police torture, since the deaths of eight citizens in this year alone. The citizens are losing confidence in the police. They fear to call it for its help in a crisis.

The downtrodden have no money to pay to access and gain justice. Police torture becomes another of terrorism in our society. If someone is, unfortunately, raped, murdered, or gets looted, he will have a Hobson’s choice either to pay for registration and proper investigation of the case or if not then get ready for injustice.

Under these circumstances, it is high time for the legislators and concerned authorities to not let the grass grow under their feet and fulfill its duty to revamp the police’s institution. In this regard, it is recommended that foremost it must be get depoliticized forthwith. Its abuse and misuse of powers must be checked regularly and stringent legislative reforms be introduced in prevalent legislation.

An independent accountability forum or an authority be formulated for strict check and balance on policing. The posting and transfer must not be based on personal motives or relations; the tenure of the station house officer and high-ups must be reduced with a parallel transfer system. The federal and provincial governments must together, with an iron will legislate a coherent, unified policy for the whole country.

Read more: Reforming the police in Pakistan: A Utopian Dream

The complaints against the police partisan behavior or fabrication of evidence must be heard by the judiciary and severe punishments, as a deterrent, be legislated. The deaths under police custody must be called terrorism of police and should be dealt with in accordance with anti-terrorism laws. Further, the burden of the backlog of cases on one police officer be reduced.

Their pays and annuities should be increased and special training programs for proper investigation and to deal with forensic science technology be started. Last but not least, in all police stations CCTV cameras be installed, and as it happens in foreign countries, all police officers who are deputed for investigation must wear pocket cameras when they are on patrol. Lastly, judicial magistrates be obliged to weekly check the arrest and pending investigation cases.

Hafiz Muhammad Azeem is an advocate of the high court and teaches law. The views expressed in this article are the author’s own and do not necessarily reflect the editorial policy of Global Village Space.

Can Police reforms justify the Use of force by the police?

Policemen in Federal Capital to be equipped with “Body Cameras”