Political parties cross swords over the appointment of NAB chief 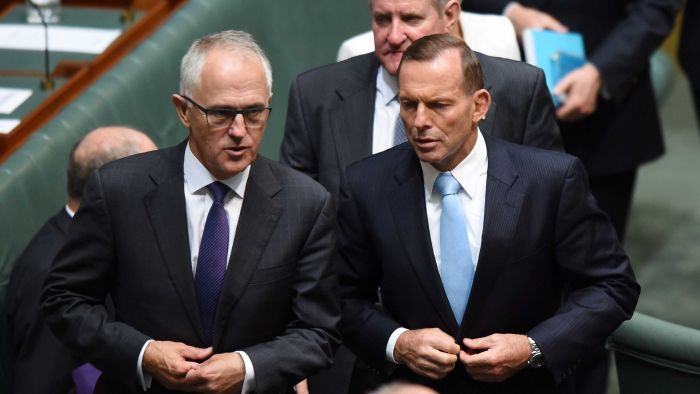 The government and the opposition have started consultations for the appointment of new National Accountability Bureau chief. The new head of the apex anti-graft watchdog will be the replacement of Chaudhary Qamar Zaman. Zaman who headed NAB was himself once the target of an anti-corruption investigation ordered by the Supreme Court but was absolved by an internal investigation by his own institution.

Chaudhry Qamar Zaman is retiring next week. Under the law, the prime minister and opposition leader in the National Assembly will finalize the name of new NAB chief with mutual consultation. The ruling PML(N) and the main opposition party PPP have given names of three potential candidates each. The PML(N) has recommended the names of Justice (retd) Rehmat Jafry, Justice (retd) Chaudhry Aijaz and Director General Intelligence Bureau Aftab Sultan.

Aftab Sultan was the Inspector General of Punjab under Najam Sethi’s caretaker government before the 2013 elections. He was appointed Chief of Intelligence Bureau (IB) by Nawaz Sharif in 2013 and given extension three times. During February 2016, he was appointed DG IB for the third time by Nawaz Sharif for two years, while previous extensions were based on one year.

He rose to good graces of the PML(N) government during the 2014 anti-rigging sit-in by the PTI. During those sit-ins’ he is credited to have foiled all conspiracies against government.  Under Sultan’s leadership, the IB performance got better and contributed to Pakistan’s fight against terrorism.

However, his tenure saw controversies which framed him largely as a loyalist of the Nawaz regime. The IB was mired in myriad controversies such as tussles with other institutions, illegal wiretaps & harassing the Panama JIT. Many consider that his appointment as NAB head will be a boon to the ex-PM facing an investigation.

Other opposition parties have also given their recommendations with the most recent being the Pakistan Tehreek-e-Insaf which has proposed its three recommendations directly to the media.

Dr. Shoaib Suddle is regarded as a leading police and justice sector reform specialist in South Asia. He is a visiting criminal justice expert at the United Nations Asia and Far East Institute on Crime Prevention and Treatment of Offenders, Tokyo, Advisor Turkish National Police, and a resource person with several national and international organizations including United Nations Office on Drugs and Crime, Vienna. He is also International Director of Asia Crime Prevention Foundation, Tokyo.

A PhD in white-collar crime on Tax evasion from Cardiff University he also headed the IB in 2008 after leading the Sindh Police. His role in controlling urban terrorism in Karachi in mid 1990s and difficult law and order situation in Balochistan (2001-04) earned him wide acclaim. Dr. Suddle’s most recent assignment was the Federal Tax Ombudsman of Pakistan.

During February 2016, he was appointed DG IB for the third time by Nawaz Sharif for two years, while previous extensions were based on one year

Justice Sher was deposed from the bench on 3 November 2007 as result of Emergency rule in Pakistan. He reached age superannuation on 22 September 2008 while still being deposed. Falak Sher also ruled that General Musharraf was not qualified to contest presidential election in uniform that eventually became the main cause of his removal along with other judges under PCO.

During that time, it is reported that he was approached by the government of Pervez Musharraf who enticed him to become the Chief Justice instead of Iftikhar Chaudry. However, he refused.  On 12 April 2009, Justice Falak was symbolically restored to his position of 2 November 2007, but since he had reached the age of superannuation he remained retired from the bench.

The Bureaucrat was handpicked by Imran Khan to implement PTI’s agenda of reform in the KPK province. His appointment by the federal government on the recommendation of the PTI leadership “with a clear understanding that a reform agenda of its government focusing on transparency was to be implemented, and expeditiously”.

The other major opposition party the MQM has given names of Justice Mahmood Rizvi, retired Justice Muhammad Ghaus and former ECP secretary Kanwar Dilshad for the office of the NAB.

Kanwar Dilshad is probably the most famous of all of the MQM’s recommendations. He has been the most visible face of the ECP being its Chief Secretary. He also has extensive experience of project management within the framework of Government of Pakistan, donor agencies and international NGOs like USAID, UNDP, IFES, NDI, TAF and projects funded by European Commission, CIDA, NORAD, DFID etc. He currently writes columDFIDn the Urdu press usually focusing on reform and transparency.

The appointment of the NAB chairman to be carried out after consultation between the prime minister and opposition leader has gained more importance recently owing to the ongoing corruption cases against ousted Prime Minister Nawaz Sharif. A recent accountability process has seen the PM been disqualified and a trail of his family on corruption charges. The new NAB chief will play a pivotal role in the continuity of the accountability process.

Previous articlePIA will suspend flights to New York: Will it help?
Next articleChina sends firearms to the Philippines!

25 September 2021
Previous articlePIA will suspend flights to New York: Will it help?
Next articleChina sends firearms to the Philippines!

Panama JIT reviews the questionable history of the Sharif family

Etisalat & PTCL: Pakistan is likely to get $800 million arrears