Polling begins to elect the 13th president of Pakistan 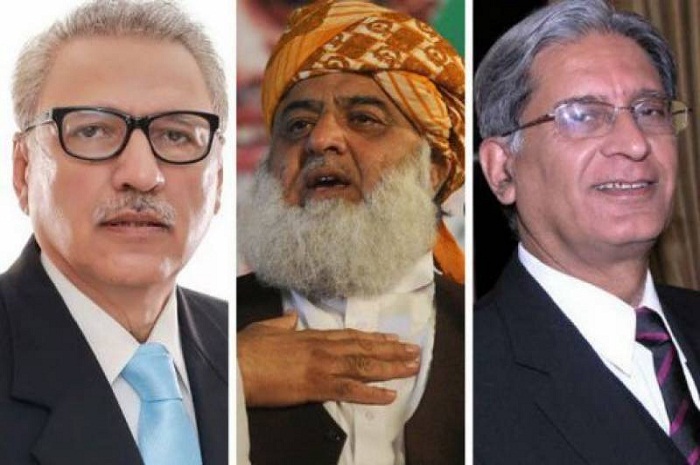 The electorate college of Pakistan—which comprises of newly elected national and provincial assemblies will elect the country’s 13th president, today. There are as many as 1,121 members of the National Assembly, Senate and the provincial assemblies of Punjab, Sindh, Khyber Pakhtunkhwa and Baluchistan—who would elect the new president through secret ballot.

The provincial assemblies have been given 65 adjusted votes each in the Electoral College to ensure equal representation. However, the number of votes from Senate and National Assembly remains 104 and 342, respectively. Therefore, the new president of Pakistan will be chosen by the electoral college of 706 votes of lawmakers. The polling for the election has commenced at 10 am and will finish at 4 pm. The lawmakers have to bring their assembly cards, in order to cast their vote.

PML-N’s nominee Fazal held a number of meetings with the PPP senior leadership including Asif Ali Zardari to persuade them to vote for him, but, things had failed to materialize between the allies of the past. Amid the divided opposition, Alvi’s defeat would be a major surprise.

It is going to be a three horse-race among the Dr. Arif Alvi of the ruling Pakistan Tehreek-i-Insaf (PTI), PPP’s Aitzaz Ahsan and Maulana Fazlur Rehman of the MMA is the joint candidate of the Pakistan Muslim League-Nawaz (PML-N), Muttahida Majlis-i-Amal (MMA), Awami National Party (ANP), Pakhtunkhwa Milli Awami Party (PkMAP) and National Party.

According to the constitution of Pakistan, the elections were supposed to be held before August 8, but, the parliament and four provincial assemblies were not complete and could not start a new term—which delayed the Presidents elections. Chief Election Commissioner (CEC) Sardar Raza is the returning officer for the presidential elections and the chief justices of respective high courts are serving as presiding officers during the polls in Islamabad and provincial capitals.

Read more: Who will be the new President of Pakistan?

Despite countless efforts, the Grand Opposition Alliance failed to reach a consensus over the single opposition candidate—making PTI’s Alvi favorite to win the presidential elections. After winning the July 25 elections, PTI managed to avoid any upset and kept the trust of its fragile allies. According to different polls, Alvi is likely to win comfortably nevertheless, given the rather weaker position of PTI in the Senate, PTI might face a stiff task. Voting is held through a secret ballot, horse trading cannot be ruled out.

Opposition parties held a number of All Parties Conferences (APC’s) and meetings to mull over the strategy to develop consensus to defeat PTI’s candidate.   However, a serious blow to the opposition came, when Pakistan Muslim League- Nawaz (PML-N) rejected the Aitzaz Ahsan as PPP’s nominee and former information minister Pervez Rashid on August 24 said that support of Aitzaz Ahsan is subjected to a condition, if the former senator visits PML-N Supreme leader Nawaz Sharif in Adiala jail to apologize for his insulting remark.

In face of criticism from MMA and PML-N, PPP remained adamant to not to change its nominee—making it impossible to reach a consensus. Earlier, PPP had raised objections over Shahbaz Sharif, because of his controversial statements against the PPP leadership, in the past and did not vote for him in the prime ministerial elections. Likewise, now, PML-N could not digest the nomination of Aitzaz—who made the unkind remarks against the Nawaz and his ailing wife Begum Kulsoom Nawaz, over their illness.

PML-N’s nominee Fazal held a number of meetings with the PPP senior leadership including Asif Ali Zardari to persuade them to vote for him, but, things had failed to materialize between the allies of the past. Amid the divided opposition, Alvi’s defeat would be a major surprise. The inability of the opposition parties particularly PPP to show some flexibility over the nominees did not help the opposition cause.

Price of refusing a marriage proposal: one more girl killed by her brother

‘It looks like new:’ Mumbai slums get colourful makeover