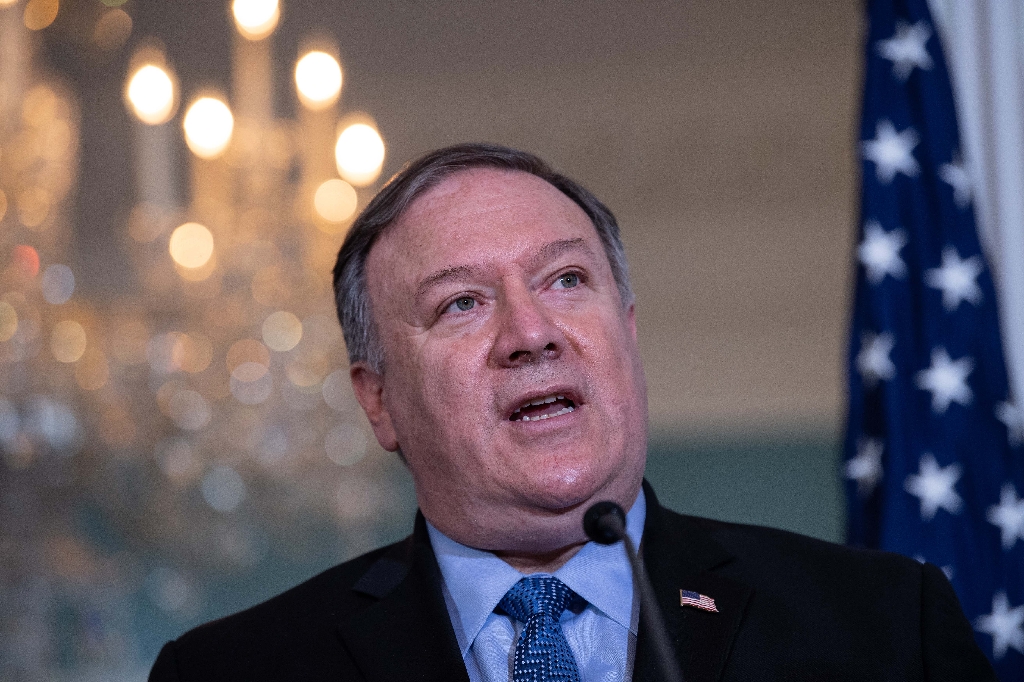 US Secretary of State Mike Pompeo will tour eight Middle East capitals next week in an effort to shore up crucial alliances strained by the Yemen war, US plans to exit Syria and the murder of journalist Jamal Khashoggi. Pompeo leaves on Tuesday for the eight-day trip to Amman, Cairo, Manama, Abu Dhabi, Doha, Riyadh, Muscat, and finally Kuwait City, the State Department announced on Friday.

In addition, according to the White House last week, a stop in Baghdad is possible, though the State Department could not confirm it. The trip was confirmed two weeks after President Donald Trump announced unexpectedly that the US would pull its troops out of Syria, stunning allies and sparking concerns of a vacuum in the war-torn country that could be filled by Iran.

Washington wants more “accountability and credibility” in its handling of the murder investigation, according to the State Department.

Pompeo is scheduled to make a keynote address in Cairo, his second stop, where he will underscore the trip’s overall message that “the United States is not leaving the Middle East,” a senior State Department official told journalists Friday. “Despite reports to the contrary, false narratives surrounding the Syria decision, we are not going anywhere,” the official said.

At the same time, Washington wants its Middle East allies to shoulder more of the burden in maintaining regional security and stability, amid fears of a resurgence of extremist groups like Al-Qaeda and Islamic State as US forces pull back.

Pompeo is under pressure to counter the impression given to US allies in the region by Trump’s December 19 announcement that the US withdrawal from Syria would take place immediately. He has since spoken of “slowly” sending troops home, with a vague timetable “over a period of time.”

Nearby countries, led by Israel, are nervous that their regional arch-rival Iran will be able expand its presence in Syria with the possible resumption to full power of Tehran’s ally President Bashar al-Assad. Ahead of Pompeo’s trip, White House National Security Advisor John Bolton was to depart Friday for talks with Israel and Turkey on how to move ahead.

“The Iranian regime is the dangerous actor in the region,” the State Department official said. “The secretary will continue his work on galvanizing our regional partners and allies to counter the regime’s destabilizing activities.” A second US official stressed Friday that “we have no timeline for our military force to withdraw from Syria.”

“Our military posture in Syria may be changing. But our overall goals in Syria remain the same, and key among those is… to see the withdrawal from Syria of all Iranian-commanded forces.”

State Department officials say Pompeo also hopes to fortify the alliance of the six countries of the Gulf Cooperation Council. The group was weakened in 2017 after Saudi Arabia’s Crown Prince Mohammed bin Salman sought to isolate GCC member Qatar from other countries in the region, over its alleged support for extremist groups.

The rift is “unhelpful,” another US official said, opening a cleavage that Iran could exploit. To strengthen the group, the US is hoping a GCC summit can be arranged as early as the first quarter of this year, the official said.

A second US official stressed Friday that “we have no timeline for our military force to withdraw from Syria.”

Another key issue for discussion with the Gulf states is the nearly four-year-old war in Yemen, in which a Saudi-led, US-supported coalition supporting Yemen’s government has battled with Iran-supported Huthi rebels over control of the country.

Both sides recently agreed to a ceasefire in the port city of Hodeida while UN envoy Martin Griffiths seeks to bring about a new round of talks between them. A key stop for Pompeo will be in Riyadh, whose relations with the US have been strained by the murder of dissident journalist Jamal Khashoggi by Saudi agents in Istanbul last year.

Khashoggi was a US resident and was writing for The Washington Post when he was killed. According to reports, US intelligence believes the murder was directed by Crown Prince Mohammed, despite his denials.

While the US sees Riyadh as “an important pillar of regional stability,” Washington wants more “accountability and credibility” in its handling of the murder investigation, according to the State Department.

Pompeo needs to overcome the impression given by a picture of him smiling together with Prince Mohammed at the height of the Khashoggi affair that Washington was not serious about pressuring Riyadh over the murder.

Pakistan get in the groove as Denly makes a hundred