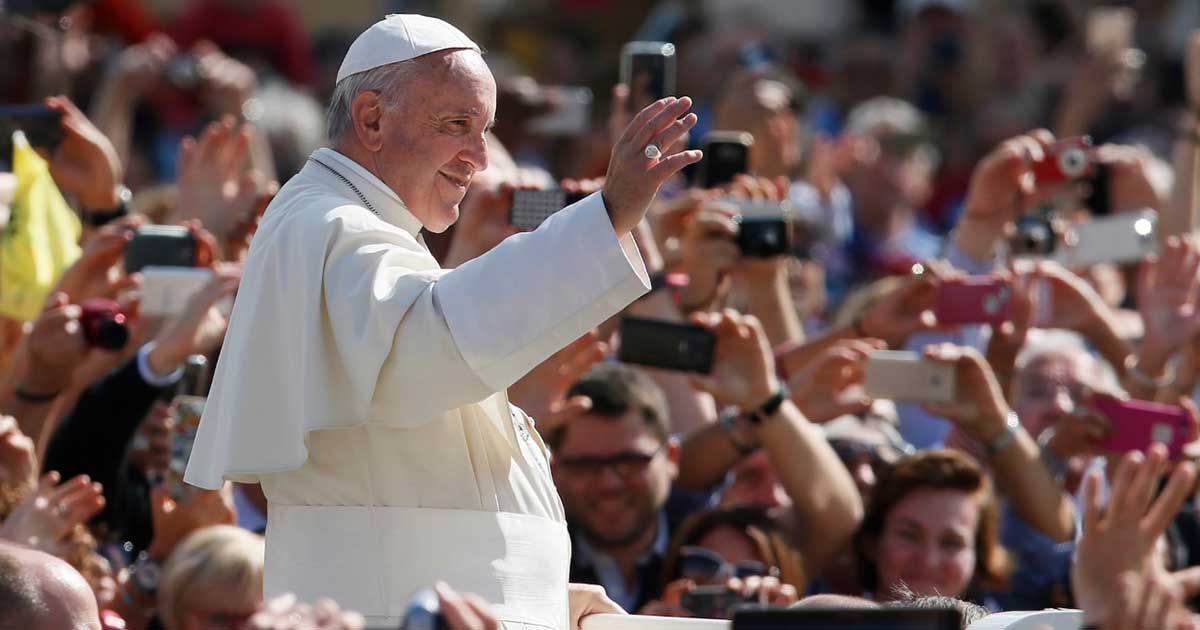 Yellow billboards and buses with Pope Francis’s smiling face will greet the pontiff when he lands in North Macedonia on Tuesday, in a visit delighting a small country whose capital is the proud birthplace of Mother Teresa. Catholics make up only a small sliver less than one percent of the country of 2.1 million, which is a patchwork of faiths and ethnicities.

Like Bulgaria, the pope’s first stop on his three-day Balkan tour, North Macedonia is mainly Orthodox Christian, a church Francis is keen to improve relations with. But the country is also home to a large community of ethnic Albanian Muslims, who make up to a quarter of the population.

People of all faiths have been scooping up the 15,000 tickets to attend the Pope’s mass in Skopje’s main square, which will be held just down the street from where Mother Teresa was baptised in 1910. It is not every day that the country gets to host a global celebrity.

The pope’s unity message may also be an effort to soothe sharp political divides in country that just elected a new pro-West president in a close run-off on Sunday.

“Many of my friends are going, a lot of people want a selfie with the pope you know,” 25-year-old Stefanija Veselovska, who is Orthodox Christian, said with a smile. “Young people love the pope, no matter what their background is,” she added. Abedin Arajdini, a 26-year-old Albanian from a Muslim family, also has a ticket.

“I really want to see this guy,” he told AFP, adding that he is inspired by how Francis “talks about poverty among young generations”. Landlocked North Macedonia is one of Europe’s poorest countries. Average wages are around 400 euros ($450) a month, while more than a third of young people are unemployed.

Ahead of his visit, Francis praised the mix of cultures, religions, and ethnicities in a country that sits at the cross-roads of the East and West. He said he was coming to “sow these seeds” of solidarity.

“Living together is not always easy, we know that,” he said in a video message. “But it’s worth struggling toward because the most beautiful mosaics are the ones that are richest in colours.”

The pope’s unity message may also be an effort to soothe sharp political divides in country that just elected a new pro-West president in a close run-off on Sunday. The rancour has been festering over the center-left government’s deal to officially change the country’s name from Macedonia to North Macedonia.

The move ended a decades-old row with neighbouring Greece and helped clear Skopje’s path to join NATO and the European Union. But it upset critics who felt a piece of their national identity had been unjustly robbed.

Ahead of Francis’ arrival, Prime Minister Zoran Zaev, a devout Orthodox believer, said the pope was “coming to the hometown of Holy Mother Teresa… who carries a special symbol of reconciliation and solidarity”.

Through the grace of God, she became a courageous missionary of Christ’s charity in the world, giving comfort and dignity to the poorest of the poor, he said.

Daughter of your Land

Before his mass on the one-day stop, Francis will be welcomed by the president and prime minister. Then he will meet with the poor and religious leaders at a memorial dedicated to Mother Teresa, who was born to an Albanian family in Skopje when the city was part of the Ottoman empire.

She later left for Calcutta where her work with the poor saw her canonised as a saint by Pope Francis in 2016. Her legacy is visible in her birthplace in the form of statues, memorials and a highway christened in her name.

Read more: Thousands attend mass in Morocco with the Pope

Pope Francis said he “entrusted” his visit to the “great saint, daughter of your land”. “Through the grace of God, she became a courageous missionary of Christ’s charity in the world, giving comfort and dignity to the poorest of the poor,” he said.

3,000 surrender from IS Syria bastion as end nears