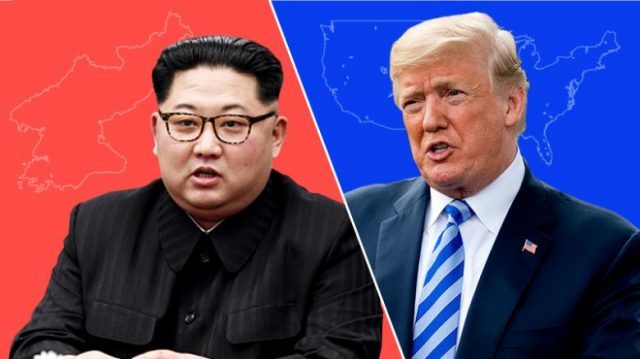 The landmark Nuclear Non-Proliferation Treaty (NPT) celebrated its fiftieth anniversary on July 1, 2018. Theoretically, it remains committed to riding the world of the nuclear weapons. Is a world free of nuclear weapons really doable? Trends reveal of course not. The prospects for progress on article VI of the Treaty are currently “bleak”. In reality, all the nine nuclear-armed states are engaged in modernizing their arsenals and making nuclear weapons a more central part of their defence strategies.

The NPT was introduced at the height of the Cold War, a half-century ago, and signed on July 1, 1968. It entered into force in March 1970. It went into effect with almost 100 states as original signatories and, today, it counts 191 state parties. Its scope included disarmament, arms control and proliferation of nuclear technology for the civilian application or “peaceful” use of the atom for nuclear power generation, medical treatment and improving the agriculture yield.

The Treaty was a grand bargain between the nuclear weapon states and non-nuclear weapon states aspiring for civilian use of nuclear technology. This bargain has permanently divided the world into nuclear haves and haves-not. Article IX, clause 3, states: For the purposes of this Treaty, a nuclear-weapon State is one which has manufactured and exploded a nuclear weapon or another nuclear explosive device prior to 1 January 1967.” Though overwhelming majority has endorsed this discriminatory clause of the NPT, yet a few have refused to accept the inequitable characteristic of the Treaty.

Indeed, the NPT impeded the horizontal proliferation without checking the vertical proliferation of nuclear weapons. The nuclear weapon states—Britain, China, France, Russia, and the United States — are parties to the NPT and they always reiterate their pledge to execute article-VI that demands: “Each of the Parties to the Treaty undertakes to pursue negotiations in good faith on effective measures relating to cessation of the nuclear arms race at an early date and to nuclear disarmament, and on a treaty on general and complete disarmament under strict and effective international control.” Realistically, despite their commitment, the elimination of nuclear weapons remains a vision, not immediately attainable and perhaps not achievable in the anarchical international society. Consequently, approximately 14,455 warheads continue to exist.

From the beginning, Pakistan, India and Israel refrained from joining the NPT for different reasons. India and Pakistan participated in the negotiations of NPT draft discussion but did not join it. They tested their nuclear weapons in May 1998 and today advances their nuclear-triad. South Sudan, founded in 2011, has not joined the NPT and North Korea pulled out of it in 2003. The withdrawal of Pyongyang from the Treaty has increased the chances of nuclear risks in the Korean Peninsula. However, President Donald Trump and Chairman Kim summit on June 12, 2018, in Singapore has lessened tension in the region without a clear signal of the latter to denuclearise North Korea and rejoin the NPT as a non-nuclear weapon state.

The NPT was introduced at the height of the Cold War, a half-century ago, and signed on July 1, 1968. It entered into force in March 1970. It went into effect with almost 100 states as original signatories and, today, it counts 191 state parties.

Similarly, Israel is unwilling to accept constraints on its unacknowledged nuclear weapon programme. Tel Aviv cannot be convinced or coerced into giving up its nuclear arsenal and for joining the NPT. Joe Cirincione, President of Ploughshares Fund rightly concluded, “With President Donald Trump’s abandonment of the JCPOA accord blocking Iran’s paths to a bomb, a new wave of proliferation could threaten the Middle East.”

The alarming fact is that the risk of nuclear weapons being used is on the rise. On April 18, 2018, the United Nations’ representative for disarmament affairs, Izumi Nakamitsu, told a preliminary review meeting of the NPT that: “The threat of the use, intentional or otherwise, of nuclear weapons is growing.” She pointed out: “Rhetoric about the necessity and utility of nuclear weapons is on the rise” and “modernization programs by nuclear-weapons states are leading to what many see as a new, qualitative arms race.” The United States Nuclear Posture Review released on February 2, 2018, manifests that the Americans upgrade their nuclear weapons arsenal to complement massive “strategic” bombs with smaller “tactical” weapons.

World should pressure on Iran over nuclear activity, says Israel

How efficient are U.S sanctions on Iran to bring the country to its knees?