PPP lawmakers in the Sindh Assembly dismissed the bill against forced conversions after it was put to vote. The bill was revised by GDA MPA Goklani to eliminate all the objections that led to its dismissal back in 2016, however, the PPP, yet again, exhibited an unscrupulous response towards minorities’ rights and the scourge of forced conversions. 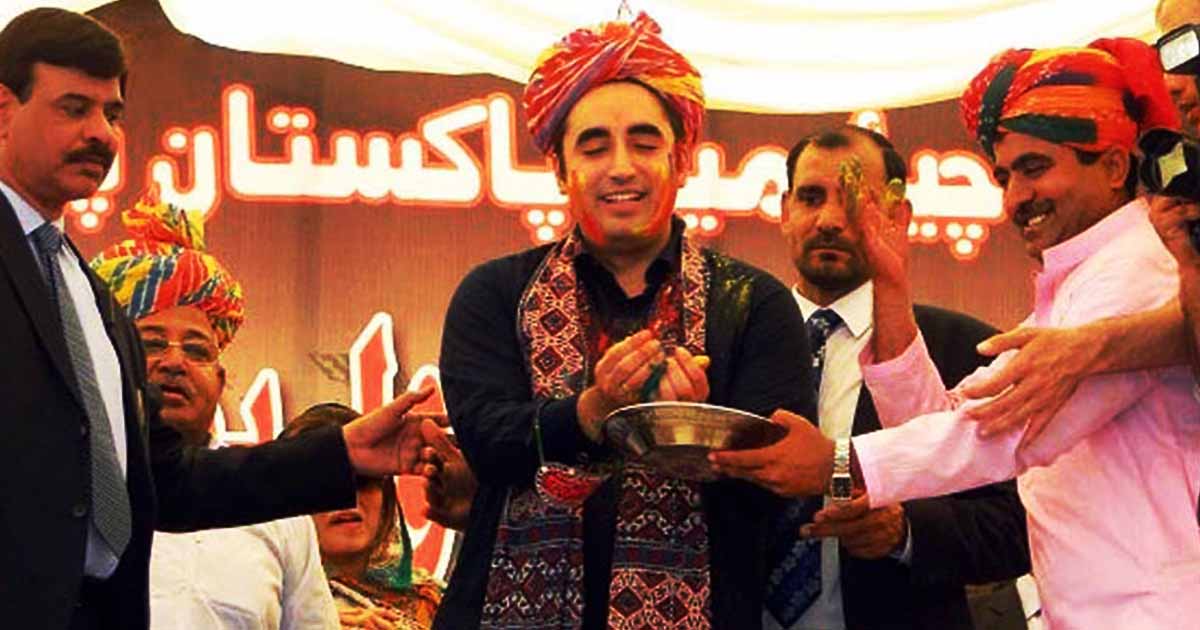 The Pakistan People’s Party (PPP) on Tuesday, once again, turned down a bill against forced conversions during a session of the Sindh Assembly. Despite its loud claims to be the promoter of minorities’ rights, the PPP has exhibited a short-sighted and negligent attitude towards preserving the right to practicing religious freedom.

The Criminal Law bill for the protection of minorities was ushered in by the Grand Democratic Alliance (GDA) MPA Nand Kumar Goklani. This is the second instance in which the PPP has exhibited a negligent response to legislation against forced conversions.

“This was the second time that the PPP gave a lukewarm response to a bill condemning forced conversion. In November 2016, a similar bill was introduced, following numerous complaints of Hindu women, esp minors, being forced to convert to Islam.” https://t.co/8q475SWg7q— Amber Rahim Shamsi (@AmberRShamsi) October 9, 2019

A similar bill was introduced in the Sindh Assembly earlier in November 2016, after multiple complaints registered by non-Muslim women, primarily minors, from Sindh’s Hindu community after being forced to convert to Islam. The bill was passed and the Sindh Assembly was praised for its principled stance that took lead on eliminating the scourge of forced conversions.

The decision was lauded by multiple provincial parties, including the PPP and the Muttahida Qaumi Movement (MQM). However, PPP disappointed millions across the country by retracting its decision in the aftermath of the pressure created by the protests of religious groups and parties, who threatened to pour out on the streets in protest against the bill.

A report by the local media cited an unmade “senior official in the Sindh government” who divulged that the bill was retracted after the Jamaat-e-Islami leader Sirajul Haq had a meeting with PPP leader and former President Asif Ali Zardari.

The source, who was privy to the developments that occurred back in 2016, said, “Soon after the bill was passed in 2016, Jamaat-e-Islami leader Sirajul Haq held a meeting with PPP leader Asif Ali Zardari and conveyed the grievances of religious parties and the Council of Islamic Ideology.”

The source added, “Soon after, the PPP leadership conveyed a message through the chief minister (CM) to the then Sindh Governor Justice (Retd) Saeeduzaman Siddiqui, asking him not to ratify the bill.”

The Sindh Local Government Minister Nasir Hussain Shah apprised the media that the PPP does not stand against the bill but it cannot bypass the regulations.

Therefore, the bill was retracted by the Sindh Governor, who urged the assembly to reconsider its implementation. The Governor had raised the issue over the clause that forbade the religious conversions of minor girls, and demanded an end to this practice. Sindh Governor Saeeduzaman Siddiqui challenged this clause, stating, “When Hazrat Ali can embrace Islam at such a young age, why can’t minor Hindu girls do the same?”

Sindh Governor garnered the support of religious parties across the province. A few days later GDA MPA Nand Kumar Goklani returned the bill to the assembly secretariat after redrafting the legislation with the help of legal experts. Goklani submitted a revised version of the bill on Tuesday.

Presenting the bill against forced conversions in the Sindh Assembly, MPA Goklani said that he had attempted to make amends to the proposed legislation in an attempt to eliminate the objections raised by the former Sindh Governor.

Goklani requested the Sindh Assembly Speaker Agha Siraj Durrani to allow him to read the bill in the assembly. Once the bill was presented, the speaker asked Sindh Local Government Minister Nasir Hussain Shah to provide the response of the provincial government.

PPP lawmakers turn down bill against forced conversions:
Is it only hollow sloganeering just to create a deception of being tolerant & pluralist? @BBhuttoZardarihttps://t.co/rT4diY0jrE— Atif Malik (@atifsmalik) October 9, 2019

Nasir Hussain Shah responded that the fate of the bill will be decided upon by the Sindh cabinet, and asked for the bill to be referred to the cabinet. Goklani, joined by other members of the GDA, urged Shah to at least allow the bill to be introduced into the assembly. However, Shah dismissed their pleas, maintaining that the “bill was already passed in the house once in 2016 but the governor had rejected it”. He said, “We need the permission of the cabinet to introduce it in the house again.”

This stance was opposed by GDA MPA Arif Mustafa Jatoi, who maintained that the revised bill has taken into account the objections raised by the former Sindh Governor, and there is no need to refer the bill for the cabinet’s approval.

Jatoi said, “Such issues are to be resolved on the assembly floor.” He suggested that the standing committee can debate the merits of the bill, or perhaps, a special committee can be formed to review its clauses. However, the Sindh Assembly speaker rejected Jatoi’s recommendation and insisted on referring the bill to the provincial cabinet.

The Sindh Assembly Speaker Agha Siraj Durrani warned, “If you do not agree to refer the bill to the cabinet, I will then put its vote in the house, following which you will never be able to move it again.” When the bill was put to vote in the assembly, it was rejected as majority of the treasury benches voted against it.

Addressing the press outside the Sindh Assembly, MPA Nand Kumar Goklani said that the PPP-led Sindh government and its lawmakers have been exposed after their lack of support for the forced conversions bill. Goklani said, “I will suggest to put an end to their dramas of celebrating Hindu festivals like Holi and Diwali. They must stop touting themselves as the champions of minorities’ rights.”

All political parties need to man up and start taking this bull by the horns. Every sane individual in this country has to stand up for our minorities and their rights.

Implement Jinnah's August 11 speech, both, in letter and in spirit.
https://t.co/Xs0PoaqtL7

Expressing his disbelief and disappointment over the silence expressed by PPP MPAs hailing from religious minority communities, Goklani said, “Our girls are being kidnapped and forcefully converted, and for the last few years, I have been struggling to pass a bill a legislation against this peril but today, the Sindh government has exhibited its unwillingness to address this menace.”

The Sindh Local Government Minister Nasir Hussain Shah apprised the media that the PPP does not stand against the bill but it cannot bypass the regulations. He said, “After consulting with all the stakeholders, we will pass the bill against forced conversions soon.”

Were the protestors in Faizabad peaceful?