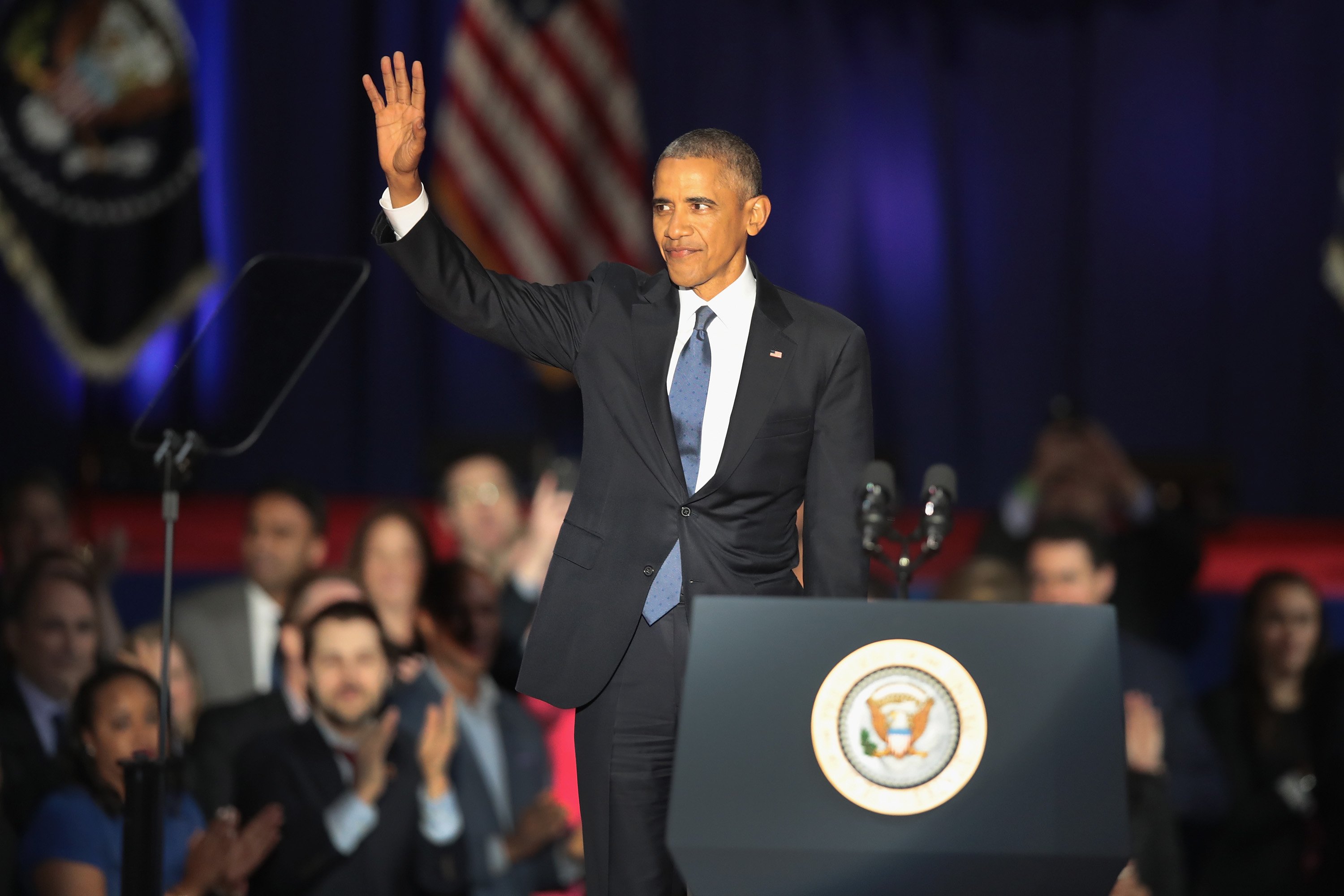 The 44th President of the United States, Barack Obama just gave his final farewell speech, on Tuesday 10 January, 2017, to the nation in Chicago, the city where it politically started for him in 2004. He looked back at his legacy and thanked his supporters for being with him for the past eight years.

“We all have to start with the premise that…our fellow citizens loves this country just as much as we do” —@POTUS https://t.co/9h2vuuR8Vw
— The White House (@WhiteHouse) January 11, 2017

He encouraged supporters upset with the win of Republican Donald Trump and called on them to not ‘give up if you are not happy with your politicians get up and run for office yourself.’ He was accompanied by Joe Biden, vice-president, his wife and children and many White House staff members.

He went through the achievements of his administration particularly the Obamacare health plan and climate change and said “America is better than when we started.”  He encouraged the nation to fight harder on climate change cautioning them “without bolder action, our children won’t have time to debate…climate change, they’ll be busy dealing with its effects.”

President Obama warned Americans not to take democracy for granted and said that “our democracy is threatened whenever we take it for granted.” He stated that “democracy can buckle if it gives into fear.” And “I reject discrimination against Muslim Americans.” He acknowledged that not enough had been done for race relations and needed to better and reiterated that blacks in America when protesting “they demand equality, not privilege.”

He thanked his vice-president Joe Biden for his support – saying ‘you were the first decision I made as a nominee and it was the best.’ President Obama emotionally went on to say ‘I love you like a brother’. He also thanked his wife and children for being with him and supporting him during this period.

“To Joe Biden, the scrappy kid from Scranton who became Delaware’s favorite son: you were the first decision I made as a nominee & the best” pic.twitter.com/rAExHaRuc7

President Obama finished his around 30 minutes speech thanking Americans and telling them it had been an honour to serve them.

Russia-China-India triangle – then and now