Public hearings for Trump's impeachment probe begin as Democrats and Republicans fight for their cases in the House of Representatives. 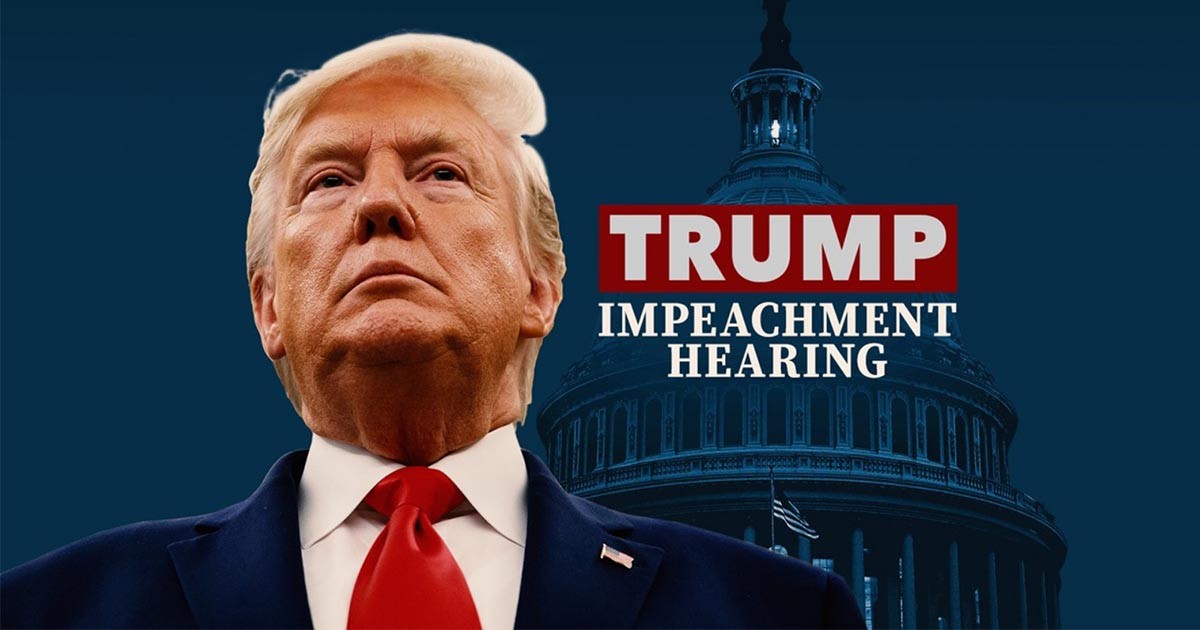 Two top US diplomats delivered gripping testimony Wednesday about Donald Trump’s efforts to get Ukraine to investigate his potential 2020 rival Joe Biden, as the impeachment inquiry into the president shifted into a new phase of high-stakes televised hearings.

Trump dismissed the probe in the Democratic-led House of Representatives as a “witch hunt” and said he was “too busy” to watch the first public hearings, during which he received staunch backing from Republican lawmakers.

William Taylor, the top US diplomat in Ukraine, began his testimony before the House Intelligence Committee with a new revelation about Trump’s efforts to pressure Kiev — the main issue of just the fourth impeachment process in US history.

Democrats accuse Trump of abusing his power by using US military assistance and a possible White House meeting to pressure President Volodymyr Zelensky into opening a probe into the Democrat Biden and his son Hunter, who served on the board of Ukrainian gas company Burisma.

Polls show a slim majority of Americans favor impeachment, but Trump’s sizable voter base — which delivered his shock victory in 2016 — rejects the allegations.

The key evidence is the official White House transcript of a July 25 telephone call between Trump and Zelensky in which the US president asked his Ukrainian counterpart to investigate the Bidens. Taylor testified that he was told Trump cared more about the probe than he did about Ukraine.

The grey-haired former Army officer and veteran diplomat, who testified in a closed hearing last month, said he had since become aware of a telephone call between Trump and the US’s EU ambassador Gordon Sondland, which a member of Taylor’s staff overheard.

The staffer asked Sondland after the call what Trump thought about Ukraine and was told that “President Trump cared more about the investigations of Biden,” Taylor said. Freshman House Democrat Alexandria Ocasio-Cortez, an outspoken Trump critic, said the new Taylor comment added “a layer of proximity” for the president.

“(Trump) himself was making and partaking in some of these phone calls… And that really adds a much more disturbing degree of the involvement that he had in using the powers of government to create politically motivated investigations,” the New York representative told CNN.

Ambassador Sondland claimed there was 'no quid pro quo,' but he also said Ukraine wouldn't get any quid unless they provided the quo, according to William Taylor's testimony. pic.twitter.com/cck2bb6Vf3

Asked about the new allegations, while hosting his Turkish counterpart Recep Tayyip Erdogan at the White House, Trump replied: “First time I’ve heard it.” Sondland “did speak to me for a brief moment, and I said no quid pro quo under any circumstances.”

Republicans sought to undercut the witnesses’ testimony by focusing on Hunter Biden’s role on the Burisma board, pointing out that he was paid $50,000 a month and questioning his qualifications.

“Withholding security assistance in exchange for help with a domestic political campaign in the United States would be crazy,”

They also stressed that the Ukrainians were not aware for months that the White House had put a hold on the nearly $400 million in military assistance and that it was eventually released in September.

“What did President Zelensky actually do to get the aid?” asked John Ratcliffe, a Texas Republican congressman. “The answer is nothing. He didn’t open investigations. “He didn’t do any of the things that House Democrats say that he was being forced and coerced and threatened to do.”

In his opening statement, Taylor recalled opposing making US military aid to Ukraine or a White House visit by Zelensky contingent on Kiev investigating the Bidens. “Withholding security assistance in exchange for help with a domestic political campaign in the United States would be crazy,” he said. “I believed that then and I believe it now.”

Ambassador Taylor says there seemed to be "two channels" of US policy on Ukraine: one regular, one "highly irregular"

"Irregular" one was "unaccountable to Congress" & led by people including Gordon Sondland & Rudy Giuliani, he sayshttps://t.co/r3ohzfgj15 #ImpeachmentHearings pic.twitter.com/rHAZY2rmr3

“I believe he was looking to dig up political dirt against a potential rival in the next election cycle,” said the deputy assistant secretary of state.

“I do not believe the United States should ask other countries to engage in selective politically associated investigations or prosecutions against opponents of those in power because such selective actions undermine the rule of law.”

In the first step, the House will investigate whether Donald Trump’s conduct towards Ukraine merits impeachments. Major players from the Democratic Party include Adam B. Schiff, Chairman of the House Intelligence Committee as the prosecutor, Hakeem Jeffries, an up-and-coming Democrat as the Messenger, and Daniel Goldman as one of the top investigators on the House Intelligence Committee.

The Republicans are represented by Trump’s closest allies such as Jim Jordan, Devin Nunes, Mark Meadows and Doug Collins who are willing to do what they deem necessary to undercut Democrats’ case.

Nancy Pelosi, Speaker of the House, stands as the Decider therefore she will be the final decision maker on all matters of consequence in her chamber, including if and when the House will ultimately hold a vote on impeachment articles.

.@SpeakerPelosi: “A system of checks and balances—that’s a republic, if we can keep it. And we have the responsibility to keep it as custodians of the Constitution. We are defenders of our democracy." pic.twitter.com/dupa93Ao4K

If the House impeaches Trump, it would then go to trial in the Senate, where Republicans enjoy a 53-47 majority. The next hearing is scheduled for Friday, featuring the US ambassador to Ukraine who Kent said was recalled by Trump after being subjected to a “smear campaign” by Giuliani.

Eight more witnesses, including Sondland, are to appear next week, the second of several planned weeks of hearings.

The investigation threatens to make Trump the third US president to be impeached, after Andrew Johnson in 1868 and Bill Clinton in 1998, although the Senate would need to convict him to remove him from office.

Neither Johnson nor Clinton was convicted. But in 1974, Richard Nixon resigned in the face of certain impeachment and removal from office for the Watergate scandal.

In his opening statement, committee chairman Adam Schiff, the California congressman overseeing the probe, said the proceedings will examine “whether President Trump sought to exploit (Ukraine’s) vulnerability and invite Ukraine’s interference in our elections.”

“If this is not impeachable conduct, what is?” Devin Nunes, the top Republican on the panel, hit back by accusing Democrats of a “carefully orchestrated media smear campaign.”

“It’s nothing more than an impeachment process in search of a crime.” Coming just one year before elections, the hearings carry great risks for both parties and no certain reward, with a divided US electorate weary of Washington infighting.

Polls show a slim majority of Americans favor impeachment, but Trump’s sizable voter base — which delivered his shock victory in 2016 — rejects the allegations.