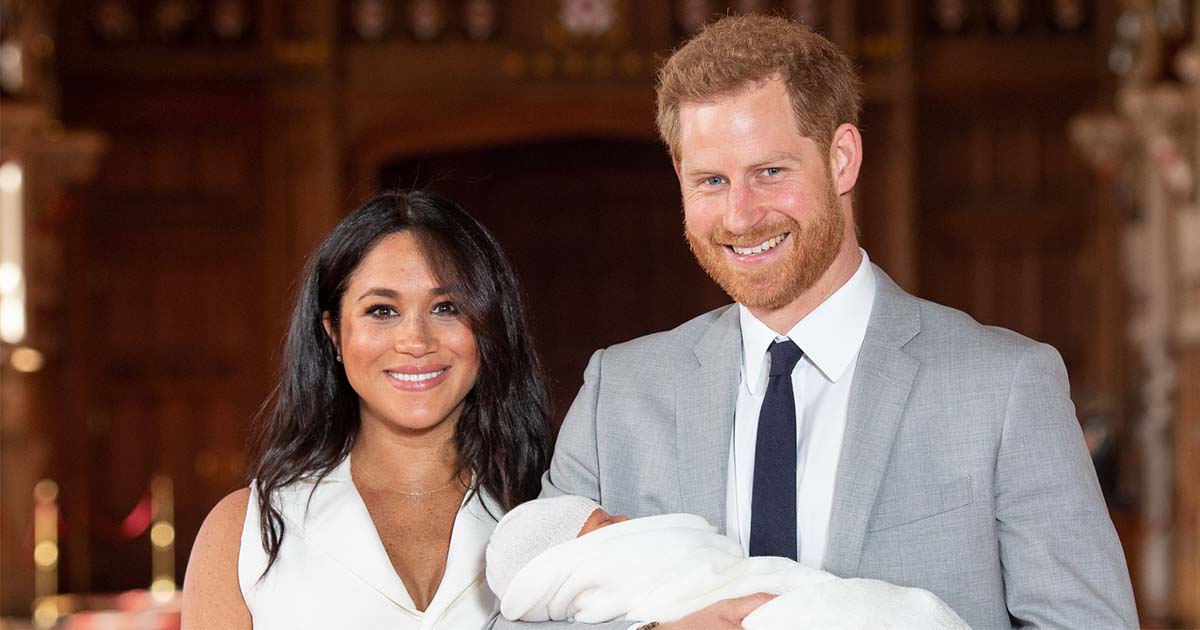 Britain’s Prince Harry and wife Meghan on Wednesday announced their new “dream” son’s name is Archie, hours after showing him off to the world for the first time.

“The Duke and Duchess of Sussex are pleased to announce they have named their first born child: Archie Harrison Mountbatten-Windsor,” the couple announced on their Instagram account, ending months of speculation. The informal choice defied the bookmakers’ predictions and confirmed the couple’s determination not to be bound by tradition.

Meghan has also made waves with her modernising ways and recently raised eyebrows by closing her own car door — a task usually performed by aides.

Archie’s proud parents emerged in front of the cameras inside Windsor Castle earlier Wednesday to show off their son, ahead of introducing him to great-grandmother Queen Elizabeth II. “He’s just been a dream,” said a smiling Meghan, 37, in her first public comments since giving birth to the seven-pound, three-ounce (3.26-kilogram) baby, who stayed firmly asleep during his public unveiling.  “He has the sweetest temperament.

He’s really calm,” added the Duchess of Sussex, as Prince Harry cradled the newborn, wrapped in a white blanket, by her side. Royal watchers had been desperate for a glimpse of the new baby, who is seventh in the line to the British throne, ever since the couple announced his birth to their 6.5 million followers on Instagram with the message “It’s a BOY!”

“Parenting is amazing,” said 34-year-old Harry, the day after brother Prince William — two years his senior and with three children of his own — had jokingly welcomed him to the “sleep deprivation society that is parenting”. “We’re just so thrilled to have our own little bundle of joy.” Meghan added: “It’s been a special couple of days.”

Royal fan Margaret Tyler told AFP that Harry appeared to be “absolutely besotted” by his son. “He looks absolutely adorable, he is like a little doll, isn’t he?”, she said outside Windsor Castle, west of London. “What proud parents he’s got.”

The informal choice defied the bookmakers’ predictions and confirmed the couple’s determination not to be bound by tradition.

The couple revealed Queen Elizabeth’s husband Prince Philip, the Duke of Edinburgh, had got a sneak preview in a chance encounter in the corridors of Windsor Castle. “We just bumped into the Duke as we were walking by, which was so nice,” said Meghan.

“It’ll be a nice moment to introduce the baby to more family.” Prince Charles, on a visit to Germany on Tuesday, said he was “obviously delighted” and “impatient” to see his fourth grandchild. The heir to the British throne, speaking in German, said he would see the baby “in the coming days when things are calmer”.

Crowds have gathered outside Windsor Castle all week to wish them well. It was a rare piece of good news for a nation consumed by the protracted Brexit drama. And it has given people a chance to celebrate royal traditions — this time with a young American twist.

Former US TV star Meghan has created a fresh buzz around the century-old House of Windsor. Some fans have also been intrigued by her heritage. “I want to see how he’ll look. As Meghan is mixed race, I’m curious”, said Zahra Kibue, 34, who lived in Kenya before moving to England a few years ago.

The couple revealed Queen Elizabeth’s husband Prince Philip, the Duke of Edinburgh, had got a sneak preview in a chance encounter in the corridors of Windsor Castle.

Meghan has also made waves with her modernising ways and recently raised eyebrows by closing her own car door — a task usually performed by aides. She also ignored tradition by keeping the birth and recovery process private, unlike sister-in-law Kate, who appeared before the cameras hours after giving birth.

The couple have also chosen not to use courtesy titles at present, although he could become a prince when his grandfather, the Prince of Wales, becomes king. The inspiration behind the name is now likely to be the main source of speculation.

The name has traditionally been used as a shortened version of the old English and Scottish name Archibald, meaning “truly brave”, but has recently become increasingly popular in its own right. It was the 15th most popular boy’s name in Britain last year, according to website Baby Centre, using official figures.

British bookmakers had a busy few months of betting on the name, with Archie a rank outsider. UK royal names are normally chosen from a relatively restricted pool of those used by past kings and queens.

But Meghan and Harry are anything but normal royals, and reports had emerged that the couple were considering an unusual name that was relevant to both Britain and the US.