Prince Harry & Meghan Markle to tie the knot on May 19th 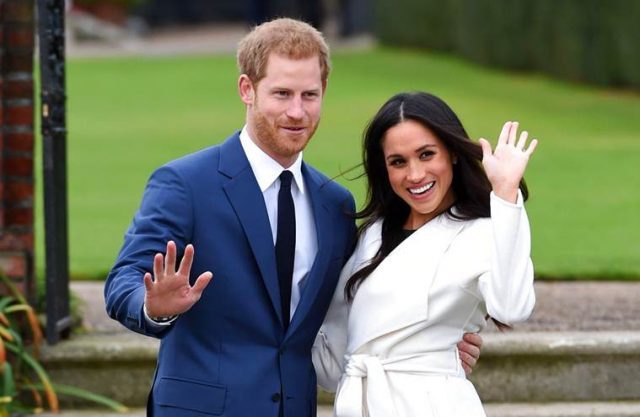 Kensington Palace on 15th December announced the marriage date of Prince Harry and Meghan Markle. The couple is set to tie the knot on May 19th,2018.

His Royal Highness Prince Henry of Wales and Ms. Meghan Markle will marry on 19th May 2018.

Today’s announcement follows earlier confirmation of the month of the wedding and its location at St George’s Chapel, Windsor Castle. pic.twitter.com/7pgdRM90Na

The Royal Family will pay for the wedding, including service, music, flowers, and reception.

The event will take place just a month after the Duke and Duchess of Cambridge will welcome their third child in the family.

As informed by Kensington Palace, Prince Harry and Meghan Markle will be spending their Christmas holidays with the Queen and other Royal family members at Sandringham as an engaged couple.

The couple attended their first royal event together in the city of Nottingham earlier this month, where they were met by well-wishers.

The couple first announced their engagement in November. The couple opened up for the first time about their relationship in an interview last month when Harry told an international publication that his late mother, Princess Diana, would have been “over the moon” about the pair’s engagement.

It is also said that Harry designed their engagement ring himself. It features a diamond from Botswana accompanied by two smaller diamonds from Diana’s jewellery collection, which the Prince said he wanted to include her “to make sure she’s with us on this crazy journey together.”

As soon as the news circulated on social media, wishes and greetings started to pour in for the couple. Ivanka Trump, the first daughter of US also congratulated the couple in her tweet.

1:2 Wishing Meghan and Prince Harry a lifetime of love, laughter and happiness together. https://t.co/fgjJhCfYnr https://t.co/8YP3Nzef5I

However, speculations on whether the First Family of the US will be on the Royal Family’s guest list or not still exist.

Prince Harry does enjoy cordial relations with the Obama family, and he may be an expected guest to the wedding as well.

The former President of the US Barack Obama though was not invited to Prince William’s wedding due to security reason.

How Pakistani celebrities are enjoying ‘Halloween’?