The tenacious APS survivors have kept their resolve to overpower the spine-chilling deadly terror attack. From losing friends and siblings in the attack, theses survivors are carving out positive experiences from dreadful memories. Undoubtedly setting remarkable instances for others to follow. 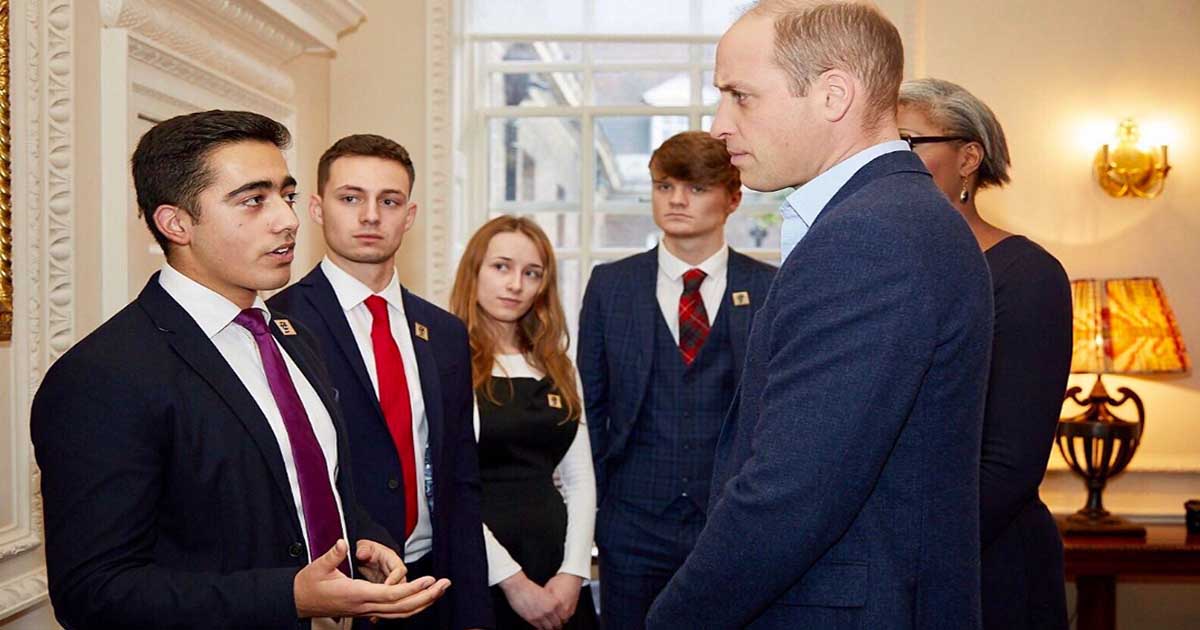 Ahmad Nawaz, a valiant APS survivor met Britain’s Prince William at Kensington Palace after he along with other winners of Global Legacy Award 2019 were invited for a tea.

I’m extremely honoured to be awarded ‘The Legacy award 2019’ for my global campaign.
It was an absolute pleasure to be invited by HRH Prince Williams to @KensingtonRoyal for tea and share my work for young people with him.
He told me that he loved his recent visit to Pakistan 😊 pic.twitter.com/g31oztaMoL

Ahmad Nawaz was part of the group of 20 international students who were awarded The Legacy Award. They were invited to discuss their campaign of social change with Duke of Cambridge, Prince William. The passionate students discussed their ideas of the campaign with Prince William.

Ahmed Nawaz, the fortunate survivor of the APS attack in 2014, has become the first Pakistani to receive the Princess Diana Award for his anti-radicalization campaign.

He campaigned throughout the schools in the UK to save students falling prey to extremism and radicalization by sharing his experience. Ahmed Nawaz is among the 45,000 ordinary youngsters bestowed with the Princess Diana Award.

The prestigious accolade recognizes the youth playing their part in serving the society. The Princess Diana award, the legacy of the Princess of Wales, Diana, was founded on her belief that the youth has profound potential and power to lead the world.

Ahmed Nawaz, now 18, was 14 when the Taliban attacked his school in Peshawar in 2014. He managed to save himself by pretending to be lying dead and got to see the horror happen right before his eyes witnessing his teacher get set on fire by terrorist militants. He suffered multiple injuries on his arm; was given special treatment at Birmingham’s Queen Elizabeth Hospital.

Ahmad survived the attack but lost his brother in the deadly massacre. He excelled in GCE [General Certificate of Secondary Education] examinations in the UK, securing six A*s and two As in his eight international GCSE exams.

APS survivor M. Waleed Khan, after plastic (fat grafting )surgery.
This is his 12th surgery after the horrendous attack on APS on 16th Dec,2014.
Get well soon ⁦@WaleedKhanAPs⁩ pic.twitter.com/eAzjdBFLLj

Another bright APS survivor is Waleed Khan, who converted his traumatic experience of APS attack into his passion to uplift people and drive them to achieve his goals. Waleed Khan has become a motivational speaker despite living the dreadful consequences of the APS attack. Earlier, this month, Waleed underwent his 12th plastic surgery. Waleed Khan suffered six bullets in the horrendous attack.