Prisoner swap between Israel & Hamas: Can we expect peace in Middle East?

Long-stalled negotiations on prisoner swap between Israel & the Palestinian militant group, Hamas, can kickstart as Israel is going to form a new government. Israel has not confirmed to hold talks with Hamas, with which it has fought three wars since 2007, but recent media reports suggest the two sides are nearing an agreement. 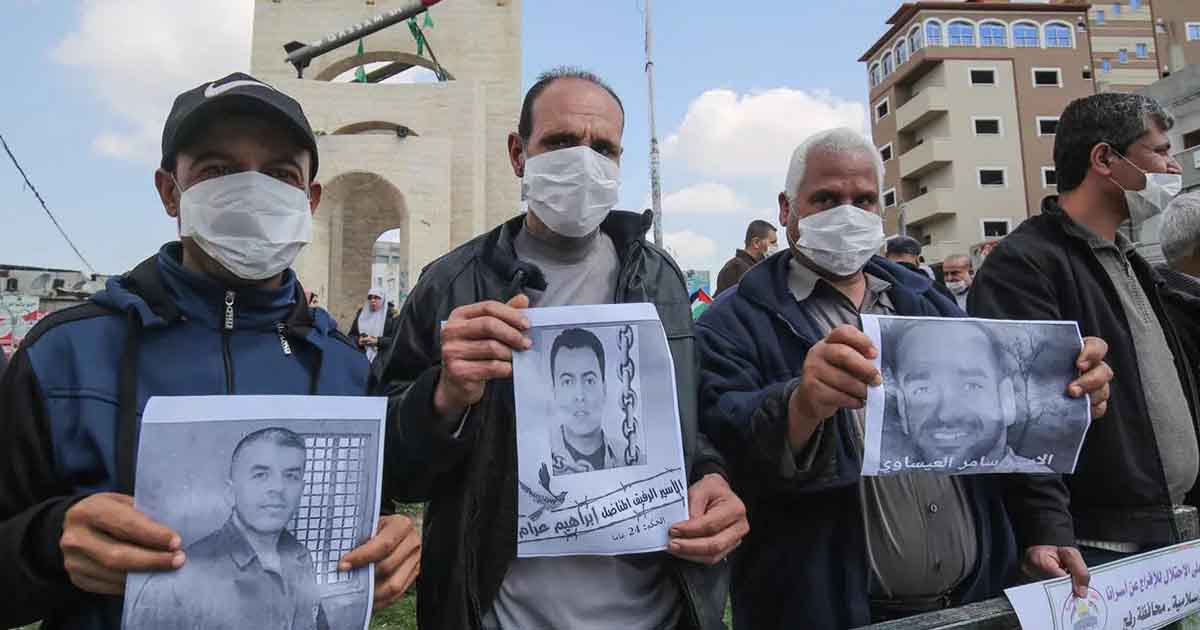 Long-stalled negotiations on a prisoner exchange between Israel and Palestinian militant group Hamas could be given fresh impetus by the coronavirus pandemic and the formation of a new Israeli government, analysts say.

A deal, which would be the first in almost a decade, is not yet close but significant steps have been taken in recent weeks, said a Hamas official speaking on condition of anonymity.

Israel has not confirmed it is holding talks with Hamas, with which it has fought three wars since 2007, but recent media reports suggest the two sides are nearing an agreement.  Germany and Russia are reportedly involved in the talks as is traditional mediator Egypt.

Since Israel’s 2014 invasion of the Hamas-controlled Gaza Strip, the Islamist group has held the bodies of Israeli soldiers Oron Shaul and Hadar Goldin, although Hamas has never confirmed their deaths.

Hamas is also believed to be holding two Israeli citizens who entered Gaza alone and whose families say they have mental health issues. Israel is meanwhile holding more than 5,000 Palestinians in its jails.

In the most recent prisoners swap, in 2001, Hamas and the Jewish state brokered a deal that saw more than 1,000 Palestinians released in exchange for Gilad Shalit, an Israeli soldier captured five years earlier.

In early April Yahya Sinwar, head of Hamas in Gaza, claimed he was especially concerned about humanitarian conditions in Israeli prisons during the coronavirus pandemic and was ready to negotiate.

Sinwar himself is a former inmate of Israeli jails and was freed in the 2011 exchange.

Israeli authorities have identified more than 16,000 coronavirus patients, including 240 deaths. More than 350 people have been infected in the Palestinian territories, though only 20 in Gaza.

Hamas denied that there was any progress regarding a prisoner exchange agreement with #Israel, but said #Egypt and #Russia were involved in mediation efforts to secure a deal.
Report by @KhaledAbuToameh https://t.co/sEMquG89Ep— The Jerusalem Post (@Jerusalem_Post) May 5, 2020

Sinwar’s comment was interpreted by Israel as indicating a new willingness to broker a deal, said Kobi Michael, a senior fellow specialising in the Israeli-Palestinian conflict at Israel’s Institute for National Security Studies.

After more than a year of stasis, the country will swear in a new government on May 13 — with Prime Minister Benjamin Netanyahu and his former rival Benny Gantz agreeing to share power.

For the initial 18 months, centrist former army chief Gantz will serve as defence minister, taking over from hardline right-winger Naftali Bennett, who had opposed negotiations with Hamas.

“A deal might be easier to reach if a new government is formed because of the composition of the security cabinet,” Michael said.

A talked-about first step could see Israel release some elderly and sick prisoners jailed for minor crimes in return for Hamas providing information about the two Israeli civilians and confirmation that soldiers Shaul and Goldin are dead.

A Hamas official close to the negotiations told AFP there had been progress in recent weeks but the sides were still some distance apart.

“There is a step on which to build and it needs moves from (Israel) to complete the deal,” he said.

The Hamas official said so far Israel was offering the release of dozens of prisoners held on minor charges but that Hamas was demanding more, including freedom for some inmates serving longer sentences.

#Hamas official says mediation efforts on a prisoner exchange deal between Hamas and Israel have progressed thanks to Egyptian, German and Swiss mediation. #Palestinian https://t.co/9at8pF2cVE— Linda Hemby (@LindaHemby) May 9, 2020

“Both sides are seriously occupied in negotiations over the deal and willing to make concessions,” said Michael from INSS.

“I think that under the current circumstances and atmosphere of the coronavirus crisis, we are closer than before.”

Israel has for 13 years maintained a blockade on Gaza that it says is necessary to isolate Hamas, which it considers a terrorist group, but critics say it punishes and impoverishes all two million residents.

The last prisoner-swap deal is still controversial among Israelis, many of whom believe too high a price was paid.

Rockets and mortars are often fired from Gaza towards Israel, which responds with airstrikes.

Michael said Israel would hope a prisoner exchange could lead to a wider truce that will ensure calm.

“If both sides reach such an agreement, they’ll be able eventually to reach to a broader security agreement that will last a couple of years.”

PSL victors to get Rs20m from Pervez Khattak