Priyanka Chopra and Nick Jonas spotted together at JFK airport 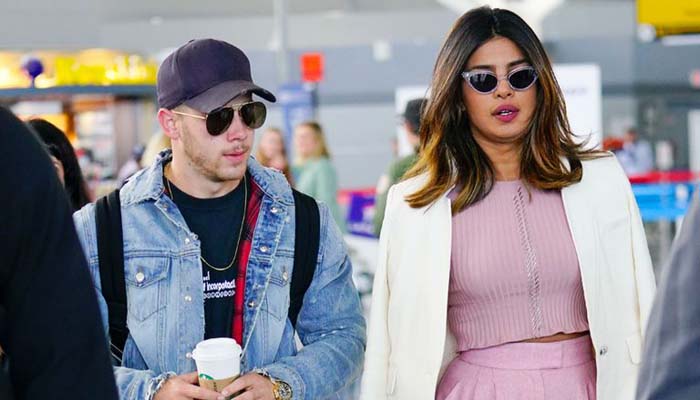 Priyanka Chopra and Nick Jonas’ rumoured affair has grabbed the headlines and has left their fans extremely excited. Even though the two have never openly admitted to their rumoured relationship, but the pictures which have been going viral of late tell a different story.

A few pictures were shared by Nick Jonas on his Instagram stories where he was seen posing right next to Priyanka Chopra along with a couple of friends on a yacht. Nick and his close friends Glen Powell, Greg Garbowsky, Wilmer Valderrama and Chord Overstreet joined them on the leisure vacation. The two look quite into each other in the picture, and so this has given rise to numerous speculations about them dating.

Read more: Priyanka admits she was in a ‘committed relationship’ in America

Now a recent picture has started doing the rounds where the duo was spotted at the John F. Kennedy International Airport recently and photos of them navigating the airport together have flooded social media as on Saturday morning. Clicked by the paparazzi, PeeCee was seen donning mauve separates and Nick was in his usual casuals. They were clicked while they indulged in a conversation sipping into their coffee.

While most rumoured couple tries to hide from shutterbugs, Priyanka and Nick seem unperturbed with the media’s presence.

France Telecom goes on trial over wave of suicides