New York, America's commercial and cultural centre remains shut even after two months raising doubts if this great centre of western civilisation will be able to regain its bustling status. Schools, legendary Museums, amazing Broadway theatres, colourful cinemas, beaches all things that make New York what it is remain shut. 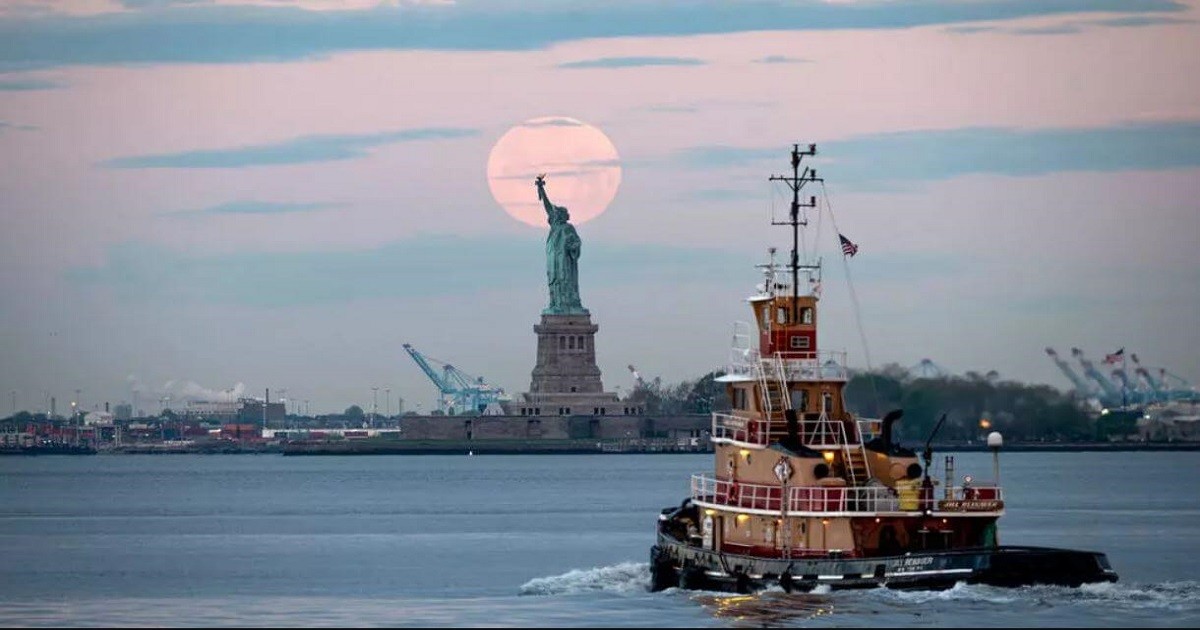 While many European cities begin the process of reviving their economies, the Big Apple — America’s coronavirus epicenter — remains shut as authorities fear to spark another wave of COVID-19 infections.

“I’m bored to tears,” said sprightly 80-year-old Rhoda Glass, who at this time of year would normally be bouncing between the several charities where she volunteers.

“I’m just hoping we come back to a semblance of normal pretty soon,” she told AFP.

That wish seems unlikely with Mayor Bill de Blasio saying NYC will have to wait until June before a decision can be made on when non-essential businesses, such as its world-renowned museums, can reopen.

Sipping cocktails on a rooftop bar, seeing a concert in Madison Square Garden or being absorbed in the crowds of Times Square: activities symbolic of New York’s status as a bustling, exciting metropolis seem unimaginable in the foreseeable future.

Beloved Broadway theaters have said they will not reopen until at least early September.

And leaders have warned New Yorkers that they may have to endure the city’s notoriously sweltering summer months without access to its hugely popular beaches.

Authorities have already said swimming pools will remain closed and insist it is even too early to say whether schools will be allowed to open in September for the new academic year.

“We have to be smart,” Governor Andrew Cuomo has said numerous times about reopening, pointing out that countries which eased restrictions too quickly had to shut down again after cases spiked.

COVID-19 is thought to have killed more than 20,000 New York City residents since it registered its first case in early March, representing almost a quarter of America’s coronavirus deaths. More than 80,000 Americans have died across the country. Some fear that deaths still remain under reported. Country’s geriatric population (above 70 years of age) has been hard hit.

Upwards of 700 New York state residents were dying every day at the height of the crisis last month. Numbers this week have been hovering around the 160-mark.

A handful of less-affected regions will start to reopen on Friday but they represent a small fraction of New York state’s 20 million inhabitants.

New York City is some way off meeting the Centers for Disease Control and Prevention guidelines for reopening which include a continuous 14-day decline in deaths and new cases.

Cuomo is committed to the criteria, even as other states reopen without meeting them.

While demonstrations against confinement measures have multiplied across the United States, New Yorkers have largely followed the orders, although sunnier weather has seen residents flock to parks in recent weeks.

Despite emergency field hospitals having come down and sirens noticeably less frequent, residents required to wear masks outdoors and clapping for essential workers at 7:00 pm are daily reminders the crisis is far from over.

A recent spike in children becoming infected with a rare inflammatory syndrome similar to Kawasaki disease that scientists suspect is linked to COVID-19 has also reignited fears about the virus.

Doctors say parents, hospitals and clinics should expect to see more cases of a mystifying condition, called multisystem inflammatory syndrome, that seems to be affecting children after a bout with Covid-19. https://t.co/WTdg7gqoID

“Continuing the lockdown is the right decision. It really sucks but it is what it is,” 40-year-old trader Shelby, who declined to giver her surname, told AFP.

The crisis has exposed inequalities in one of America’s most diverse cities, with African-American and Latino communities dying in disproportionately large numbers.

It has also left hundreds of thousands of people unemployed and the city facing a multi-billion-dollar funding crisis that threatens a financial crisis not seen since the 1970s. That requires federal help.

New Yorkers concerned that the Big Apple might never be the same again take solace in the fact it has recovered from other tragedies, namely the 9/11 attacks and Hurricane Sandy.

“We’ll bounce back. We’re New Yorkers. That’s what we do,” said Glass.

How our societies can collapse? Is this the end of the world?