Prospects of China’s mediation with Saudi Arabia and Iran; Where Pakistan fits in? 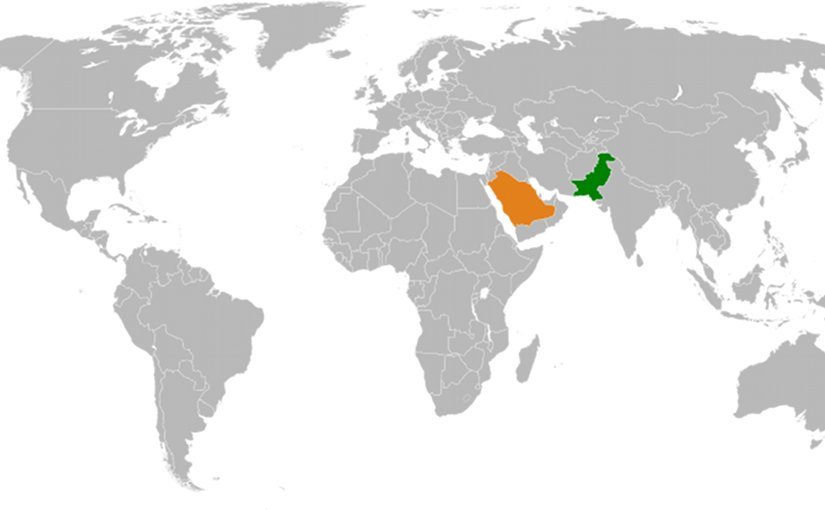 This week’s sanctioning of one of China’s largest telecom equipment manufacturers, ZTE, by the US Commerce Department, and an investigation of Huawei,  ZTE’s foremost Chinese competitor, could not have come at a more auspicious moment for Saudi King  Salman as he visits China on the third leg of his month-long Asian tour.

King Salman’s visit aims to strengthen economic and military ties and persuade China that Saudi Arabia rather than Iran is its most useful regional ally. The penalties and investigation of the two Chinese companies related to violations of US sanctions on Iran as well as North Korea signal the Trump administration’s intent to adopt a tough stance toward the Islamic republic.

ZTE pleaded guilty to the US accusation that it sold US-made electronics to Iran and agreed to pay a $1.19 billion fine.

“We are putting the world on notice: The games are over. Those who flout our economic sanctions and export control laws will not go unpunished — they will suffer the harshest of consequences,”

Speaking days before King Salman’s arrival in Beijing and immediately after the sanctioning of ZTE, Chinese Foreign Minister Wang Yi positioned his country as a friend of both Saudi Arabia and Iran. Mr. Wang urged the countries to “resolve the problems that exist between them via equal and friendly consultations” and offered to play a mediating role.

There is little prospect for successful mediation with Saudi Arabia and Iran viewing their global rivalry as a zero-sum-game and the kingdom hoping that a tougher US policy towards Iran will extend its window of opportunity in what is fundamentally an uphill battle against Iran.

The sanctioning of ZTE sends China a message that the US does not endorse business as usual with Iran and that this could have consequences for future US – China trade negotiations.

Closer military relations and Saudi hopes that US sanctions will complicate Chinese engagement with Iran counter perceptions that Chinese President Xi Jinping was tilting towards the Islamic republic when he visited the Middle East in early 2016.

King Salman hopes to exploit this window of opportunity while in Beijing in what is fundamentally an unequal battle with Iran that brings assets to the table that Saudi Arabia lacks. Those assets no matter how degraded include a large population, an industrial base, resources, a battle-hardened military, a deep-rooted culture, a history of empire, and a geography that makes it a crossroads. Saudi custodianship of the Muslim holy cities, Mecca and Medina, and money will in the middle and long term not be able to compete.

Significance of Iran in the region

Iran’s strategic advantage is nowhere more evident than in global competition to shape the future architecture of Eurasia’s energy landscape. Energy scholar Micha’el Tanchum argues that Iran is pivotal to the success of China’s trans-continental, infrastructure-focussed One Belt, One Road initiative in ways that Saudi Arabia is not.

In a study published in 2015, Mr. Tanchum suggested that it would be gas supplies from Iran and Turkmenistan, two Caspian Sea states, rather than Saudi oil that would determine which way the future Eurasian energy architecture tilts: China, the world’s third largest LNG importer, or Europe.

The ability of Iran to capitalize on the fact that it boasts the world’s second largest natural gas reserves and its fourth largest oil reserves was significantly enhanced with the lifting in 2015 of international sanctions.

Read more: Why Russia, Turkey and Iran are natural allies

“Iran, within five years, will likely have 24.6 billion cubic metres of natural gas available for annual piped gas exports beyond its current supply commitments. Not enough to supply all major markets, Tehran will face a crucial geopolitical choice for the destination of its piped exports.

Iran will be able to export piped gas to two of the following three markets: European Union (EU)/ Turkey via the Southern Gas Corridor centring on the Trans-Anatolian Natural Gas Pipeline (TANAP), India via an Iran-Oman-India pipeline, or China via either Turkmenistan or Pakistan.

The degree to which the system of energy relationships in Eurasia will be more oriented toward the European Union or China will depend on the extent to which each secures Caspian piped gas exports through pipeline infrastructure directed to its respective markets,” Mr. Tanchum said.

ZTE pleaded guilty to the US accusation that it sold US-made electronics to Iran and agreed to pay a $1.19 billion fine.

In other words, Mr. Tanchum argued that to determine the balance of power in Eurasian energy and establish One Belt, One Road as the key determinant of Eurasia’s energy architecture, China would need to position itself as the main recipient of Iranian and Turkmen gas. That in turn, would enhance China’s growing economic influence in Central Asia, and further extend it to the Caucasus and the eastern Mediterranean.

China has already many of the building blocks needed to make that a reality: close and long-standing relations with Iran, significant investment in Turkmen gas production and pipeline infrastructure, and the construction of Pakistan’s section of the Iran-Pakistan pipeline.

Hooking the pipeline to One Belt, One Road would allow China to receive Iranian gas not only by sea on its eastern seaboard but also in its land-locked, troubled north-western province Xinjiang.

An unconfirmed news item, posted on popular Pakistani web portal, Defense.pk, from Middle East Eye, by its Editor David Hearst, citing internal sources, claims that Pakistan has agreed to send a Brigade, albeit with non-combat role, to Saudi Arabia to be posted along Kingdom’s Yemen Border – Editor GVS

Pakistan, which hosts One Belt, One Road’s flagship project, the $51 billion China-Pakistan Economic Corridor (CPEC), has refrained from fully engaging with a 41-nation, Saudi-led military alliance perceived to be partly directed at Iran, while the Pakistani parliament rejected a Saudi request for military support in its war in Yemen.

Linking the Iran-Pakistan pipeline to CPEC would increase Iran’s importance for the success of China’s Eurasian infrastructure play. Iran’s geo-political strengths are however not wholly dependent on aligning the Islamic republic with China.

Closer military relations and Saudi hopes that US sanctions will complicate Chinese engagement with Iran counter perceptions that Chinese President Xi Jinping was tilting towards the Islamic republic when he visited the Middle East in early 2016.

With the development of Iran’s Indian-built Chabahar port and the undersea Iran-Oman-India pipeline that would potentially create an alternative Asia-to-Europe energy corridor, Iran is, according to Mr. Tanchum, well-positioned to play both ends against the middle as well as adopt a key role in the trans-Atlantic community’s effort to strengthen relations with India as an anti-dote to the rise of China.

Iran’s geopolitical significance is further enhanced by the fact that competition for Iranian gas favour occurs against the backdrop of expectations that Iranian cooperation with Russia in Syria and elsewhere is opportunistic and unlikely to prove sustainable.

Read more: Will the Chinese string of pearls policy allow it to dominate Asia and should we be worried?

Iranian-Russian competition is already visible in the Caucasus and Central Asia that ironically mitigates in Europe’s rather than China’s favour. Iran is likely to deepen energy cooperation with Turkey in a bid to enhance its influence and curtail Russian inroads in the Islamic republic’s northern neighbors, Azerbaijan, Turkmenistan, China’s principle gas supplier, and Armenia where Russia’s state-owned Gazprom has invested in an Iran-Armenia gas pipeline.

For now, King Salman’s mission in Beijing is facilitated by the fact that Mr. Trump is signalling that Iran’s return to the international fold based on the nuclear agreement is not a foregone conclusion.

The Saudi leader may also be banking on the fact that Iranian President Hassan Rouhani could be fighting an uphill battle in presidential elections in May because the lifting of international sanctions has been slow in benefitting Iran and Iranians economically.

The king’s problem, however, is that Chinese strategists are likely to see obstacles to doing business with Iran as a short-term problem and that China recognizes that in the middle and long-term Iran has assets China cannot afford to ignore.

Previous articleChinese and Turkish militaries to participate in the commemoration of Lahore Resolution
Next articleFrustrated by US Anti-Ballistic Missile System, China Punishes Korean Retailer Lotte

16 September 2021
Previous articleChinese and Turkish militaries to participate in the commemoration of Lahore Resolution
Next articleFrustrated by US Anti-Ballistic Missile System, China Punishes Korean Retailer Lotte