Protectionist Trump and the free world 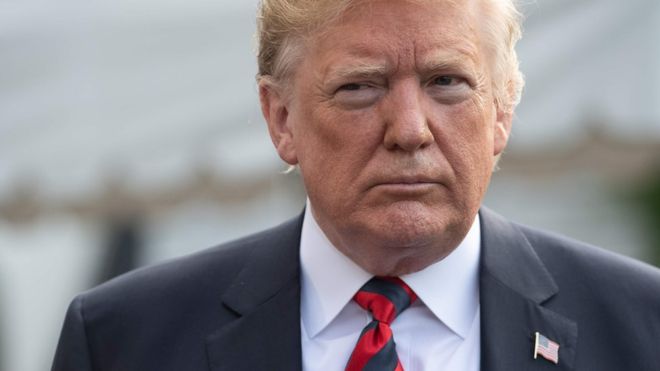 Germany and  China have long been accused of trade imbalance by Trump. The US Topman has been on the offensive against Germany in particular for not playing on an equal field and purposely holding on to huge current account surplus and spending very little purposely, to boost the global economy.

The showdown between the protectionist Trump and free trading Germany was always in the offing. Trump’s campaign’s chief had hinted at trouble with Germany for making virtually no efforts to reduce ballooning current account surplus. Though, patrons of the free trade have lamented Trump for his actions against demolishing the Trans-Pacific Partnership. With other trade deals such as North American Free-Trade Agreement in jeopardy, Crusaders of globalization are continuing their attack on Trump for his controversial protectionist policies.

But, Trump rebukes this by presenting the case for Americans in the industrial areas who are afflicted hard by the consequences of trade resulting in high unemployment and plunge in earnings.

Trump was contemplating a move to put tariff on German products amid the alleged currency manipulation by Germany. In campaign trial, Trump had widely condemned China and Germany for using grossly undervalued currencies which exploited the United States.National Trade Council head, Peter Navarro had sparked controversy by arguing that trade imbalances are manifestations of currency manipulation. Germany in return responded by accusing Trump of protectionism and isolationism.

Free marketeers take a stand with German on expected tariffs, but they also advocate that the German surging surplus is threatening the free market system because it has been the reason for huge world trade imbalance and according to the Economist; Germany is itself a threat to free trade legitimacy.

This was the case witnessed the in 19th century, when Worlds power house British economy endured a lean patch between 1875 and 1877 and its exports to EU and US plunged.

A case for protectionism

Now, where does Trump’s protectionist policy stand? Do they have any takers in today’s era of globalization? With economists lambasting him left, right, and center, history echoes another story which depicts that Trump is not entirely wrong.

History presents a different picture altogether. It depicts that whenever countries have been put to the wall, they have come up with a certain degree of protectionism.This was the case witnessed the in 19th century, when Worlds power house British economy endured a lean patch between 1875 and 1877 and its exports to EU and US plunged. It reacted by creating a Fair Trade League. The objective of this league was to restructure the British commercial policies by imposing the retaliatory import duties. This was the policy objective to retreat the fading empire. This system continued from rather severe to moderate form until 1932, despite pressure groups campaigning for free trade.

Economists Klasing & Milionis, of the University of Groningen, in their paper, Reassessing the evolution of World Trade, 1870-1949,  concluded that trade was on average 32% higher the in period spanning 1870-1949 as compared to existing accounts & in 1913 world trade was as open as was the case in 1974. This indicates globalization had started prior to protectionist policies of 1875 in England and elsewhere to counter free trade.

Paul Bairoch in his book, “the myths and history of economics” reveals that Europe suffered the great depression in the period of liberation spanning 1870 to 1892. While United States was increasingly protectionist in this era and it witnessed the most prosperous time in US economic history when its major competitors were more liberal. But, the opposite phenomenon was observed in Canada during the same era and it performed better during a liberal period.

If we observe the case of Britain, it did adopt the protectionist policies to control falling wages and unemployment. Same is true for America. This shows that there was no hard and fast rule to flourish with liberal or protectionist policies. It varied based on countries economic models and underlying structures.

In response to Trump’s protectionist beliefs, economists condemn short sightedness and accuse him of viewing the trade as a zero-sum game. Sophisticated societies within and outside countries sub-divide the work based on specialization and comparative advantage. The trade deficit with Germany, China and Mexico is questioned as a measure of American failure by the renowned economists on trade such as David Autor.

If the trade is taken as a competition between companies or countries, where one loses and other wins in completely a non-sense argument.  The trade certainly has some costs and benefits attached with it. Sometimes, it results in net benefits and at times, deadweight loss may be upshot.

Although, Edward Elden in his new book, “Failure to adjust” confirms that American communities are hit hard by the advent of globalization and in particular by the rise of Chinese exports to America. This has also certainly put the question mark on the conventional wisdom that trade mostly results in benefits outweighing the cost.

In the run up to the American elections in 2008, in a debate between the democratic candidates, Clinton had argued in favor of renegotiation of NAFTA.

The World may have transformed into a global village and with integration countries are deeply connected like never before, but, each country has its own economic model and structure which requires a unique trade policy. No doubt that trade has alleviated masses out of deep poverty and globalization brought immense progressions in the living standards of the people. Therefore, trade is not to blame but the management of trade amid the huge global competition has been a problem for the US.

Read more: Angela Merkel’s warning: Will the US & Europe grow apart under…

In the run up to the American elections in 2008, in a debate between the democratic candidates, Clinton had argued in favor of renegotiation of NAFTA. She even went on to say, “I will opt out of NAFTA unless we renegotiate it and we renegotiate on terms that are favorable to all of America”. Bernie Sanders also expressed reservation on the fairness of NAFTA deal and questioned its benefits to America. Edmund Burke once said, “Free trade is not based on utility, but on justice”.

Trump is certainly right to create jobs in America by industrialization but violating the world trade agreements and putting tariffs may not be the right policy in the globalized world created by America itself via a truly great revolution the in digital economy. Unwinding the great work of last few decades may not be the right choice. Therefore, opting out of trade deals should not be an option. Rather, a modest strategy is the call of the time through renegotiation of trade deals. If Trump goes on this road of isolation, he will be undoing all the great work done by his predecessors.

However, if the US adopts extreme protectionist policies and economic advisors at helm believe that economic and industrial revival may result in a decline in unemployment and increase in wages, then it may prove extremely harmful as it could be unwinding of all the previous good work resulting in humongous economic costs. Protectionism and liberal policies may not be good enough at their extremes but the modest protectionist policies may not be necessarily a wrong policy as long as it is not targeting one single country based on prejudice built on its continues trade surplus.

Waqas Shabbir is a Derby Business School graduate in Finance, currently working as a  freelance writer. The views expressed are those of the author and do not necessarily reflect GVS editorial policy.

Iran is Trump’s perpetual enemy in the Middle East