Protests Erupting Around The World: Does Anything Ever Change?

Protests have been erupting throughout the world due to several reasons, be it political or social but they seem to mostly fail to reach their goal. There have been many popular protests, how many among them have succeded in bringing a change. 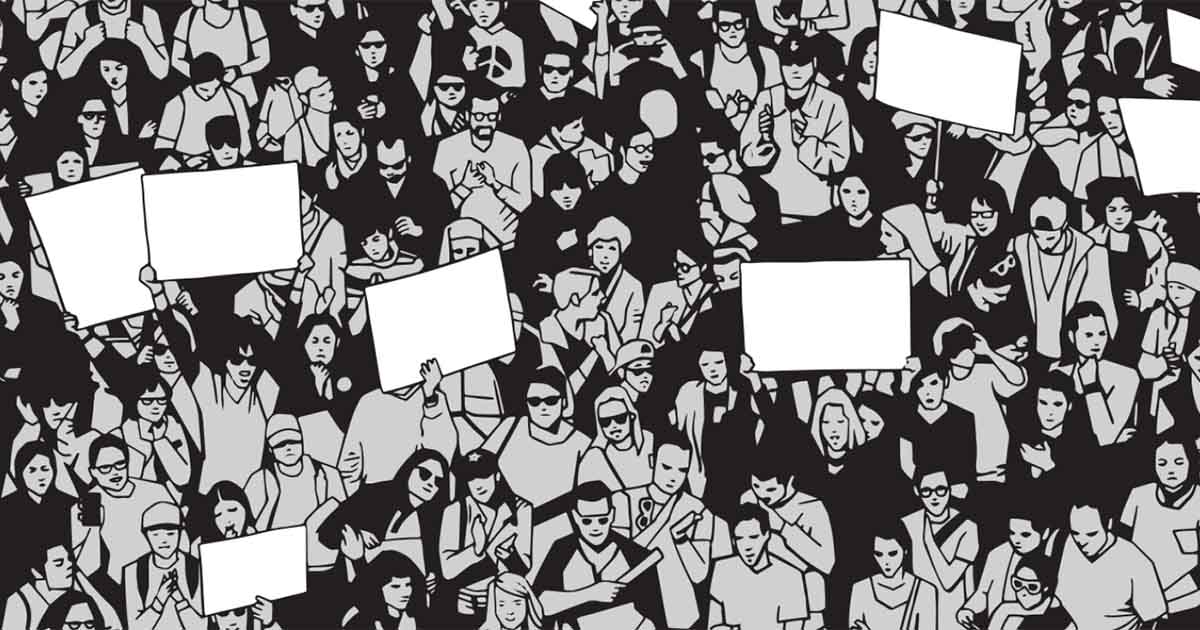 If there is one theme, beyond corruption and a host of economic and social grievances, that have driven protests – large and small, local, sectoral and national – across the globe, it has been a call for dignity.

Reflecting a global breakdown in confidence in political systems and leadership, the quest for dignity and social justice links protests in Middle Eastern and North African countries like Lebanon, Iraq, Jordan, Egypt, Algeria and Sudan to demonstrations in nations on multiple continents ranging from Chile, Bolivia, Ecuador, Venezuela and Haiti to France, Zimbabwe, Indonesia, Pakistan and Hong Kong.

The global protests amount to the latest phase of an era of defiance and dissent that erupted in 2011 and unfolded most dramatically in the Middle East and North Africa with the toppling of the autocratic leaders of Tunisia, Egypt, Libya and Yemen. Of the four Arab nations, only Tunisia has produced a relatively successful transition from autocracy to a more democratic form of government.

The realization that street power needs to be sustained until the modalities of transition are in place is key to enhancing the chances of protest retaining its effectiveness.

Regional and domestic counter-revolutionary forces staged a military coup in 2013 to remove Egypt’s first and only democratically elected president from office, installing one of the country’s most brutal and repressive regime in its post-independence history.

Libya and Yemen are wracked by civil wars, fuelled by foreign intervention. Syria has been devastated by an almost nine-year-long civil war between forces supported by outside forces that were determined at whatever cost to decide the fate of the country’s own popular revolt.

Like elsewhere in the region, Turkish President Recep Tayyip Erdogan used the 2013 Gezi Park protests, the largest anti-government demonstrations in the decade of his party’s rule, as well as a failed military coup in 2016, to reverse Turkish strides towards democracy and political pluralism.

The Middle East and North Africa’s retreat into more repressive authoritarianism and autocracy coupled with crackdowns of various sorts in Russia, China, Hong Kong, and Kazakhstan, to name just a few examples, has prompted analysts to wonder whether mass protest remains an effective way of achieving political change.

“Only 20 years ago, 70 percent of protests demanding systemic political change got it — a figure that had been growing steadily since the 1950s. In the mid-2000s, that trend suddenly reversed. Worldwide, protesters’ success rate has since plummeted to only 30 percent,” concluded New York Times journalists Max Fisher and Amanda Taub in a column exploring the roots of the current wave of discontent.

Mr. Fisher and Ms. Taub base their conclusion on a study by political scientist Erica Chenoweth that suggests that illiberals, authoritarians and autocrats have become more adept at thwarting protest using what she terms “smart repression.”

The future of protest as an effective tool depends similarly on perceptions of a common interest that transcends sect, ethnicity and class becoming part of the fabric of society.

Yet, “smart repression” that involves in Ms. Chenoweth’s definitions efforts to ensure the loyalty of elites; greater brutality and violence by security and paramilitary proxies; enhanced censorship and criminalization of dissent; and depicting revolts as foreign-inspired conspiracies and forms of terrorism is at best an upgraded version of standard authoritarian and autocratic responses.

It’s hard to describe what is smart or more sophisticated about the repression involved in the military coup in Egypt and its immediate aftermath in which more than 1,000 people were killed; the arbitrary detentions of prominent businessmen, members of the ruling in family, religious figures and activists in what amounted to a power grab by Saudi crown prince Mohammed bin Salman; the mass detention of an estimated one million Turkic Muslims in re-education camps in China’s troubled, north-western province of Xinjiang; or the arrests of tens of thousands in countries like Turkey and Egypt.

What may provide a better explanation of the reduced effectiveness of protest may be the fact that for the first time since World War Two, the number of countries moving toward authoritarianism exceeds the number moving toward democracy as a result of what political scientists Anna Luehrmann and Staffan Lindberg have dubbed “the third wave of autocratization.”

Underlying that wave is the rise of a critical mass of world leaders that share a belief in illiberal, authoritarian and autocratic principles of governance and disregard human and minority rights in favour of a supremacist endorsement of the rights of an ethnic or religious group.

The rise of those leaders is in many ways the flip side of the protests. They often are political outsiders, men who may or may not be part of the elite like Donald J, Trump in the United States, Victor Orban in Hungary, Narendra Modi in India, Jair Bolsonaro in Brazil and Rodrigo Duterte in the Philippines but project themselves as forces of change that will tackle the elites’ grip on power.

Aspects of their civilisationalism and reactionary nationalism have empowered and are supported to varying degrees by often opposing political forces that include far-right, anti-migrant and supremacist ethnic and religious groups as well as popular leftists, including some of the Democratic Party presidential candidates in the United States.

Regional and domestic counterrevolutionary forces staged a military coup in 2013 to remove Egypt’s first and only democratically elected president from office, installing one of the country’s most brutal and repressive regime in its post-independence history.

The result is a potentially vicious circle in which civilizational attitudes, increasingly restricted democratic rights and greater repression marginalize ever more societal groups including significant segments of the middle class as well as minorities, who like in the case of Hong Kong, Iraq, Sudan  or the Rohingya, see their resilience hardened by perceptions of having northing more to lose.

Violence on all sides of the divide increases with the risk of militants having a greater appeal. The conclusions of Ms. Chenoweth, Ms. Luehrmann and Mr. Lindberg would bear that out. If the protest is people’s only peaceful alternative in response to unresponsive governments and political forces, undermining the protests’ effectiveness narrows the choices to affect change.

From that perspective, the scholars’ conclusions would amount to a contemporary adaptation of writer George Orwell’s 1944 assertion that “all revolutions are failures, but they are not all the same failure.” However, that may be prematurely jumping to conclusions despite what the scholars project trends. To be sure, the jury is still out on whether the revolts in Tunisia and Sudan will produce enduring political change.

Read more: Iraq Protests: Tug of War between Iran & US over Dead Bodies

But eight years on from the Arab revolts in 2011, protesters determined to secure recognition and their place in society, underline lessons learnt by no longer declaring victory once a leader is forced to make concessions or resign as in Algeria and Sudan and by transcending easily exploitable sectarian ethnic and religious divides like in Iraq and Lebanon, a mosaic of 18 carefully balanced sectarian groups.

Said Middle East scholar Hanin Ghaddar: “For the first time in a long time, Lebanese have realized that the enemy is within—it is their own government and political leaders—not an outside occupier or regional influencer… Political leaders have been unable to control the course of the protests, which are taking place across all sects and across all regions… What brought them together is an ongoing economic crisis that has hurt people from all sects and regions.”

The realization that street power needs to be sustained until the modalities of transition are in place is key to enhancing the chances of protest retaining its effectiveness. The future of protest as an effective tool depends similarly on perceptions of a common interest that transcends sect, ethnicity and class becoming part of the fabric of society.

Dr. James M. Dorsey is a senior fellow at the S. Rajaratnam School of International Studies, co-director of the University of Würzburg’s Institute for Fan Culture, and the author of The Turbulent World of Middle East Soccer blog. This article is republished with the permission of the author.