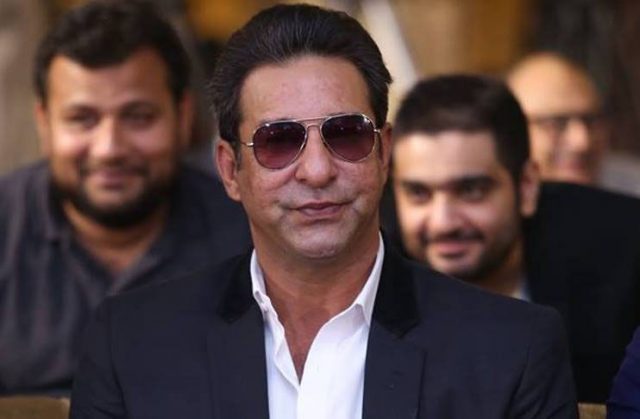 The president of Karachi Kings Wasim Akram believes that his team will look compelling in the upcoming fourth edition of the Pakistan Super League (PSL) starting from February 14. “We have a bunch of talented players who can win us the coveted trophy of the PSL,” said Wasim while talking in Karachi Kings’ anthem launching ceremony in Karachi.

The former pacer said that the things are looking quite strong for them as players’ morale is high and they all are looking to play their role. “We have planned thing accordingly and we will try to execute the plan well,” said Wasim who thinks that the heart of Karachiites beats for Karachi Kings.

Akram said that PSL has brought happiness on the faces of Pakistani cricket fans who wanted to see international stars playing in front of them.

Mr. Salman also requested the commissioner of Karachi who was also present at the ceremony, to provide a cricket ground to Karachi Kings to encourage the local talent in Pakistan.

“PSL brings big days and happy days for Pakistan,” former Test captain stated. Meanwhile, the owner of Karachi Kings Mr. Salman Iqbal gave a special shout out to the fans, for supporting the team from the first edition of Pakistan Super League (PSL) and making it the most popular franchise of the league.

“The love and support we receive from the people of Karachi and the business community are absolutely overwhelming,” Mr. Salman said while addressing to the sending off ceremony of Karachi Kings at Naya Nazimabad. Karachi Kings is renowned for being the most popular franchise and has the largest fan base for any PSL team.

Read more: Rooh Afza and Karachi Kings: A step towards the youth

“I still remember when the first time we went to the bid in PSL season one, there were only three people including Mr. Arif Habib and we were confident that it will become a bigger brand, now it is not only the largest brand in Pakistan but it is the largest brand per capita in the world.”

Mr. Salman further said that Karachi Kings is the largest fan base team in any cricket leagues because of the love Karachi has given.

Karachi Kings has managed to entice famous beverage brand Rooh Afza to be its gold sponsor for PSL4. In addition to being a sponsor, Rooh Afza will be featured heavily in the official Karachi Kings song.

Mr. Salman also requested the commissioner of Karachi who was also present at the ceremony, to provide a cricket ground to Karachi Kings to encourage the local talent in Pakistan. He said that the talent we got through the hunt is terrific especially in interior Sindh.

“We have bought up talent from interior Sindh where the board itself never held a talent hunt programme and we have found amazing talent out there.” Talking about the talent that PSL has produced, Mr. Salman shared an interesting story of the young spearhead Usman Shinwari.

“Our right arm spinner Abrar got injured in the middle of the match, we called up Shinwari on his wedding day and he showed up. This is the passion for cricket.” Shinwari later got selected in the national team with his exceptional bowling stint.

Karachi Kings has managed to entice famous beverage brand Rooh Afza to be its gold sponsor for PSL4. In addition to being a sponsor, Rooh Afza will be featured heavily in the official Karachi Kings song. It will also be present in the dugouts during matches. The step of Rooh Afza to sponsor the Karachi Kings indicates its willingness to reach out to the Youth Bulge of Pakistan.

Karachi Kings left for Dubai on Feb 10, ahead of PSL season 4. The grand ceremony to unveil the trophy of PSL-4 was held in Dubai today and was attended by all 6 captains of teams, Pakistan Cricket Board officials, and other guests.