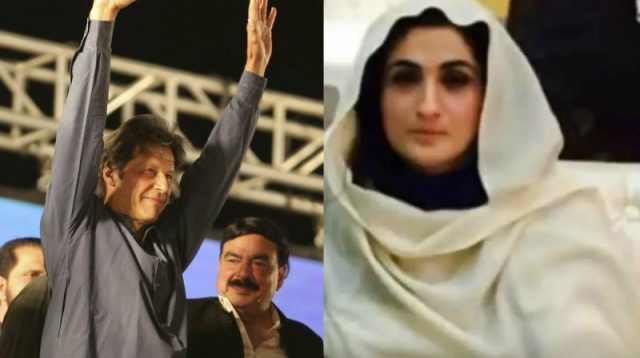 The press release stated the news as a malicious attempt to target the integrity of Imran Khan, who is smoothly ascending in his political career these days. The party in its official statement said that Daily Ummat through their faulty reporting has made several baseless claims regarding Imran Khan’s personal and marital life. The party has informed to file a complaint against the newspaper.

The document further read,  “The filing of malicious news report targeting the integrity of Imran Khan and his family is a clear attempt to scandalize the personal life of our party chief before the upcoming general elections.”

Daily Ummat in their report claimed that Imran Khan was irked with the extended stay of Bushra Maneka’s son in Bani Gala residence.

The report further stated that according to the agreement before marriage no one from Bushra Maneka’s family would stay for longer in Bani Gala residence. The presence of Bushra Maneka’s son from former husband Khawar Fareed Maneka created the differences between the couple.

It also mentioned that Khan’s sisters were not happy with his third marriage but were residing in Bani Gala’s residence. His sisters according to the report were actively involved in the renovation of the residence.

The PTI says the newspaper does not have any evidence to prove their claims. As per the newspaper, they received the news from a credible source in Bani Gala.

The newly married couple has confronted several controversies since their marriage in February. Earlier the news of Imran Khan keeping his pet dog ‘Sheru’ out from the home at the request of his wife Bushra Maneka was too sensationalized.

Should Aung San Suu Kyi be stripped of her Nobel Peace Prize?