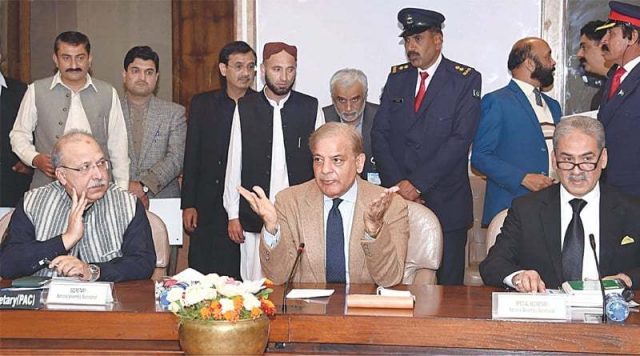 The ruling Pakistan Tehrek-e-Insaf (PTI) and Pakistan Muslim League-Nawaz (PML-N) are vigorously contesting the all-important chairmanship of the Public Accounts Committee (PAC). In the last decade, the leader of the opposition or any member from the opposition benches has been heading the top-notch parliamentary body. PTI, on the contrary to the parliamentary tradition established in the last decade, has decided to keep the post to itself. There is no legal hurdle which could restrict them, but opposition is determined to the keep the post.

Earlier, after the Musharraf regime, Pakistan People’s Party (PPP) government set a precedent and appointed the opposition leader Chaudhry Nisar Ali Khan, to chair the PAC. When PML-N took over, it returned the favor allowing the PPP government to conveniently observe its own spending patterns. However, the incumbent PTI government is not willing to continue this precedent. The PTI government has termed it a ‘conflict of interest’ as the PML_N’s president cannot be deemed fit to examine and justify the extravagant spending made during its term.

The previous two regimes, who are advocating that opposition leader should head the PAC have collectively taken the public debt of Rs22 trillion. It sounds ludicrous to believe that being the head of the committee, he [Shehbaz] would examine the audit reports unbiasedly.

The PAC overseas the spending of the previous governments and scrutinizes and identifies the irregularities committed in the yearly statement of accounts report presented by the auditor general for Pakistan (AGP). PML-N and PTI have been locking horns over the top slot. ThePML-N’s joint parliamentary committee met at the Parliament House on Tuesday and decided to head nine standing committees of the National Assembly including PAC.

The senior leaders of the ruling party opposed the possibility of Shahbaz becoming the chairman, on the pretext that the apex accountability apparatus of the Parliament would examine the irregularities of its own period in power, which is not appropriate. The two status quo parties—PPP and PML-N had signed the Charter of Democracy and decided to dole out this position to the opposition party. After government’s announcement to retain the PAC chairmanship, opposition parties have apparently threatened to not become part of the body.

The treasury benches are consulting the Speaker National Assembly Asad Qasir to deliberate over the allocation of the top-slot of PAC. PTI’s stand on the issue is credible, but, it remains to be seen if the government opts to confront the opposition or not. Speculation is rife that it may decide to avoid any unnecessary hassle and concede to oppositions demand. But, there is no official word on the matter yet. Government is looking to uproot the system of the status quo. It must act boldly, credibly, independently and swiftly to implement its agenda.

The leader of opposition spent Rs11 trillion in the last decade as a chief minister Punjab, and now he would head the body to scrutinize his decisions. If PTI is serious to achieve its target, it must stand firm on its decisions. The previous two regimes, who are advocating that opposition leader should head the PAC have collectively taken the public debt of Rs22 trillion. It sounds ludicrous to believe that being the head of the committee, he [Shehbaz] would examine the audit reports unbiasedly.

Nawaz to architect a plan to defeat PTI in by-polls