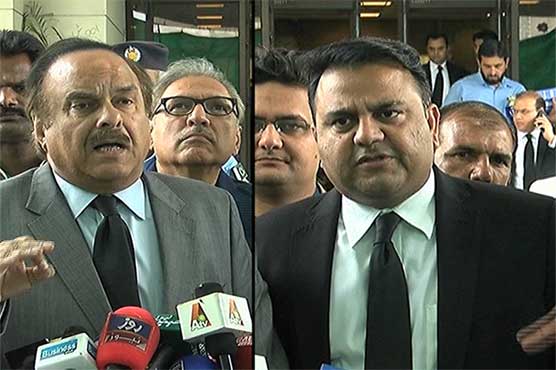 “PM lied to the whole nation on the floor in parliament. He failed to present money trial in the apex court and has lost moral grounds to stay in office” Imran Khan said while addressing a high level party meeting at his residence in Banigala earlier today.

Previously Prime Minister Nawaz Sharif, while in his address in the Parliament on Panama scam, vowed that he has documents of channeling money that was used to purchase apartments in Parklane, London.

Imran Khan said that PM’s lawyers were unable to defend him in the apex court. “Nawaz Sharif’s lawyers lied and misled the court during Panama corruption hearings”, He added. Moreover, he said “after Panama proofs PM Nawaz Sharif has no reason to hold office”.

In an earlier press conference, Imran Khan rejected notion to constitute panamagate commission to probe into the matter. He believes that state institutions can’t function independently under Prime Minister Nawaz Sharif. At this, Chief Justice Anwar Zaheer Jamali remarked that the court does not need either party’s approval to form a commission.