Sources reveal that the PTI-led government is keen on initiating dialogue with the Parliament and Opposition parties to amend the legislation related to the extension or reappointment of the Army Chief. 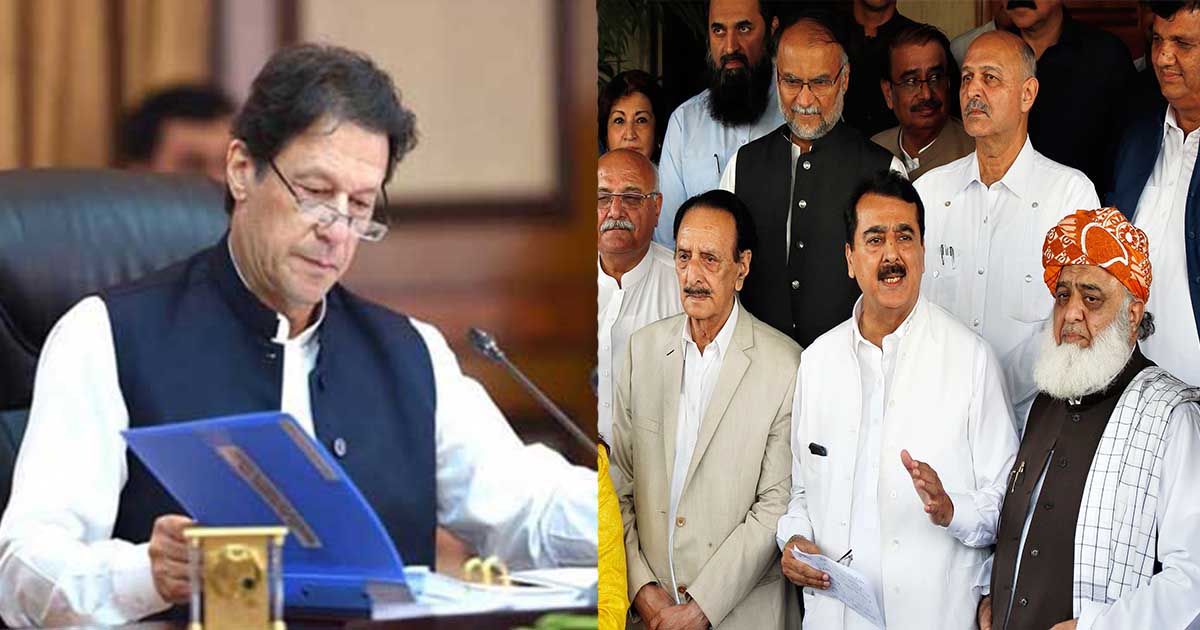 Sources reveal that a day after the three-member bench of the Supreme Court, headed by Chief Justice Asif Saeed Khosa, directed the government to draft legislation on the extension or reappointment of the Army Chief’s Tenure, the incumbent Pakistan Tehreek-e-Insaf government has revealed signs of starting dialogue with the opposition.

Sources reveal that the ruling PTI is keen on initiating dialogue with the opposition parties, and taking them on board with the process of drafting legislation within the parliament.

PTI to Initiate Dialogue with Opposition

Reports reveal that the Imran Khan-led government has urged the Parliament to review all existing legislation with regards to the position of the Chief of Army Staff. The Federal Government appears keen to obtain support from the opposition parties.

The incumbent government has hinted at the possibility of changing its policies, and is also likely to establish a dialogue committee to initiate talks with the leaders of opposition parties. In the instance the opposition lends its support to the legislation, the PTI has committed to further work towards deepening relations with other political parties and creating a “politically friendly” environment.

The Federal Government and PTI has, however, dismissed all notions for a fresh general elections, and maintained that the accountability process will proceed unhindered

Reports added that the incumbent government has also agreed to address the demands voiced by the opposition parties, however, it will not entertain any demands with regards to holding fresh general elections, or altering the process of accountability.

Sources revealed that the Parliament will review the existing laws, including the appointment and extension of the Army Chief, and will be directed to alter the legislation. Prime Minister Imran Khan is likely to hold a meeting with mainstream opposition leaders, including PML-N President Shahbaz Sharif, PPP Chairman Bilawal Bhutto Zardari, and JUI-F Chief Maulana Fazlur Rehman, amongst others.

The sources added that the Federal Government is likely to call an All Party Conference to discuss the matter and apprise the opposition on the government’s stance.

However, it is pertinent to note that the JUI-F Chief, Maulana Fazlur Rehman, has said that the legislation related to Army Chief’s extension will be deliberated upon by the “new parliament” to be convened after fresh general elections.

New Parliament before the six months? One must appreciate that either Maulana has "visions" from God which we ordinary mortals don't or he hallucinates! https://t.co/Pr4qE1j09a via @@GVS_News

The Federal Government and PTI has, however, dismissed all notions for a fresh general elections, and maintained that the accountability process will proceed unhindered.

Pakistan’s faux democracy unable to respect the right to information