PTI goes to the SC over PML-N foreign funding 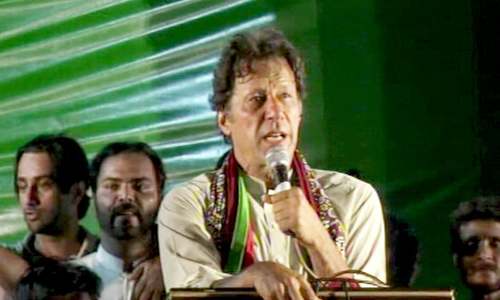 The Supreme Court of Pakistan has accepted the petition filed by the Pakistan Tehreek-i-Insaf (PTI) against Pakistan People’s Party (PPP) and Pakistan Muslim League-Nawaz to look into ‘illegal’ foreign sources of funding.

PTI’s Asad Umar and Shireen Mazari, requested the apex court to order the Election Commission of Pakistan (ECP) to investigate the parties’ sources of funding and withdraw the election symbols allotted to them. The PTI MNAs allege the PPP and PML-N for receiving funds from illegal sources.

PTI itself is facing two separate cases regarding the same issue of foreign sources; one in the SC and the other before the ECP.

The petitions were earlier returned by the register of the Supreme Court on the premise that the concerned forums were not approached by the petitioners. PTI MNAs filed an appeal against the decision and now the Chief Justice Saqib Nisar will hear the case on 15 November.

Moreover, PTI itself is facing two separate cases regarding the same issue of foreign sources; one in the SC and the other before the ECP.

It is important to note that in Pakistan political parties often go to the courts to divert the attention of public from serious and important issues. It has had happened in Panama Papers case where the SC court disqualified the prime minister after which his party started accusing the PTI’s chief of money laundering and all other things the ousted PM was involved in. This trend of the blame game in politics, but when it penetrates the courts it causes a number of problems.

Firstly, such politically motivated cases which only aim at diverting the attention of public waste the time of the court where other important things remain unsettled.

Secondly, it is attempted to get the courts involved into politics. Many of the people know the reality behind many cases filed by political parties against one another. Courts become a place of politics and it damages the dignity of the court.

Thirdly, political parties then do not focus the problems their people are facing rather they become so committed to present their own clarifications in order to maintain their mass support.