In a recent reshuffle, Pakistan saw, Dr. Zafar Mirza was appointed state minister for health and he proved his diligence and commitment today when he walked in a renowned hospital, without a protocol casually and asked patients about the protocols they have to pass through set by hospital authorities. Dr. Zafar has vowed to reform the health sector of Pakistan. 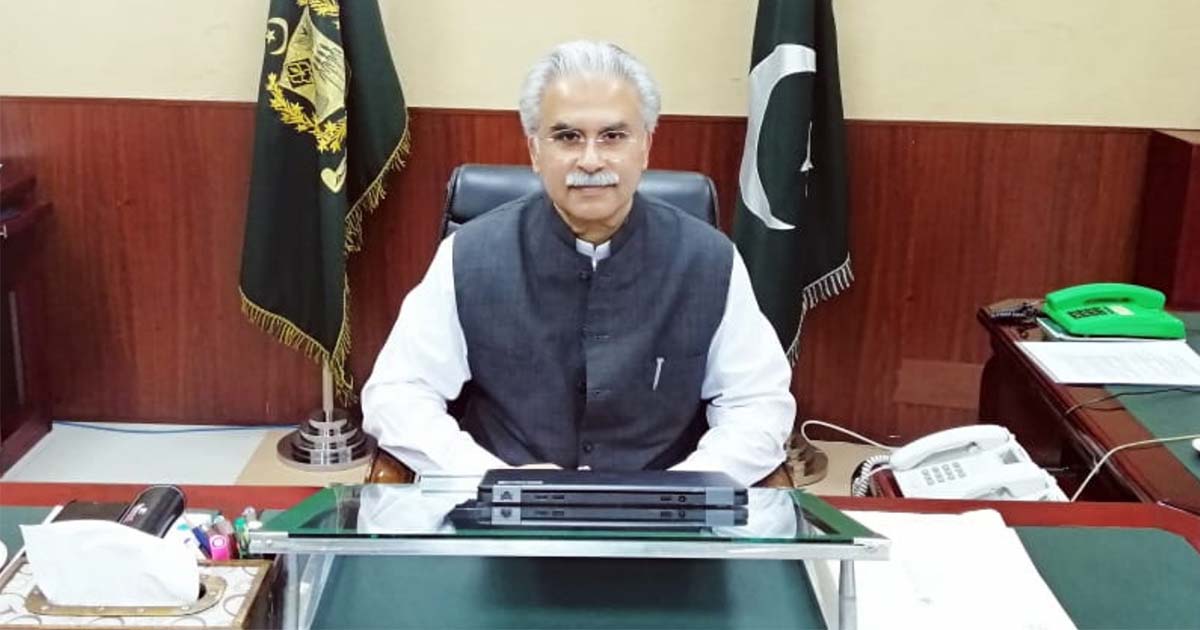 Time and Health are two precious assets that one hardly values unless they are gone. Pakistan, like other developing countries, has been facing serious health issues across the country and the major reason behind that is none other than our rulers’ indifference, callous negligence and one set of standards for themselves (recently exhibited by the disqualified Prime Minister – Nawaz Sharif, as he pleaded to go abroad for his medical treatment abroad or else his life would be in danger). It is interesting to see that this innocent demand came “unapologetically” from the man, who ruled over this country for around four decades, and another set of ruthlessly crafted standards for the poor mass.

In the wake of the recent, “infamous” Cabinet Reshuffle, we saw quite a few familiar faces being replaced by new and fresh faces with renewed spirits. One of the newly appointed Ministers stepping in the Cabinet was the world-famous Health Specialist, Dr. Zafar Mirza, who worked with prestigious WHO for over two decades, venturing across the world, exploring the health systems of 78 countries.

Glad to be entrusted by the Prime Minister of Pakistan, Imran Khan, whose top priority is human development, that involves excellent health facilities and great educational opportunities.

Prime Minister, Imran Khan, appointed him as State Minister for Health, in the later part of April. Despite having humongous challenges furiously staring him in the eye, he folded his sleeves and chalked out a three-month plan for himself involving massive reform agenda.

Today, for the first time ever in the history of Pakistan, we saw a Health Minister, stealthily walking up to PIMS Hospital, Islamabad, in an extremely casual get-up, wearing a cap, pretending to be a patient, moving from one counter to another. I was there to visit my dentist when I came across him and recognized him.

I asked him as to what brought him there and that too, WITHOUT any protocol, in a swag-driven place like Pakistan. He had a hearty chuckle and shared that that was exactly why he was there. To break the protocol cliche and to have a fair idea of where the health system of Pakistan was standing and which areas exactly needed to be worked on.

Health Minister – Dr. Zafar Mirza visited PIMS Hospital, Islamabad, today, as an "ordinary patient", to LEARN abt the issues faced by the masses!👌

"I won't be at peace unless EVERY #Pakistani gets excellent health facilities Insha Allah" – @zfrmrza 👏 pic.twitter.com/GtTt0ET7aL

Having met around 40 patients, he was able to draw a fair picture of where they were lagging behind the private hospitals. The biggest shock that came to him was when he met a breast cancer patient, who hailed from a far-flung rural area and had sold off her buffaloes, their only source of income, to get treated and yet they had a long way to go, God knows how!

He was appreciative of the good things too but was realistic about the issues at hand and sounded quite ambitious to deal with them in the weeks to come. He also shared that he would be visiting every other hospital that fell under his domain and would make a difference. He ended on this amazing note.

“Glad to be entrusted by the Prime Minister of Pakistan, Imran Khan, whose top priority is human development, that involves excellent health facilities and great educational opportunities to every citizen of Pakistan. He told me to reform the health system of Pakistan and I assured him that I would “transform” it and make him proud of my effort, Insha Allah”.

We wish him all the best. Pakistan Zindabad!

Maleeha Hashmey is a corporate trainer, motivational speaker, socio-political enthusiast and human resource development consultant by profession. She has been working with the telecommunication sector as a corporate trainer. She has been working with the Ministry of Education, Khyber Pakhtunkhwa, as a Human Resource Development Consultant & Teacher Trainer. Her dream is to make Pakistan a stronger economic state that the whole world views as a force to reckon with. She can be followed on Twitter via her Twitter handle @MaleehaHashmey. The views expressed in this article are the author’s own and do not necessarily reflect the editorial policy of Global Village Space.

Previous articleECP to hear PTI’s petition against Maryam’s party position on May 27
Next articleIndia has no option other than siding with America in US-Iran scuffle – M.K Bhadrakumar

25 September 2021
Previous articleECP to hear PTI’s petition against Maryam’s party position on May 27
Next articleIndia has no option other than siding with America in US-Iran scuffle – M.K Bhadrakumar