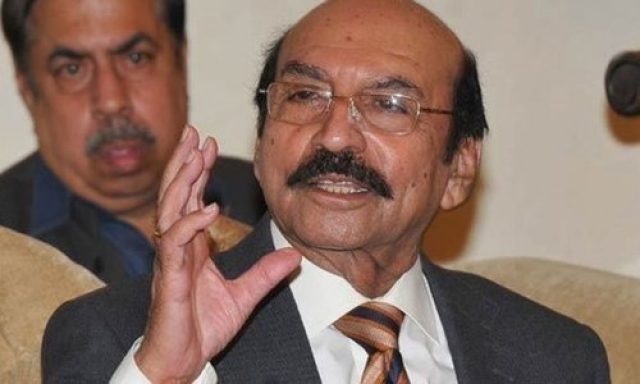 Former Sindh chief minis­ter Syed Qaim Ali Shah has said the federal government cannot run for long because of the way the ruling party is managing the country’s affairs.

He said the Pakistan Tehreek-i-Insaf leadership had made tall claims before elections but they had shown dismal per­formance so far after forming the government.

He said that Supreme Court had questioned federal government’s act of placing names of Sindh chief minister and 171 others on the exit control list. All PPP leaders and activists stood by their leadership like a rock, he said.

Mr. Rahu said in a press statement and in an interview with this reporter on Wednesday that PTI leaders lacked political sense and they were in dire need of training.

He said the PTI government could never succeed in its designs to oust Sindh government. When PPP was in the Centre it had launched many development projects including the Thar coal project which would generate electricity within two months, he said.

Meanwhile, Sindh Minister for Agriculture Mohammad Ismail Rahu has said that instead of wasting time to sneak into Sindh govern­ment through backdoor Pakistan Tehreek-i-Insaf should focus on resolving the country’s burning issues caused by price-hike.

Mr. Rahu said in a press statement and in an interview with this reporter on Wednesday that PTI leaders lacked political sense and they were in dire need of training. They should behave like mature politicians and stop trying to blackmail PPP leadership by hurling childish threats at them, he said.

He said that Chief Justice of Pakistan Mian Saqib Nisar’s remarks was historic in response to PTI’s childish stratagems to remove PPP government. PTI leaders should stop daydreaming about forming its favorite government in Sindh after the CJP’s clear warning, he said.

Rather than dragging Rana Sanaullah from his mustache, Khan should sell KP performance and future policy?