While, addressing the media after a high-level meeting, Qureshi said that Prime Minister Imran Khan has taken the decision to move forward with the process of creation of the South Punjab province. 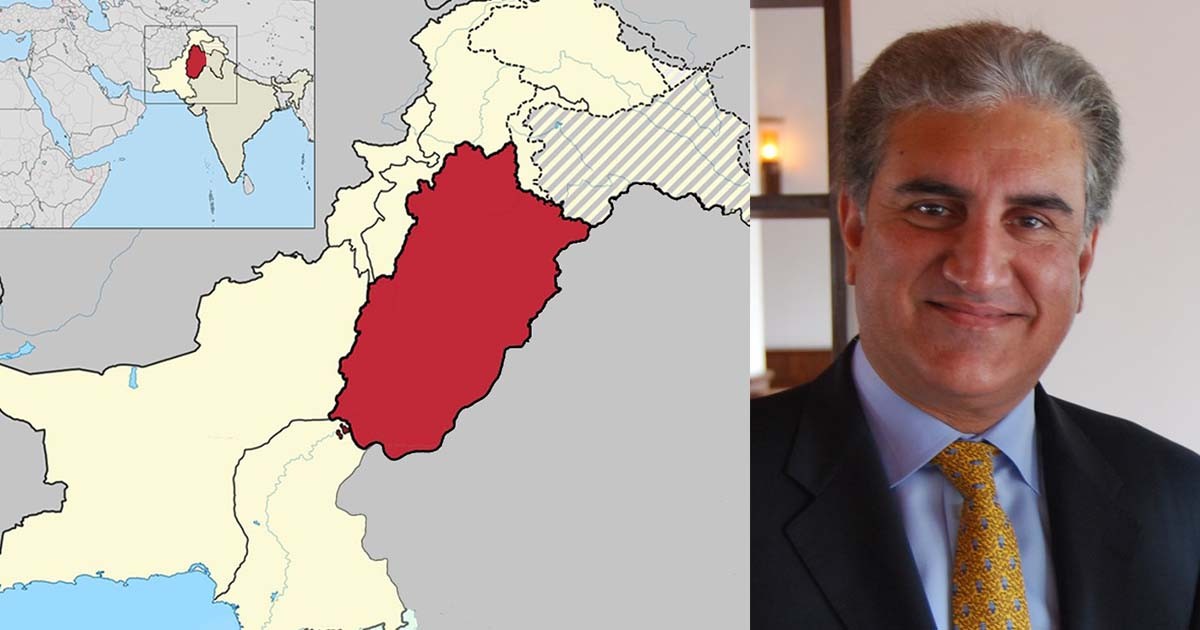 Foreign Affairs Minister Shah Mahmood Qureshi on Wednesday said that a bill will be tabled in the National Assembly for the creation of the South Punjab province.

“Now a strategy has been formulated for the protection of the funds so they can be released at once,” said Qureshi.
He also shared that in April an additional chief secretary and an additional inspector general of police of south would be appointed, one official will set up his/her office in Multan, while the other will set up an office in Bahawalpur.

“The decision has also been taken to set up a South Punjab secretariat,” said Qureshi, adding that Rs3.5 billion has been allocated for the secretariat. He added that adequate measures are being taken to fulfil the promise of a South Punjab province.

“The capital of South Punjab will be decided after consultations with the government and the people,” said the lawmaker from Multan when asked about where the capital of the province would be established.

Earlier, Prime Minister Imran Khan chaired a meeting regarding South Punjab, which was attended by senior government officials and lawmakers from South Punjab.

In recent history, China, Turkey, Eastern Europe, and South America offer best examples of adapting to change, which has brought prosperity to people while focusing on basic human needs. If authoritarian China can be sensitive to human needs of its people, then why democratic Pakistan can not realize the plight of its populations and follow successful models of governance and financial decentralization.

Moreover, decentralization of power will create tax authorities at multiple levels: tehsil or city or district, province and federal. Provincial tax collection will be collected for education, local roads, infrastructure, water issues, and most importantly, for the small industrial local development back-up fund, to offer sovereign guarantees for financing. City governments, like all over China and the west, can collect their own taxes. Federal taxes will then be used specifically for defense, the foreign ministry, the creation of security institutions to back up the city and state governments and other federal institutions.

Financial responsibility is a core component of decentralization. If local governments and private organizations are to carry out decentralized functions effectively, they must have adequate level of revenues –either raised locally or transferred from the central government, as well as the authority to make decisions about expenditures.

No respite for Shahbaz: NAB arrests him in Ramzan Sugar Mills Case