PTI leader Jahangir Tareen answers why he flew to London

Speculation rose as Pakistan Tehreek e Insaf's leader Jahangir Khan Tareen flew to London. However, his recent tweet has clarified why has he gone to London. 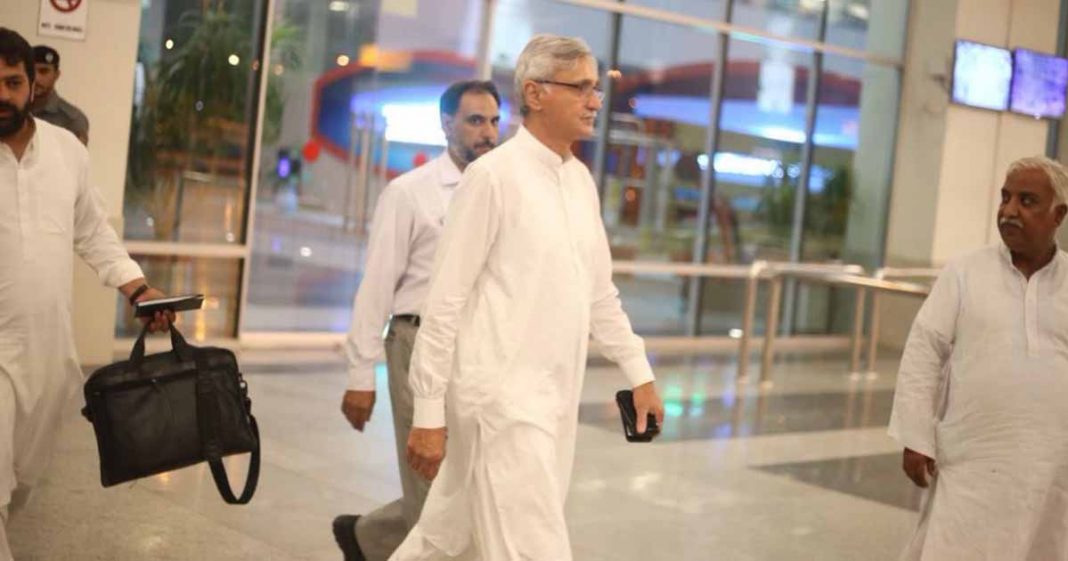 PTI senior leader and sugar scam’s important character Jahangir Tareen reported to have flown to London, credible sources said on Friday. Before his departure for London, he held some important meetings in Islamabad and Rawalpindi.

However, his recent tweet has clarified why has he gone to London.

Seeing media speculating about my trip to the UK. 😊

Nothing to worry about. Since I recovered from my illness in 2014, I have to have regular biannual check ups with my Doctors in the UK.

IA will get a clean bill of health and be back soon.

The sources said that he will return to Pakistan soon, adding that he went for routine checkup. Jahangir Tareen flew to Islamabad from Lahore late night and held some important meetings during his short stay in Islamabad.

The sources said that some leaders were not in the favour of Tareen departure from the country but he during his meetings succeeded to convince them.

It is to mention here that NAB and FIA didn’t launch inquiry of sugar scam and waiting for the government permission.

The sources said that Senate chairman, NA speaker and Defense minister had already requested PM to not initiate further action against Tareen.

Reacting media reports regarding his departure for London to avoid action, he made it clear that he is going for a routine check-up and will return soon.

Pakistan Tehreek-e-Insaf (PTI) senior leader Jahangir Khan Tareen, who is under fire over his alleged involvement in the sugar crisis, has questioned the criteria behind the audit of his nine sugar mills and the selection process by the committee formed to probe the matter.

The PTI leader said that he does not object to the audit of his sugar mills under the committee. “Will the commission discover the reality behind all the sugar mills in Pakistan after conducting an audit of the nine mills?” said the businessman.

It is important to note that earlier this year, following the shortage of wheat flour in the country and the subsequent price hike, sugar had also gone missing from the market. Taking notice of the situation, the prime minister had formed a committee to find out those responsible for the crises.

Did PTI achieve anything substantial in its 100 day test-run?