Minister for SAFRON & Narcotics Control Shehryar Khan Afridi has said that peace in Asia is intertwined with peaceful resolution of Kashmir dispute and the Members of the Parliaments of Europe, United Kingdom and United States of America need to act and help save suffering humanity in Indian Occupied Kashmir (IoK). 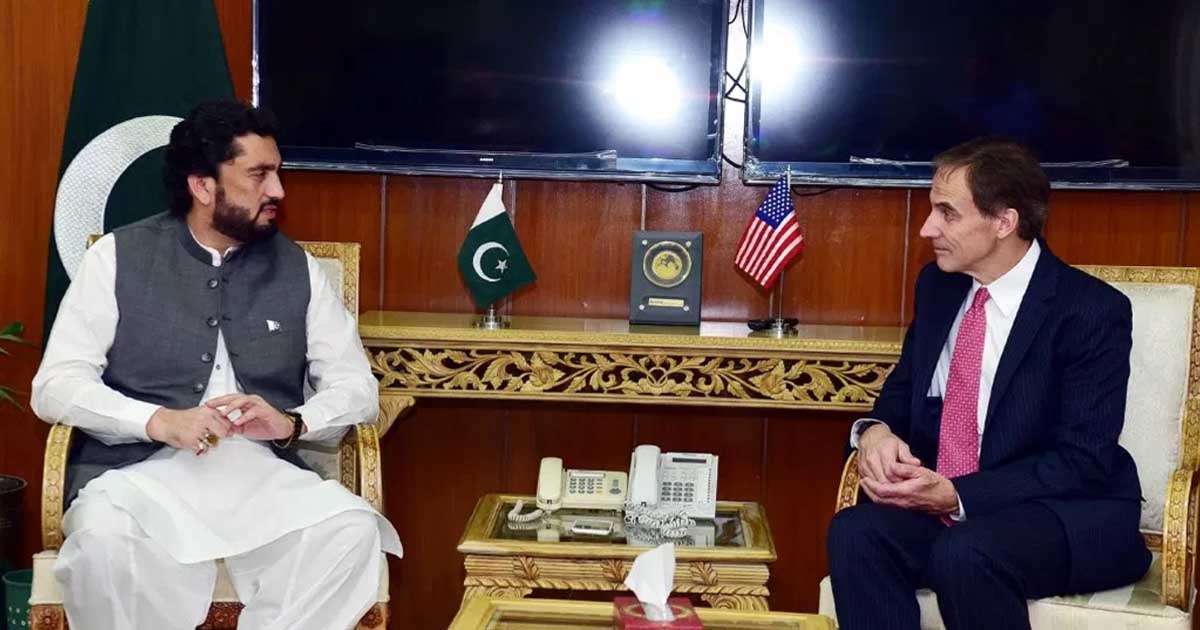 Addressing a delegation of Parliamentarians from United Kingdom and European Union here at a seminar hosted by Young Professionals, the Minister for SAFRON & Narcotics Control Shehryar Khan Afridi said that the western world needs to act rising above commercial and political interests.

“The US, EU and UK Parliamentarians needs to play a lead role in saving the suffering humanity in Indian Occupied Kashmir as you have powerful voices. Who can understand the importance of peace and human rights better than you as Europe was first to accept migrants from across the globe. There was a time when might is right was order of the day. But now you are leading the world and it’s time for you to act and intervene to save suffering humanity in the IoK,” the minister said.

Shehryar Afridi addressed the foreign ministers and asked who could better understand the importance of peace and human rights than Europe. He said Muslims were so moderate that centuries ago, Christian missionary schools were allowed work in northern parts of today’s Pakistan.

“I along with millions of Pakistanis got education from these missionary schools. Today, we are knocking at doors of the west as Indian Occupied Kashmir (IoK) is bleeding but to no avail. The IoK has witnessed so much bloodshed and oppression over the past seven decades but the world keeps mum due to certain economic and political interests linked with India,” he said.

He said peace in Asia is interlinked with Kashmir resolution. “Peace is Asia is mandatory as if we add Russia to Asia, this region hosts 50 percent of the world population. But the world is deep in slumber and pays no heed to human rights violations in India where minorities are being lynched on roads and women are being raped with impunity,” he said.

Minister Afridi argued that perhaps political and commercial interests have overtaken the world powers that are shying away from playing their due role in conflict resolution and to bring peace in South Asia. “If due attention is not given to humanitarian crisis in India, I fear that global peace may get affected.

There are no differences among Asian populace living in Europe, but the deep state in India keeps Kashmir bleeding while minorities are being lynched with impunity”.