PTI’s foreign funds to be audited 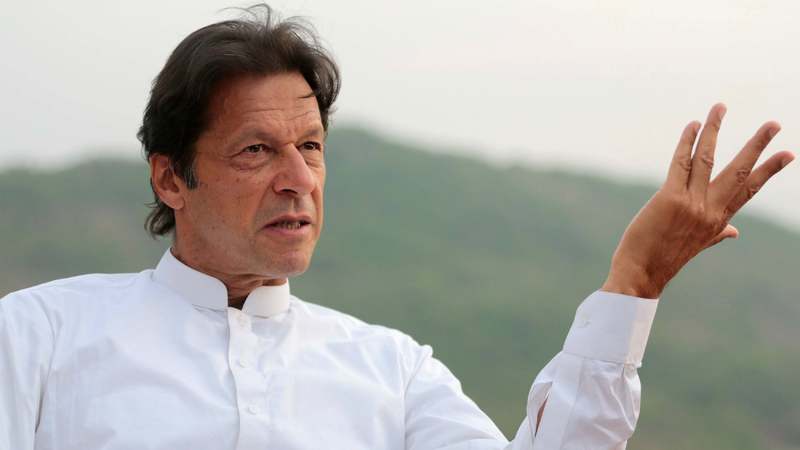 A special committee formed by the Election Commission of Pakistan drafted the terms of reference for the scrutiny of foreign funding received by Pakistan Tehreek-i-Insaf on Friday. According to the ToRs, the committee will audit the PTI’s financial statements and other accounting records between the period of 2009 and 2013, ‘with the aim of finding out any defects and omissions in the disclosure of funds received from abroad’ where the party enjoys widespread support.

The committee would be finalizing and submitting its report within 30 days to ECP. The report would be a factor in determining the fate of the party and its leader Imran Khan. A five-member bench of the ECP headed by Chief Election Commissioner Sardar Mohammad Raza had formed the special committee in the foreign funding case on March 12 – three years after the foreign funding case was first filed, by PTI’s founding member, Akbar S. Babar.

Pakistan Tehreek-i-Insaf which enjoys a landslide support in the international community and especially by the Pakistani expats contends that the petition filed against the foreign funding is based on malafide intention.

The constitution of the committee was welcomed by the petitioner who believes the probe will lead to major disclosures regarding how the PTI allegedly raised “illegal and undocumented” funds from abroad. The petitioner hoped that after the full disclosure of the massive corruption, the responsible leaders including its chairman and members of its finance committee will be banned for life from holding party office.

The foreign funding seems to be an albatross around PTI’s neck as the party has repeatedly tried to fend off the allegations or to ‘obstruct’ the proceedings in this regard. The party moved Islamabad High Court in June last year challenging the jurisdiction of the ECP as well as the commission’s order of May 8 in the foreign funding case where the election regulator reasserted its jurisdiction and stated that the petitioner was still a member of the PTI and had all the legal right to file the case.

In the same month, IHC rejected the plea of PTI and Justice Kayani remarked that the case had been pending for a long time and the court had previously remanded back the case to the ECP with directions for a fresh decision in the backdrop of PTI’s objections.

Perturbed by the decision, PTI again moved the same court in August to challenge the Election Commission of Pakistan’s (ECP) decision regarding hearing of a contempt case against party supreme Imran Khan and to seek IHC’s support for restraining ECP’s jurisdiction. The petition was also turned down. In August, the party was relieved after Chief Justice Mian Saqib Nisar remarked that the top court could not disqualify Imran Khan as a lawmaker for submitting false declarations about his party funds.

On a petition filed by PML-N leader Hanif Abbasi, the chief justice instructed Pakistan Muslim League-Nawaz (PML-N) counsel Akram Sheikh that under the Political Party Ordinance 2002 only funds collected through prohibited sources could be confiscated.

In the same petition which also called for disqualification of Imran Khan and Jahangir Tareen under charges of false declaration before the ECP, non-disclosure of assets in offshore companies, and for being a foreign-funded party, the top court announced verdict in December and directed that the foreign funding case against PTI as a party should be investigated by the Election Commission of Pakistan (ECP).

“It is the responsibility of the ECP to look at the foreign funding case in detail,” Justice Nisar said. The court had ruled that the ECP should look into the foreign funds of the party over the preceding five-year period only. In September, the party, though reluctantly submitted details of its accounts to the Election Commission of Pakistan in five volumes from 2010 to 2017.

PTI had also filed another petition before the IHC in January which was also shot down on January 29th this year. IHC Justice Mohsin Akhtar Kayani also enabled the ECP to proceed against the PTI in the case. The court dismissed the petition on grounds that it has become ‘infructuous’.

When the ECP decided to form a committee for looking into the funding, two nominees, including a Ministry of Foreign Affairs representative declined to be part of the process. Pakistan Tehreek-i-Insaf which enjoys a landslide support in the international community and especially by the Pakistani expats contends that the petition filed against the foreign funding is based on malafide intention.

Quaid-e-Awam vs Kaptaan: ‘Andhi’ can only come from Lahore!