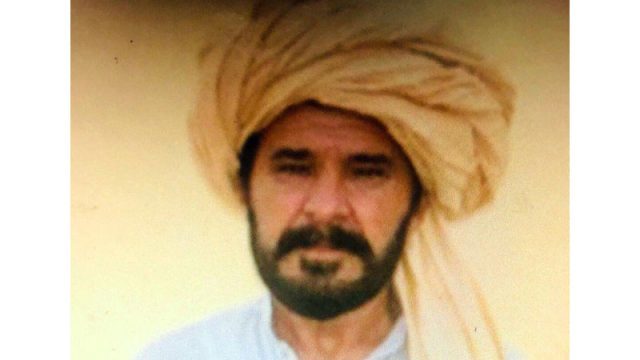 As per the detailed report sent by the Deputy Commissioner of North Waziristan to the KP government, Perkhay Jan has accused PTM leaders Manzoor Pashteen, MNA Mohsin Dawar, and MNA Ali Wazir, amongst other names, of murdering his brother. Perkhay Jan claims that his brother, Malik Matorkay, was killed because he unveiled the hidden agendas of the PTM and spoke up against fabricated anti-army lies.

Malik Matorkay was the brave man who released a video message to clear all the allegations against the army on the Shariatullah-abduction raid case, which became a subject of the false propagandist activities initiated by PTM.

The special report prepared by DC Mirali, North Waziristan reveals that Perkhay Jan stated that he and his family merely tried to reveal the complete truth and ensure that the conflict is peacefully resolved. “However, PTM attempted to aggravate matters and even attempted to use the Wazir Jirga in DI Khan to knock down the houses of me and my brother. When they failed in this endeavor, I and my brother (Malik Matorkay) were threatened with frightful outcomes. Therefore, I decided to leave the area,” said Perkhay Jan.

Perkhay Jan’s testimony further reveals that he was attacked by two cloaked men on a motorcycle in the Naurang area of Lakki Marwat on Saturday. “I managed to escape the incident alive, and one day later, my brother Gul Shamad Khan (Malik Matorkay) was murdered”.

Perkhay Jan blamed PTM leader Manzoor Pashteen, MNA Mohsin Dawar, MNA Ali Wazir, Eid Rehman, Dr. Gul Alam and Malik Nasrullah for the murder of his brother, Malik Matorkay. Jan went on to say that these leaders were not only responsible for murdering his brother but in fact, they are responsible for “every single development in the Khaisor episode.” He claimed, “The PTM leaders held illicit gatherings and Jirgas at Khaisor to rally up the locals and launch a fallacious propagandist campaign against my family”.

During an interview conducted by Dr. Moeed Pirzada on his show ‘Live with Moeed Pirzada’, KP Information Minister Shaukat Yousafzai condemned the murder of Malik Matorkay and regarded it as an “unfortunate incident” given the sacrifices that have been made by the local people and the Pakistan army to drive out terror from Waziristan and FATA.

The anti-state noises emerged from Sindh, Baluchistan, and Karachi as opposed to the north. If it had been a Pashtun movement, why would a leader like Achakzai support it?”

“Undoubtedly, PTM is a propagandist party and it is attempting to undermine the developments that the federal government is seeking to invite in the region.”

KP Information Minister remarked that it is difficult to understand how this infamous group has emerged to defend the rights of the Pashtun. While referring to the report compiled by DC Waziristan on the murder of Malik Matorkay, Minister Yousafzai sternly responded, “We intend to take firm action. Waziristan does not operate on the laws of the jungle, and the accused culprits will be dealt with as per the law of Pakistan”.

PTM: Political Representation for the Pashtun or Anti-State Propaganda?

KP Information Shaukat Yousafzai stated that it is ironic that such sentiments are erupting at a time when there is peace throughout the region. “There have been many organizations that emerged to malign the army and its efforts, and PTM is also a propagandist party that is attacking the army on the basis of false allegations. The real major challenge is to bring back the IDPs and reinstall them in the region”, said Yousafzai.

“The issue of PTM began during the tenure of the previous government, and several talks have been held with the PTM leadership over the course of time. During each dialogue, the PTM leadership has failed to put forward any clear demands,” remarked KP Information Minister.

Dr. Moeed Pirzada shed light on an interesting fact that the current Federal government is dominated with ministers of Pashtun origin, and many of these ministers are leading the integral federal ministries of the country. Dr. Pirzada reminded the audience that the Prime Minister himself is half-Pashtun, while ministers like Shaharyar Afridi, Murad Saeed, Zartaj Gul and Azam Khan Swati, amongst several others, are also Pashtun, and heading key positions within the federal government.

Dr. Pirzada raised the question that despite such a heavily Pashtun-dominated federal government, why does the Pashtun community need PTM to address its grievances?

Ghani’s concern for the fate of the PTM leadership is akin to Indian concern over Baluchistan. It (PTM) is a clear manifestation of the Indian-Afghan nexus that promotes terrorism in Pakistan.

“The entire KP government consists of Pashtun ministers, including me”, remarked KP Information Minister Yousafzai. “If the grievances were rising from the Pashtun community, we would have been the one to represent them as we are the elected Pashtun leadership.” Yousafzai remarked that the people have elected us as their political leaders and representation, and the PTM leaders who have reached the assembly “would not have been able to secure seats in the assembly had we chose to contest our representatives against them”.

“The Prime Minister has allocated 100 billion for FATA and seeks to welcome prosperity and peace within the region, while groups such as PTM seek to create propaganda and upheaval to undermine our efforts. We want to bring an end to the struggle of the IDPs, which require urgent compensation, educational infrastructure, and means of development”.

PTM: A Brainchild of NDS-RAW Nexus?

While referring to the agendas of the PTM leadership, KP Information Minister Yousafzai issued a stern warning, “If an organization believes that it can win the support of the neighboring countries by maligning the state and state-run organizations of Pakistan, such sentiments and actions will not be tolerated. We are a nuclear state, and KPK is an integral part of the country there is no room for such malicious intentions”.

Dr. Moeed Pirzada highlighted the support that PTM and its anti-state claims regarding abuse against the Pashtun community have garnered from Western media outlets like the BBC News, Washington Post, New York Times, Voice of America and the political think-tanks across America.

“This (PTM) is indeed western propaganda that seeks to malign the achievements the Pakistan Army has made in securing peace within the region. They are using certain actors and agents to further their campaign against the Pakistani state,” replied KP Information Minister Yousafzai

Yousafzai went on to say that when Mahmood Khan Achakzai claimed that “KP is a part of the Afghanistan territory, the people of this province gave him a befitting response”. He regarded PTM as a “foreign anti-Pakistan agenda”, and condemned its actions against the Pakistan army and its efforts in Waziristan.

Minister Yousafzai warned all malicious organizations and individuals against inciting violence and propaganda as FATA and Waziristan are opening up to wide-scale development and prosperity.

During a discussion moderated by Anika Nisar on her primetime show ‘Capital Live with Anika’, (R) Air Marshal Shahid Lateef, senior military strategist and political analyst, also commented on the origins of PTM. He remarked, “When we regard how this movement started, it is evident that it has no connection with the Pashtun or the north. The anti-state noises emerged from Sindh, Baluchistan, and Karachi as opposed to the north. If it had been a Pashtun movement, why would a leader like Achakzai support it?”

“There are no ambiguities about the origins of PTM. It is a classic example of foreign lobbying, and malicious intentions are driven by the agendas of the Afghan leadership. Ghani’s concern for the fate of the PTM leadership is akin to Indian concern over Baluchistan. It (PTM) is a clear manifestation of the Indian-Afghan nexus that promotes terrorism in Pakistan. Pakistan has fallen prey to the double standards exercised by the leaders of Afghanistan and India, and there is no doubt that this organization is promoting the interests of foreign powers”, noted (R) Air Marshal Shahid Lateef.

While speaking to KP Information Minister, Dr. Pirzada brought up the case when the Afghan officials refused to release the body of SP Tahir Dawar to any other “Pashtun except PTM leader MNA Mohsin Dawar”.

“I and Minister Shaharyar Afridi were of the opinion that since we are both Pashtun, we will receive a warm welcome and regarded as one of their own by the Afghan officials. However, we were shocked at the cold reception that we received. At the end of our ordeal, they said that the body of SP Tahir Dawar will only be handed over to the Pashtun leadership, which was ironic because both me (Yousafzai) and Shaharyar Afridi were Pashtun, while another Wazir Mehsud minister, Ajmal Wazir, was also present”, narrated Minister Yousafzai.

“Our pleas of being Pashtun were ignored, and a man was brought forward as the rightful Pashtun leader-MNA Moshin Dawar”, stated Minister Yousafzai.

Minister Yousafzai warned all malicious organizations and individuals against inciting violence and propaganda as FATA and Waziristan are opening up to wide-scale development and prosperity.

Previous articleDealing with unemployment during the pandemic
Next articleSargodha University sub-campus: HOD arrested for sexual harassment

Will opposition bring down government?