CM Usman Buzdar has issued a notification to give permission to coronavirus patients with mild symptoms to quarantine themselves at home. The most populous province has also eased the lockdown. Experts warn of dire consequences. 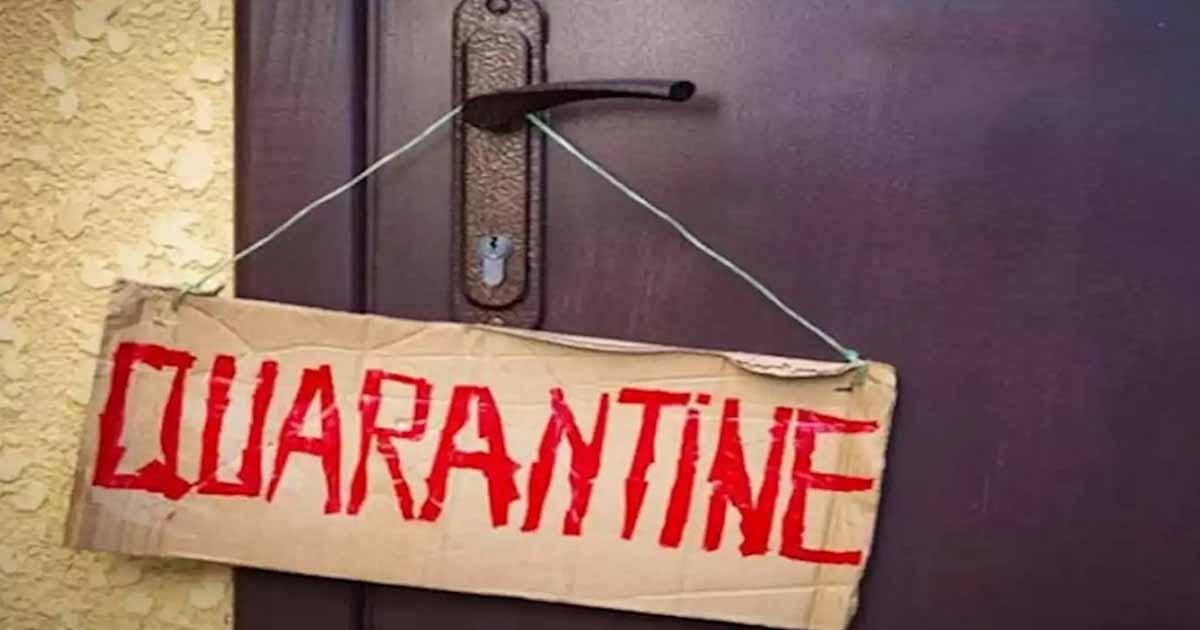 Punjab Chief Minister (CM) Sardar Usman Buzdar on Sunday gave his permission for coronavirus patients with mild symptoms to quarantine themselves at home rather than being admitted to a government facility. The permission for home isolation has been granted as the cases in the province are steadily increasing.

As of Monday, Punjab has reported 11,093 positive cases of COVID-19. Pakistan has confirmed 662 deaths due to the deadly pandemic.

The provincial government has thoroughly explained as to what constitutes home isolation. This has been done in view of not over-burdening the health system which is apparently collapsing to cope with increasing cases.

Home isolation: SOPs to be followed

According to a notification issued by the Punjab Primary and Secondary Healthcare Department here on Sunday, the Punjab chief minister, on the directions of corona expert advisory group and technical working group, has advised for following standard operating procedures (SOPs), devised by the International Health Organisation (IHO) for home isolation.

▪︎Concerned family will be informed about SOPs and procedure before granting permission for home isolation. He stressed that patient kept in home isolation will be bound to inform about his condition on daily basis.— Reforming Punjab (@ReformingPunjab) May 10, 2020

He said that the patient would be kept in home isolation under the supervision of the district health authority concerned in a building where all necessary facilities were available.

CM Buzdar said that such hotels, school buildings, mosques, hostels, and community centers could also be used for isolation where all necessary facilities were provided by the government which would also take the responsibility to disinfect the buildings on a daily basis.

“However, buildings, where cooling and heating systems can cause the spread of the virus, cannot be used for isolation,” he made it clear.

Buzdar said that solid waste of patients would be disposed of according to the given guidelines.

The chief minister said that the committee would also review space for keeping patients in home isolation according to the number of family members whereas the family would be informed about the SOPs before allowing any patient home isolation.

“The patient would be bound to inform the authorities about his condition on a daily basis and testing protocol would be mandatory for the patient,” he said.

Pakistan has lost extremely crucial time in its fight again COVID-19. We were at less than 100 cases when all public health experts started emphasising on the need to lockdown. We chose to lockdown half heartedly & called it a partial lockdown

PMA President Dr Ikram Tunio said despite the so-called lockdown, not only COVID-19 cases were on the rise but dozens of people were dying on a daily basis. “But if these so-called restrictions are lifted, this will spread like a fire in the country, especially in Karachi, and our health system would be unable to bear the burden,” he warned.

Warning that opening businesses and allowing congregations would open the ‘floodgate of coronavirus’ in the country, Dr Tunio said the doctors were not satisfied with the government’s measures to deal with the pandemic. He added that if the situation continued, there would be no space left in the hospitals, and people would die at homes and in the streets.

Read More: Covid-19: Pakistan could have tackled it better

Disapproving the idea of home isolation, Pulmonologist and former PIMA President Prof Sohail Akhtar said COVID-19 was not just a disease of the respiratory system as the virus was resulting in narrowing down and closure of blood arteries, the common manifestations of which were stroke, heart attacks and collapsed lungs that had been causing sudden deaths in the country.

“For the last eight weeks, we have been fearing and predicting that COVID-19 cases will increase and [calling for] steps to be taken to slow down its spread as much as possible to reduce the load on our health system. We feel that the cases are on the rise and there would be an exponential increase in the coronavirus cases in the coming days,” Prof Akhtar maintained.

Nawaz Sharif’s anti-Pakistan interview and its cost: A snake in the grass?

Is Pakistan headed towards educational disaster as schools remain closed?

The lawyers’ strike and how the government should deal with it