Punjab Police: The tale of Salahuddin might move Govt for reforms

The government is taking “cosmetic” measures to pacify the public after a series of cases of torture and violence. There needs to be an unshakeable political will to reform Punjab police through fundamental institutional changes 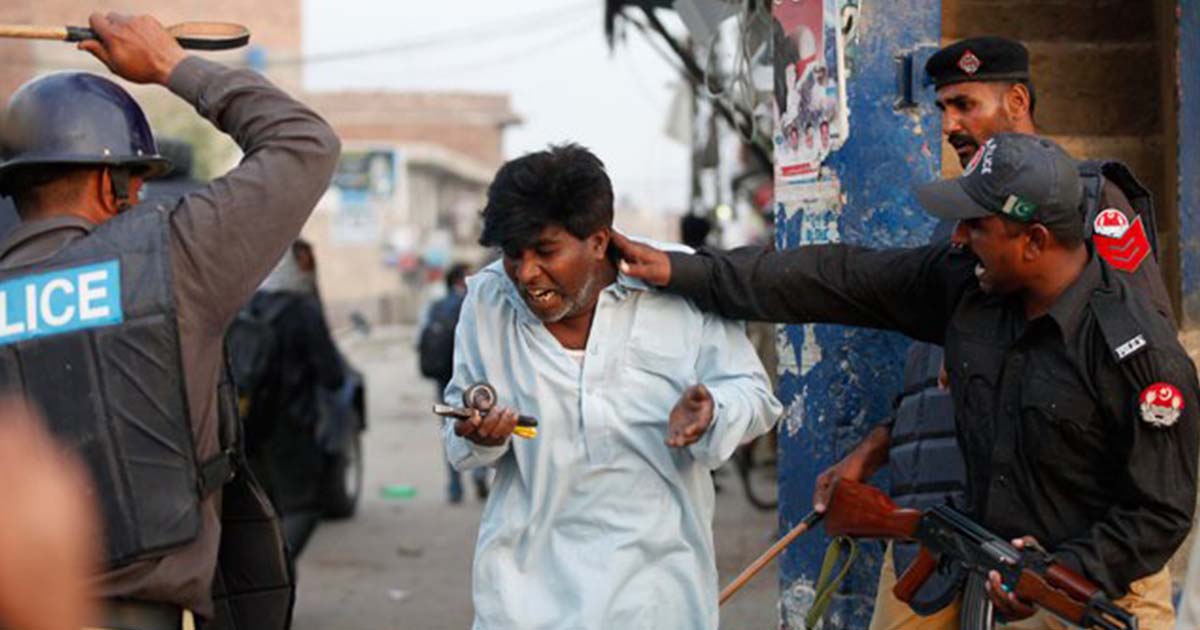 After facing severe criticism, the Punjab government has announced some “cosmetic” measures to reform Punjab police. In the latest development, the chief minister had directed the DSPs and DPOs to submit affidavits that there were no torture cells within their respective jurisdictions, said his spokesman Dr. Shahbaz Gill.

Incidents of torture and deaths in custody have marred the image of Punjab police as the practice continues unabated. The government should introduce reforms in the police system to put an end to such practices.https://t.co/ieVbojlCQt— NayaDaur Media (@nayadaurpk) September 11, 2019

Dr. Gill was speaking at a News Conference on Wednesday when he informed the nation that the Prime Minister himself is monitoring the reform committee tasked to de-politicize Punjab police. He further explained that the senior officers shall be responsible for the cases of violence and torture against any common citizen. “FIRs will be lodged against the DSPs and DPOs if any torture incident surfaces or a torture cell is found,” he quoted the CM as issuing a warning.

Furthermore, he also said that a complaint box for the public would also be installed outside police stations and the keys would be with the DPOs or RPOs to assess public problems.

The ex-IG of Khyber Pakhtunkhwa Nasir Durrani, who was tasked to carry out reforms in the Punjab police, resigned after what critics said was interference by politicians.

Police in Punjab has been facing severe criticism after a series of cases went viral. The police officers could be seen beating up the accused persons and making videos. The IG police recently took notice of the matter and banned smartphones within the premises of police stations which drew public criticism.

PTI government is also under a verbal attack on social media for not being able to show seriousness if it really wanted to reform the police.

Reforming Punjab Police: A Question of Political Will?

Syeda Aminah Gilani, a Lahore-based academic and political commentator, believes that the police may not be reformed until the overall socio-cultural discourses is improved. “Whether PTI government is,” points out Ms. Gilani, “sincere in reforming the Police culture is questionable question itself, because the Police is not a department working in isolation, it is part of the greater political and state structure where the evil practices have existed, lingered and now seem to have become an inevitable part of the political system”. She adds “unless the socio-political mindset doesn’t start changing one cannot expect Police to become an ideal department on its own, as it is part of the whole”.

While commenting on the capacity of the police department she laments that no reform packages have ever been implemented in its true spirit. She maintains that “the capacity building of Police has been recognized by previous governments and was placed on list of their agenda, the National Action Plan, National Internal Security Policy, NACTA act have included the crucial and significant role of Police department in country’s fight against violent extremism, however, only a practical implementation stays missing. Police is at the center in the achievement of good governance practices, with promulgation of Police Order 2002 Police was expected to move out of its decades-old “thana culture” which has long paved way for causing distrust and dislike between the public and Police. Though Police department in Pakistan has laid several lives in the line of duty, their sacrifices remain overshadowed by acts of utter inhumanity and immorality with the conduct of extrajudicial killings and torture on the pretext of political orders or otherwise”.

Ms. Gilani further believes that one more important “aspect which deserves to be taken into consideration is the selection and training criteria, which needs to be revisited for the personnel falling in the lower hierarchy of the police department as it is those Police individuals who are expected to make most interactions with public and as witnessed it is them who cause most dishonor to this crucial state institution”.

As a matter of fact, the PTI promised before coming into power to reform the police and make it a model institution. But after assuming the offices, the party has failed to introduce any change which might have impacted the performance of the police across the province. It has disappointed many of PTI’s supporters who were expecting to live in Naya Pakistan.

Abdul Sattar, columnist, and journalist, recently noted that “Let us begin with the independence of the police department and the current ruling elite’s claim to put an end to political influence. Soon after the government came into power, the DPO of Pakpattan was transferred – some say for merely doing his duty – something that shocked many admirers of Khan. The ex-IG of Khyber Pakhtunkhwa Nasir Durrani, who was tasked to carry out reforms in the Punjab police, resigned after what critics said was interference by politicians. This further fuelled suspicions about the claims made by the new government, and later developments seemed to have vindicated them.

The regulation comes after several cases came to light in recent days of suspects dying in the custody of Punjab Police due to alleged torture.https://t.co/tk3uTYukxW

The Islamabad police came under tremendous pressure when reportedly people belonging to federal minister Azam Swati’s side beat up a poor family close to the minister’s farmhouse. Interestingly the minister admitted having encroached upon a few canals of CDA land.”

Sources claim that the project of de-politicization of police in Punjab became even difficult because of the attitude of the local leadership who believes without accommodative police in the province, it is not possible to ensure the functioning of the government.  In initial meetings with members of the provincial assembly, the Prime Minister was also informed that Punjab has different political dynamics and cultural background as compared to KP.