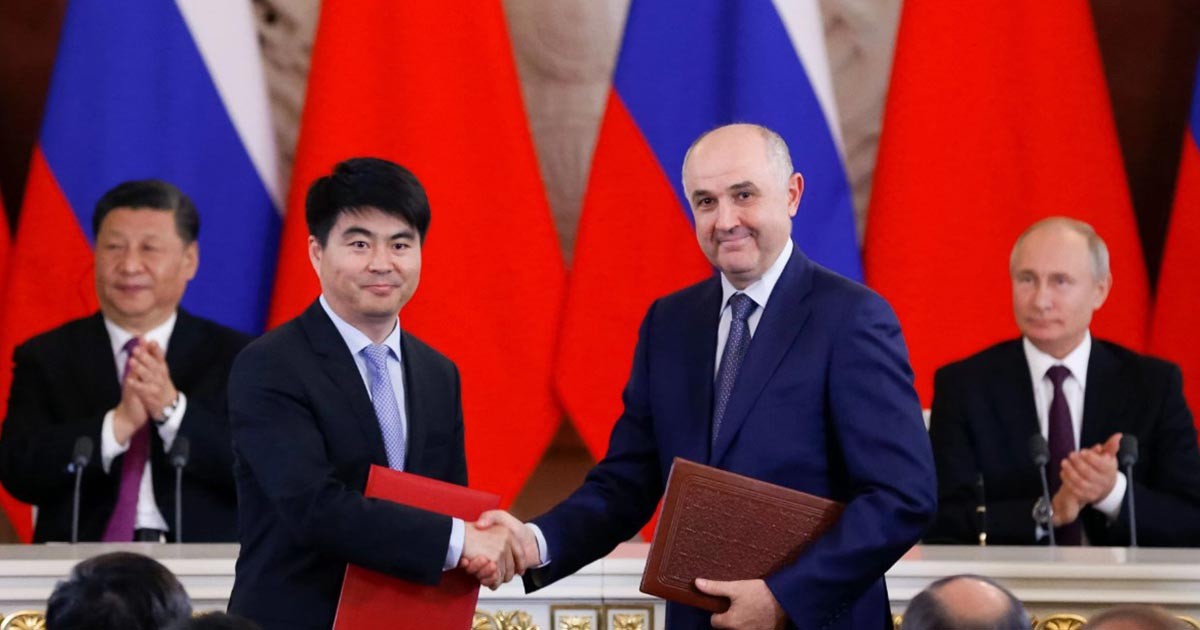 Russian President Vladimir Putin slams US moves against Chinese tech giant Huawei on Friday. The company has signed a deal to develop a 5G network in Russia.

Speaking at an economic forum also attended by Chinese President Xi Jinping, Putin condemned “the situation around the company Huawei that they are attempting not just to squeeze but to unceremoniously push out of the global market.”

“In some circles, this is even being called the first technological war of the dawning digital era,” Putin said.

Huawei’s reported potential involvement in Britain’s 5G network has proved politically sensitive and Theresa May’s government insisted no decision has been made on the issue.

Despite international concerns that it could present a security risk, Huawei on Wednesday signed an agreement with Russian telecoms company MTS to develop a 5G network in the country, on the sidelines of a meeting between Putin and Xi in Moscow.

The Chinese telecom giant has been in turmoil since May 2019 when US President Donald Trump’s administration banned US companies from selling high-tech equipment to Huawei over suspicions it is spying for Beijing.

Several companies have already distanced themselves from Huawei, including Google, whose Android system equips the vast majority of smartphones in the world.

Huawei’s reported potential involvement in Britain’s 5G network has proved politically sensitive and Theresa May’s government insisted no decision has been made on the issue.